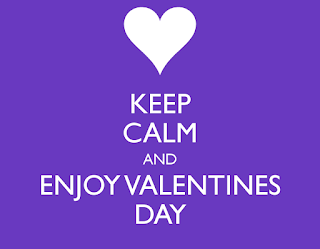 Here’s wishing a happy Valentine’s Day to all the lovers out there and online. I’ll be spending my day with Sainted Wife Barb and our children. I hope you have someone to hug today.

Yesterday, I posted some of my goals for the immediate future and I’ll have some more of those between now and the full-scale return of the bloggy thing on March 1. However, today, I wanted to update you on my 2016 convention and appearance schedule.

Here’s where I’ll be this year:

Over on Facebook, I have been discussing charging for autographs, as well as charging some nominal appearance fee to conventions and other venues. There’s a lot for me to consider here.

However, for all of the conventions and appearances listed above, I will not be charging appearance fees or charging for autographs. That will also be the case for any other events that I add to the above schedule this year.

I’ll be hitting 65 on December 22. Depending on what else is going on in my life - work, health, and so on - I likely won’t be doing as many appearances in 2017. Gather your autographs while you may.

I’ll be back tomorrow with a bloggy thing preview of Pensacon, the Pensacola Comic Con being held February 19-21.

Posted by Tony Isabella at 7:59 AM