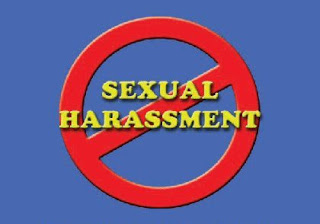 We start with some observations and thoughts...

Sexual harassment in the comics industry has never seemed to result in severe enough consequences for the men who committed the acts. The revelation Bill Cosby was a serial sexual predator didn’t seem to have much impact beyond him. The Dumpster’s admission of sexually harassing women was minimized by Republicans and other monsters of the right because all that was really important to them was winning elections and serving their rich benefactors.

The “conversation” continued, but didn’t have more than occasional consequences for the sexual predators. It took the exposure of film producer and studio executive Harvey Weinstein’s long history of sexual harassment and rape to give us some hope that the floodgates were finally opening and that other predators would be exposed and punished for their crimes. It’s even resulted in the exposure of a once0beloved actor - Kevin Spacey - as a criminal who would prey on an underage male.

While I have no doubt the overwhelming majority of sexual abuse is visited by men upon women, it is important to remember that men can also be abused and raped...and, obviously, that not every sexual predator is male. The horror of these revelations is made all the more so because they are just the start.

Recently, I was up and web-surfing at one in the morning on account of my life is insane. Three hours sleep at a clip is the most I can usually manage.

One of the several inadequate comics news sites I follow recently published a kind of think piece on the horrific, still continuing sexual harassment in the comics and entertainment industries. This is an ongoing disgrace. It should be dealt with severely.

When it comes to the comics industry, I have pledged that at every convention I attend, my table should be considered a safe space. If you feel harassed or in any way threatened, for whatever reason, you are welcome to come to my table and stay there as long as you need to. I will stand with you.

That said, I took more than a little offense when the writer of the above piece railed against men who are not harassers or predators and loudly proclaimed "How can you not know?"

How can I not know? Because I'm not a harasser or predator. I don't think like them. I can't even conceive of thinking like them. Their thought processes are alien to me.

I work out of my home office in Medina, Ohio. I don't physically go to any offices. I have visited the new DC Comics offices in Burbank exactly once and, it being a Friday afternoon, almost no employees were there. I have never been at the current Marvel Comics offices or the NBM/Papercutz offices or any of the offices of the other publishers with whom I work. Heck, I haven't even met the majority of my current editors and publishers.

When I attend a convention, I seldom hang out at the hotel bar. I don't usually go to parties or, when I do go to parties, stay for more than an hour. During the actual convention, I concentrate on answering questions, offering creative advice when it's asked for, selling stuff and signing stuff. If I'm lucky, I get to wander the convention floor from time to time, chatting with other guests and buying things I probably don't need. The Japanese melon bread was a particularly bad choice.

If you have been harassed or worse, tell your stories. I will stand with you. But don't expect me to somehow know all about conduct absolutely alien to my conduct...and especially don't condemn me for not knowing about it. I'm just a guy living my crazy life and trying to keep it all together so I can love my family and friends, help them when I can and keep producing work people enjoy. I never mastered being omniscient.

Posted by Tony Isabella at 5:09 AM