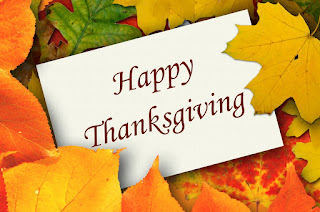 Today, a dozen years later, there was still no explanation for what actually happened on Thanksgiving, 2017. No compelling, convincing rationale for what began in such a small way and grew so large that it changed the world.

The scientists admitted they could not explain it. They could not even figure out how to try to explain it. Many looked inward, saw this as a sign that they were but children in a universe too vast to be understood. Most determined to work even harder to explore what they had some small chance of understanding and to use their new knowledge to, simply put, make things better. The cure for cancer was found in 2021. Other benefits to mankind would follow.

The evangelicals were astonished that there was no Rapture despite their efforts to support candidates and policies that would surely hasten the End of Days. Some cursed the brightness. Others turned inward and found it within their hearts and minds to fully embrace the divine love that was supposed to be at the core of their faith. Other religions took similar paths.

In every human endeavor - education, energy, entertainment, health care, manufacturing - the arrogance of the powerful and the greed of the obscenely wealthy - began giving way to actions and policies based on embracing their great responsibilities for the benefit of all. A new age had begun.

The politicians had it the roughest. Few could hold themselves to the new standards of this new age. Some would simply walk away from their offices. Others would try to make amends for the evil they’d done. There were many confessions in the halls of government. There were men and women who begged for a chance to make things right and redeem their souls. There would come greater appreciation for all three branches of government and their individual responsibilities to the common good. There would be new political parties and many, many new faces.

This change was not exclusive to the United States. Forgive me, but as the smells of today’s Thanksgiving dinner drift up to my office, I want to finish today’s column and join the family and friends who have gathered in our home. I can write about Europe and England and Russia and the Middle East and Asia and North Korea and the rest another day.

The pop and the light lasted but a few short seconds. Some people felt different immediately. Others denied anything had happened at all. Most just wondered and, from time to time, reflected on what it would be like to feel that way all the time.

The phenomenon went largely unreported. If mentioned at all, it was a paragraph or two relegated to the back pages of the newspapers or amusing banter on an early am morning mid-morning noon afternoon early evening late night news program. There was just so much news. Except for the occasional celebrity guest on a talk show, it wasn’t something anyone was talking about. At first.

Realizing how precious their rights of expression were, the people responded with more expression, more speech, more determination to be heard. While the President ran out of appointees, the scientists joined the struggle. Within months, there were alternatives to the government-controlled internet.

Things continued to change. The formerly powerless demanded power. They embraced all the “others” the President and his supporters had tried to demonize. They had their fill of politicians playing them off against one another. They embraced the American dream and were determined to make it reality.

The members of the American Rifle Association ran their bought-and-paid-for-by-gun-manufacturers leadership out of the organization. They demanded the politicians enact the common sense laws they had always favored.

The true Christians, the true Muslims, the true atheists, the true practitioners of the Jewish faith opened their doors and hearts to one another. They proclaimed that while their paths to the goal might differ, the goal was the same for all of them.

Love would trump hate. It might take decades for bigotry and racism to be fully swept away into the dustbin of history, but there was little doubt of that unstoppable outcome.

Seconds. An audible pop heard round the world. A brightness in the sky and in our hearts. A warmth that lifted our souls.

Seconds. The world changed. We changed.

The family is calling for me. They will expect me to say something profound before the meal. “You’re the writer,” they will say and I know that they know my truest self.

So I will express my thanks for human imagination. For our shared ability to imagine a better world and make it so. Tomorrow starts with an idea. The day after tomorrow, that’s when we start working to make that idea reality.

If we can imagine it, we can create it.

This has been a good year. Next year will be a better year.

With a pop and a brightness and a warmth.