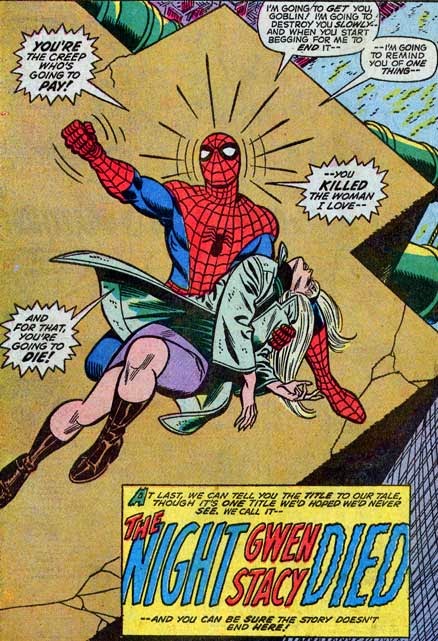 This week in TONY'S TIPS at Tales of Wonder...The finale of my three-week series on romance in super-hero comics.

Posted by Tony Isabella at 6:28 AM No comments:

“Fighting for Diversity: Comic Books and Race” is a lecture I’ll be giving for Black History Month at the main branch of the Cleveland Public Library (325 Superior Avenue) on Saturday, February 28, at 4 pm. This is part of the series of lectures and talks hosted by graphic novel comics scholar Valentino Zullo.

I’ll be looking at the history of racial diversity in comic books, drawing on images from the comics themselves, as well as stories from my own career and knowledge of the comics industry. I hope to showcase various comic books featuring diverse characters and also talk about some of the African-American comics creators who worked in the industry since the dawn of that industry. There will be the usual Q&A session following my presentation.

I’m excited to have such a great opportunity to discuss and promote  something dear to my heart and of keen interest to me. As I explore a return to comic-book writing, I want diversity to be a key part of any new comics writing I do. So, throughout the year, I will be writing on diversity while seeking the insights of comics creators and readers. I am a man with a mission.

Zullo’s “Get Graphic! A Graphic Noel Speaker Series” will continue through the spring with such participants as Dr. Vera Camden, Marc Sumerak and Dr. Brad Ricca. I’ll have more on those lectures as we get closer to them.

I hope to see my area bloggy thing readers at my presentation this Saturday afternoon. Admission is free to all.

Posted by Tony Isabella at 11:07 AM No comments: 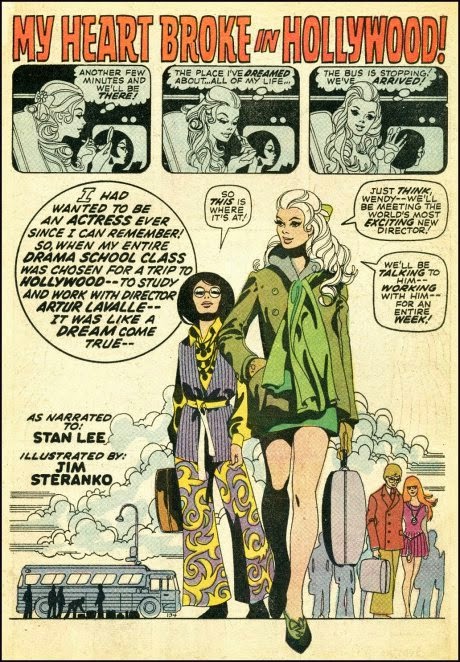 This week in TONY'S TIPS at Tales of Wonder...We're looking at romance in the comic books of the 1960s. Feel the love!

My 2015 convention and public appearance schedule launches with the Wizard World Comic Con Cleveland, February 20-22, at the Cleveland Convention Center, 300 Lakeside Avenue in downtown Cleveland Ohio. My plan is to average two such appearances a month through the end of the year. Since I didn’t go anywhere last month, I’m already two behind. We’ll talk more about this soon.

I enjoy attending Wizard World events. They might not be all about the comics, but I always have a good time at them. From a strictly professional standpoint, I also like the opportunity to introduce new fans to the comic books I love.

Editor, writer and comics historian Danny Fingeroth will be hosting several comics-oriented panels over the weekend. I’ll be on two of them...

75 years ago, in 1940, as the Nazi conquest of Europe continued and the Battle of Britain raged, the United States watched from the sidelines while instituting the first peacetime draft. At the same time, the world of comics was experiencing an incredible sustained period of invention, as The Joker, Robin, Green Lantern, the Flash, Hawkman, the Spirit, Catwoman, and Captains America and Marvel all debuted! (Not to mention the debuts of pop culture icons Bugs Bunny, and Brenda Starr, and classic movies Fantasia and The Great Dictator!) Showing and discussing historical and cultural factors that made that year so important is a panel including Mike San Giacomo (Cleveland Plain Dealer), Tony Isabella (Black Lightning), Tom DeFalco (Spider-Man), Aaron Sagers (ParanormalPopCulture.com) and Danny Fingeroth (Disguised as Clark Kent: Jews, Comics and the Creation of the Superhero).

FROM CAP’S SHIELD TO AGENTS OF SHIELD TO GROOT! MARVEL COMICS AT 76 with DANNY FINGEROTH & TONY ISABELLA

In 1939, Marvel Comics #1 debuted, unleashing The Sub-Mariner and The Human Torch on the world, and launching what would come to be known as the Marvel Universe. Danny Fingeroth (Stan Lee Universe) and Tony Isabella (1000 Comic Books You Must Read) present an illustrated tour through the seven decades of comics, movies and TV series that make up the phenomenon that is Marvel.

Besides the panels, I will also have a table in Artist Alley. While I won’t be selling anything this time around, I will be available at various scheduled times to

- answer your questions about my work and the comics art form and industry in general;

- be interviewed for podcasts, print media and other things of that nature. Be respectful in your questions and I’ll do my best to give you what you need for your articles and broadcasts.

When it comes to signing, I don’t charge for my autograph and don’t limit the number of items I’ll sign for you.

I won’t sign Black Lightning merchandise on which I have not been  paid royalties.

I won’t sign DC Comics encyclopedias or histories or similar items because I have found these books to be filled with deliberate and knowing errors of fact.

The show hours are...

I’m looking forward to attending the show and meeting as many of my readers as I can. See you soon!

Keep following this bloggy thing of mine for updates on all things Isabella, announcements of future appearances and, maybe as soon as early March, a return to our usual nigh-daily parade of news, views and reviews, comics history and whatever else strikes my fancy when I’m in a bloggy state of mind.

Posted by Tony Isabella at 11:41 AM No comments: 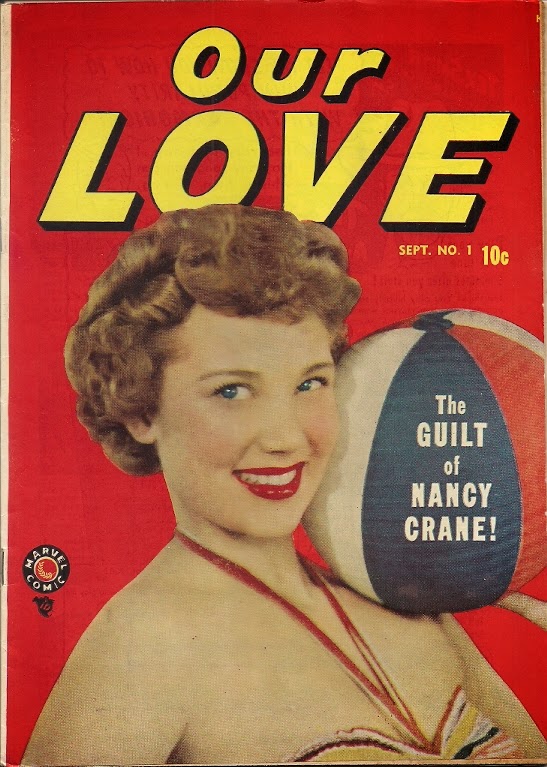 This week in TONY'S TIPS at Tales of Wonder...The first in a series of special Valentine's Day columns. Feel the love!
Posted by Tony Isabella at 8:52 AM No comments: 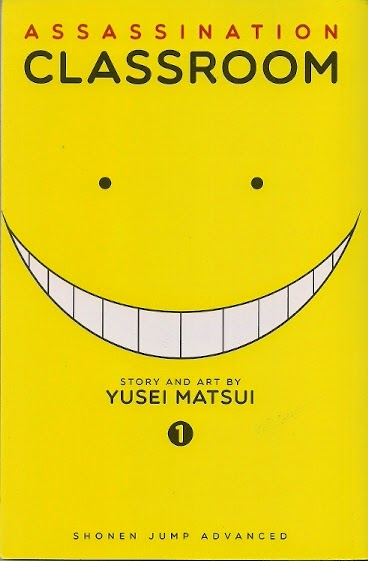 This week in TONY'S TIPS at Tales of Wonder...Planet Comics, Assassination Classroom and Manifest Destiny.

Posted by Tony Isabella at 9:57 AM No comments: 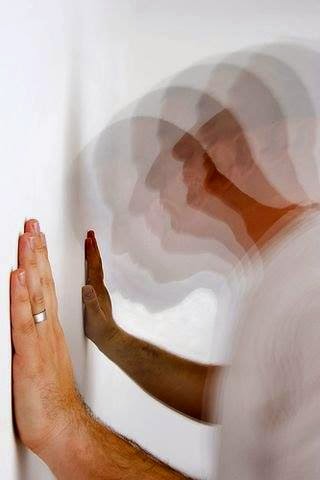 I am about a week behind where I had hoped to be today, but I don't think I'll be falling any further behind. The inclement weather has brought a few problems for Casa Isabella, though nothing too serious. I'm just going to barricade myself against the winter hellscape without and do the best I can. On the bright side, at least I don't have to explain why I called a pass play when the win was like a one-yard run away.

I won't be making any appearances in March. I'm staying close to home with the hope of getting back on schedule and then ahead of schedule.

Maybe these invitations are going out automatically, but I'll remind you I am not on LinkedIn and don't use Google+.  Neither is going to change.

All comments to this blog have to be approved by me before they post. This keeps out the anonymous trolls and the spammers. If you post an appropriate comment, be patient. I check the blog every couple hours to approve them.

That's all for now. Have a great day.
Posted by Tony Isabella at 8:53 AM No comments: