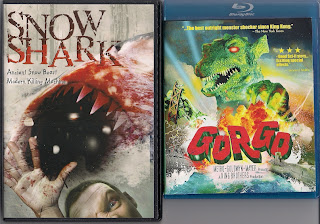 ﻿For just under two months, I’ve been suffering an ailment called
“trigger finger.”  This is what Wikipedia has to say about it:

Trigger finger, trigger thumb or trigger digit is a common disorder
characterized by catching, snapping or locking of the involved
finger flexor tendon, associated with dysfunction and pain. A
disparity in size between the flexor tendon and the surrounding
retinacular pulley system, most commonly at the level of the first
annular (A1) pulley, results in difficulty flexing or extending the
finger and the “triggering” phenomenon. The label of trigger finger
is used because when the finger unlocks, it pops back suddenly, as
if releasing a trigger on a gun.
I’m experiencing this in my right pinky finger, which turns out to
be far more painful than I could have imagined.  One of the reasons
this bloggy thing of mine went on hiatus was because I could only
write so many hours a day before the pain would become too intense
for me to continue.  I had to put my paying gigs first, which meant
the bloggy thing had to put aside.

Since I couldn’t manage much after I finished writing each day, I
got in the habit of watching movies on Blu-ray or DVD.  Most came
from my local library system, but I also bought others via Amazon
gift cards kindly sent to me by readers.

Gorgo [1961] may well be the first giant monster movie I ever saw.
To save us from the perils of inappropriate movies, the parochial
school I attended would show movies every Sunday afternoon in its
auditorium.  They showed many fine and wholesome movies, but what
really packed the house was when they showed monster movies.  Much
to my delight, the school started showing a lot of monster movies:
Invasion of the Body Snatchers, War of the Worlds, The Beast From
20,000 Fathoms and Gorgo, just to name a few.

Gorgo is the tale of a boy and his mom facing the folly and greed
of man. Curious Gorgo visits a small island run by a harbor master
whose claim of being archaeologist is little more than a cover for
his treasure-salvaging operation.  Two equally avaricious salvage
ship operators want in on that action.  They capture Gorgo and make
arrangements to exhibit the monster in London.  What could possibly
go wrong with a plan like that?

I love Gorgo.  Yes, the title monster and his even more monstrous
mother move awkwardly through their scenes.  They lack the grace of
Ray Harryhausen’s Beast and the awe of the rampaging Godzilla, but
the movie draws viewers into its story and such complaints are soon
forgotten.  Watching it on Blu-Ray, some of the flaws become more
obvious, but it’s still a terrific film and remains one of my all-
time favorites.

My love for Gorgo encompasses the Charlton comic books that ran for
several years in the 1960s, even the ones not drawn by Steve Ditko.
I even have the novelization of the movie, as well as those written
for Konga and Reptilicus. I’ve not read any of them yet, but there
will come a time in the not-so-distant future when I read and write
about them for your amusement and edification.

Snow Shark: Ancient Snow Beast [2011] is one of those movies I had
to see, even if I had to pay for it.  The Internet Movie Database
summarizes the movie:

Twelve years ago during a scientific expedition, three animal
biologists stumbled upon a great discovery that ended in tragedy.
Whatever killed them has awoken and now the legend of the Ancient
Snow Beast could prove to be more than just a legend.

Written and directed by Sam Qualiana, who also stars in the film,
Snow Shark is hilariously bad.  For the most part, all we ever see
of the shark is a fin moving through the snow.  When we finally see
the shark near the end of the movie, it looks like an inflatable.

The cast of characters is impressive.  Every few scenes, a bunch of
them get killed off so that new characters can be introduced.  I’m
wondering if Qualiana sold the roles to raise money for the movie.
I hope he gave a discount to the two actresses who go topless in a
hot tub before getting eaten.  I hope he didn’t give a discount to
the sheriff’s son who gets his junk eaten while taking a piss in a
snowbank.  Because the kid had to know that was coming.

My snarky comments aside - I cut out the one about Qualiana getting
a good price on rubber guts and fake blood - there are two sort of
neat scenes in the movie.  Both come near the end of the film, so
I’m activating the

After the title snow shark is exploded, the two surviving members
of the hunt are heading for town.  That’s when they see a bunch of
fins cutting through the snow.  Yeah, I saw this scene coming, but
it was still effective.

My favorite scene takes place in the town cemetery.  The widow of
one of the first batch of shark hunters is paying her respects at
his grave.  In the distance, you see a shark fin gliding across the
graveyard.  The shark doesn’t attack.  The scene is merely a cool
reminder of the ongoing threat.

I had to pay for Snow Shark.  However, if you come to my first
garage sale (April 26-27) , you can get it for less than my cost.
It was fun to watch one time, but just the one time.

I have more movie reviews coming your way soon: Alex Cross, Attack
the Block, Darby’s Rangers, Enthitan (Robot) and The Heroic Trio.
One of those is really bad.

Posted by Tony Isabella at 7:06 AM