THEY ARE NOT WORTHY 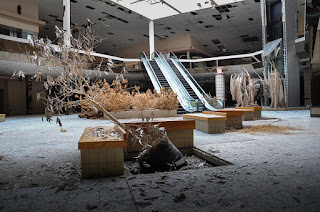 Low expectations have been the lot of comics fans and professionals since I started attending conventions as a teenager. We often met in basements and ill-kept ballrooms. We stayed in hotels that rated two stars at best. We were young. We were a community not remotely respected by the world around us.

“Geek” and “nerd” were insults and not badges of honor. We had not yet taken over the entertainment world. Indeed, we still hear from those who used to dismiss us completely that this “comics movie bubble” cannot last. Even as our films break record after record. Even as our TV shows occupy several hours of prime-time programming. Even as our graphic novels win mainstream awards. They still turn up their noses at us, all the better for them to see the comet before it takes them to join the dinosaurs.

In 2013, I attended the New York Comic Con at the Javitz Center in rude and squalid Manhattan. It was a repugnant event created by a soulless corporation that saw only dollars and not our vibrant art form and eager devotees. Adding further insult to insult, the thing was held in a woefully inadequate facility.

No discernible crowd control. A mostly shuttered food court which seemed to believe comics fans and industry pros do not partake of human sustenance. Filthy rest rooms that reeked from the start of the event to its conclusion and - I know this sounds like the punch line of an old joke - not enough of them. I can think of no better image to represent that weekend than the people in the giant penis and vagina costumes flitting around the convention.

Outside of seeing dear old industry friends and promoting the Grim Ghost comic book I had written for the doomed revival of the 1970s Atlas Comics, it was one of the most unpleasant weekends I’d ever spent among my comics people. I will never again attend a New York Comic Con or any of its run-by-the-same-people other-city events unless a publisher brings me in for promotional purposes.  Life is just too damn short.

While none of my recent conventions have been within a light-year of the awfulness of the Javitz Center, there have been annoyances with the venues. These have not been the fault of the conventions. No, any problems and unpleasantness I encountered was strictly on the convention centers and the adjacent hotels. I think we should expect better from these venues. But, before I go into “grumpy old man” mode, let me tell you about my favorite convention venue, the Greater Columbus (Ohio) Convention Center.

The Greater Columbus Convention Center is a huge facility connected to the Hyatt Regency Columbus, one of my favorite hotels, and also the Drury Inn and Suites, which I also like a lot. Three other hotels are connected to the facility and a very nice Hampton Inn & Suites is across the street. The facility sits in the trendy Arena District, which has great entertainment and many fine restaurants. But, as they say, there’s more.

The Hyatt Regency has a great restaurant and bar. I’ve spent many a pleasant hour in both. Just past the Hyatt Regency and connected to it is a shopping area and a terrific food court.

How good is the food court? I actually look forward to breakfast at one of the stands and either lunch or dinner at a Chinese place owned by the same family. I have gone to these restaurants so often over the years that they remember me from convention to convention. I’ve never had less than a great meal at either.

If I have a quibble, it’s that not all of the coffee shops and the restaurants across from the halls where events take place are open for the conventions. That’s fairly common, but the owners of those places are leaving a lot of money on the table by not accommodating our community. Word to the wise.

I’m no longer willing to be complacent when conventions centers and hotels fail to do the basic things they should be doing. Here are some of those basic things...

Clean hotel rooms with decent restaurant and room service. We pay a premium price for such things and we should receive quality and service equivalent to the cost.

Room service should pick up its trays quickly after a hotel guest calls to let them know they are finished and have placed the tray outside the room. During my 2013 stay in New York, a tray was left outside my room for more than two full days, despite multiple calls to room service and the front desk. Finally, I put the tray in the elevator, sent it down and called the front desk to let them know it had been sent down. I often wonder how long it remained in that elevator before they retrieved it.

Housekeepers shouldn’t leave empty pizza boxes in the rooms, most especially when the hotel gives you fliers advertising those local shops that deliver to the hotels. I began to hear complaints about this earlier this year, but didn’t experience it myself until last weekend.

DIGRESSION. Fans should tip housekeepers and other hotel workers. If we want respect, we need to show respect.

Hotels need to be fully staffed. I can’t count how many times I’ve stayed at a convention hotel and learned the hotel was working with a reduced staff. Our time is valuable. We shouldn’t have to wait an unreasonable length of time for basic services.

Hotels should show a little initiative and make us feel welcome. Yeah, costumes and t-shirts might be a little corny, but they make me feel like the hotel is glad I’m there. They make me happy and, when I’m happy, I spend more and tip better.

DIGRESSION. One of the smartest things I have ever seen a hotel do was at a Mid-Ohio-Con. Acting on the advice of the legendary Roger Price, they prepared boxed lunches for the dealers and guests, and sold them at a reasonable price. It was simple fare to be sure - a sandwich, an apple, some chips and a can of soda - but that clever hotel made considerable bank selling them.

Restroom maintenance should always include keeping soap and towel dispenses filled, making sure stall doors lock, making sure there are hooks for bags and coats inside the stalls. This isn’t rocket science. It’s basic maintenance.

The food and drink needs of a comics convention are not well served by a single snack bar. Selling hot dogs, hamburgers, pizza, nachos, pretzels and prepackaged sandwiches/wraps isn’t at all sufficient for a convention. If you have other food choices in the convention center, you need to do everything you can to make sure those places are open throughout the convention hours. If they refuse, then you - the convention center - must make other arrangements or allow the event itself to make those arrangements.

The comics industry isn’t the red-haired stepchild any more. We’re the freaking lords of the entertainment world and we deserve to be treated with respect. Hell, we demand to be treated with respect. You’re lucky to have us at your convention centers and your hotels. We bring people to your cities and those people spend money in your hotels, restaurants and other businesses. When you fail to do these very basic, relatively simple things, you leave money on the table.  Don’t be a dumbass.

I’m writing about this today because I attended two terrific comics conventions this month - Gem City Comic Con and FantastiCon - and will writing about both of them over the next several days. In the case of Gem City, neither the Dayton Convention Center or the hotel were worthy of the event. In the case of Toledo’s FantastiCon, it was the Seagate Convention Center that came up short. I’m writing about this stuff today because I don’t want to bog down my reports of the great times I had at these two great shows.

The grumpy old man has spoken. I’ll be back tomorrow with the first part of my Gem City Comic Con report.