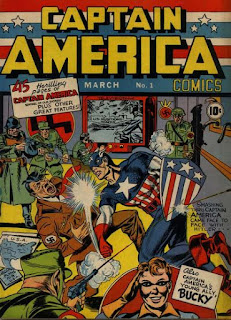 Since I started my campaign to represent my precinct on the Medina County Democratic Party Central Committee, I’ve given quite a bit of thought as to what I expect from our leaders. Because I expect no less of myself than I would expect from them.

In the case of the position I’m seeking, my responsibilities would be few but vital to our party. First and foremost, I’ll vote on who will lead our county party. Second, should any elected Democrat leave office before their term is up, I will help choose the person who replaces them in office.

The first weighs most heavily on me because it is a certainty. If I’m elected, I will be one of the people voting on our leadership and, in doing so, the direction our party will take. Here’s how I will judge that leadership.

They must not labor under the illusion that their past service to our party entitles them to keep their positions or be named to new positions. I’m running because I’m tired of ineffectual “Medina Elites” making decisions without considering the best needs of the people. I’ve seen these clique-ish folks in our government, schools and even athletic organizations. We need new ideas and new people to make those ideas reality.

Our leaders must support equal rights and inclusion in our county without condition. I was appalled when I saw people who now seek to lead us sit on the sidelines when candidates championing Medina’s LGBTQ anti-discrimination ordinance faced challenges from one-issue Republican candidates running on platforms of bigotry.

I don’t want to work with the Republicans. I want them to work with us. Their positions have proven injurious to our citizens and our democracy in general.