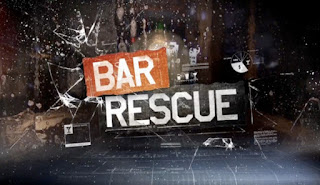 I was going to Toledo. From Arvell Jones, my pal from before either of us went to work went to work in the comic-book industry in the 1970s, I’d heard good things about Fantasticon. The company, helmed by Joe Nieporte, puts on nearly a dozen comics conventions a year. So, when Joe contacted me, I agreed to be a guest at his April 16 and 17 show in Toledo. At the very least, I would get to spend some time with Arvell and two other long-time friends: Mike Grell and Keith Pollard.

I have indirect ties to Toledo as Sainted Wife Barb went to and got her pharmacy degree from The University of Toledo. She was planning to attend the show with me, but her schedule changed and she had to work instead.

Fortunately, my son Eddie, who is into anime and comics and other related cool stuff, was happy to drive to Toledo with me. A couple of his friends from The Ohio State University were going to medical school in Toledo and, when he wasn’t at the convention, he would be hanging out with them.

It’s about a two-hour drive from Medina to Toledo, so, while you’re waiting for me to get to Toledo, here’s some information about the convention from its website:

Fantasticon is a mid-size show created for true comic book and pop culture collectors and fans. The fans that come to our shows are true collectors that are looking for those rare items for their personal collections. Most leave very satisfied as we pride ourselves on having great dealers and artists at our shows. If you collect it, you will find it at a Fantasticon Show.

Fantasticon is proud to have a presence in multiple cities throughout the mid-west. Currently we are in four different cities in Michigan and Ohio, and expect to expand into Indiana in the near future. We also, are very proud of the fact that our admission price is the lowest of any other comparable shows. And the cost for being an exhibitor or artist at the Fantasticon is far less than any comparable comic cons out there.

The drive was uneventful. Eddie and I pulled into the loading area of Toledo’s Seagate Convention Center and quickly unloaded my show stuff. It didn’t take long.

The convention takes place in one large area. The concrete floors are the usual leg-killing floors, but the room looked pretty good by the time the show opened on Saturday morning. My table was on a wall between those of Arvell and Keith...with Mike next to Keith. I knew it was going to be a fun weekend.

The convention hotel was the Park Inn by Radisson. It wasn’t what you’d called a five-star hotel, but I liked it much better than the Crowne Plaza I’d stayed in two weeks earlier in Dayton. The front desk folks at the Park Inn were always friendly and helpful. There was a decent hotel restaurant whose breakfast buffet offered much better-tasting food than the Dayton hotel. It was connected to the convention center, which made going to and from Fantasticon easy. The convention/hotel parking lot was equally convenient. Though the convention center itself wasn’t very good, I had no problems with the hotel. I would happily stay there again.

Our hotel room was on the 13th floor. This surprised us because a lot of buildings skip that floor. Our room was...1313. That became a running joke the whole weekend, with at least one fellow hotel guest saying I should have warned her about that before she got on the elevator with me. Amusingly, when I joked with the front desk that I would be lucky to survive the weekend, the older employees had to explain the whole “bad luck” superstition thing to a younger member of the staff.

Since it would be a while before Eddie could meet up with his old college chums, we decided to grab dinner. I couldn’t get the feel of Toledo or, at least, the area around our hotel and the Seagate Convention Center. We had a wonderful view of the Maumee River from our hotel. The baseball park where the minor-league Toledo Mudhens play was classic and inviting. But it seemed like every third storefront was vacant and the streets were never busy at night.

We went to the Fleetwood Tap Room for dinner. In case you wondered, that place is the reason we have a Bar Rescue logo at the top of today’s bloggy thing. Boy, could that place have used a visit from the TV show’s Jon Taffer.

If you haven’t seen Bar Rescue, which I watch fairly regularly with Eddie and the rest of the family, It’s a reality show that airs on Spike. As per Wikipedia:
It stars Jon Taffer, a long-time food & beverage industry consultant specializing in nightclubs and pubs, who offers his professional expertise plus renovations and equipment to desperately failing bars in order to save them from closing.”

When we walked into the Tap Room, we asked for a table, only to be told the manager didn’t allow less than four people at any table. This despite there being empty tables that stayed empty the entire time we were at the bar/restaurant. Instead, we were seated at the end of a long and uncomfortable elevated table.

By Eddie’s count, there were 14 employees of the Fleetwood in plain sight. That was roughly one worker for every five or six customers in the place. Despite this, it took over ten minutes for me to get a soft drink and over fifteen minutes for Eddie to get a beer. He never had a second beer because no one ever asked him if he wanted a second beer. Taffer would not have been happy.

Note. There were six bartenders working behind the bar. There were five customers sitting at the bar. Unbelievable.

When someone finally took our food order, it was twenty minutes or so before Eddie was served. His food was lukewarm at best and not very good.

My food? I ordered a damn hot dog and it didn’t come until after we had corralled a server and told them to cancel the order and just bring us the check for Eddie’s meal, which he had already finished, and our drinks. It was apparent that my hot dog had been sitting in the “out” window the whole time and no server thought to bring it to our table. Taffer would have been screaming.

Me? I was loud. When the manager came over and tried to shmooze me, I wasn’t having any of it. I told him I didn’t care what his name was. I just wanted the check. To his credit, he took Eddie’s meal and my soft drink off the bull. Eddie paid for his beer. We headed back to our hotel.

I was starving and Eddie was still hungry. The hotel recommended we call Vito’s Pizza, which delivers and which is affiliated with the famous Tony Packo’s Pizza. We ordered a bacon cheeseburger pizza. It got to our room in less time than the Fleetwood took to get my son his food. I don’t know if that Vito’s is at all related to the famous Vito’s in the Garfield cartoons, but I would order from this Toledo restaurant anytime.

Eddie went to hang out with his friends. I stayed in the home and channel-surfed until I hit Hawaii Five-0, the remake of the series that aired from 1968 to 1980. In this episode, Steve McGarrett and his team fought...Iron Man. Seriously, they were hunting a stolen suit of armor created for the military. The secondary plot involved the rescue of an elephant abused by a circus. We’re not talking an award-winning show here, but it was fun.

Hawaii Five-0 is one of those series I would watch regularly if I had more time. It’s got a likeable cast, including such favorites as Masi Oka, Jorge Garcia and especially Chi McBride, who I swear I would watch in almost anything.

I dozed off after that and got a decent night’s sleep, though I got up at five in the morning thinking my cat, who was back in Medina, wanted to be fed. I have been well trained.

Come back tomorrow for my report on the first day of Fantasticon. See you then.

Posted by Tony Isabella at 7:25 AM