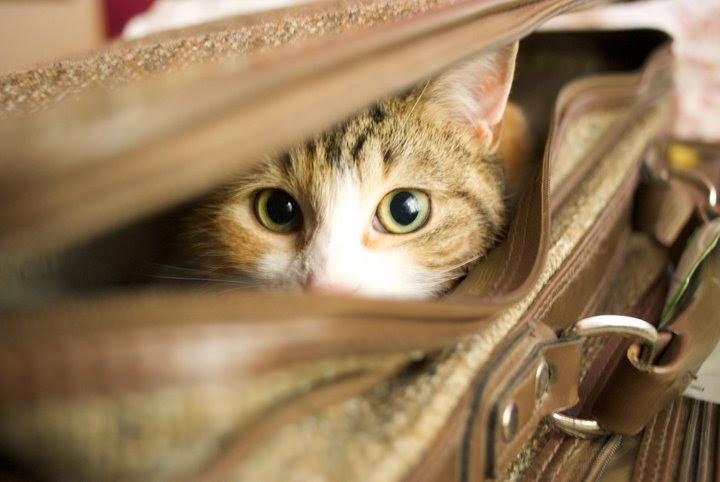 The only convention I attended in the first nine months of 2014 was PulpFest 2014 in August and that wasn’t even a “working” convention for me. Held in Columbus, it was the annual pulp magazine event I attend to see friends like Anthony Tollin, Ron Fortier, Rob Davis and others.

Up until about a week ago, I was only planning to attend two comics conventions this year. As of right now, that number has gone up to four and possibly five.  Here’s the list, starting with the one Ican’t list as a definite.

My pal Chris’ free comic-book show will be held at the B&O Station, 530 Mahoning Avenue in Youngstown, Ohio from 12-6 pm. I wrote about the event here.

I’m not setting up at the event. I’m just hoping to go there to see old friends and check out the work of artists new to me.  However, whether or not I can take the day off to drive to Youngstown will depend on what’s happening with the water link I told you about in Sunday’s bloggy thing and how far along I am with the moving of stuff in and to my Fortress of Storage units.

This one-day show will take place on Sunday October 26, 10 am-7 pm at the Doubletree Cleveland, 6200 Quary Lane, Independence, Ohio. Guests include Paul Kupperberg, Bob Wiacek, Mark Pennington, Budd Root, Darryl Banks, Bill Reinhold, Linda Lessmann Reinhold and, as of a few days ago, me. There will also be other comics guests and cosplay guest and judge Ninja Shani.

I almost never hear about or am invited to Cleveland conventions, despite how close I live to Cleveland and what a potentially cheap guest I could be. In this case, the first inkling I had about the event was when Kupperberg, a dear friend of four decades, e-mailed me to ask if we could get together while he was in the area.  So I contacted the convention and told them they could get me as a guest if they put me next to my old friend. Paul and I were arguably the funniest and rudest members of our Brooklyn-based group of younger comics professionals back in the 1970s. It’ll be interesting to see if we still have those gifts.

I’m also looking forward to see Linda, who I worked with back in my Marvel Bullpen days. I’ve seen her and husband Bill at a number of other conventions, but it’s been quite a few years since I had the pleasure of their company.

I know Cleveland Comic Con is planning a costume contest and some panels, but I don’t know what the panels will be or if I’ll be on any of them. If I find out before the convention, I’ll update you here in the bloggy thing.

I also don’t know what I’ll be bringing to sell at the convention. My best guess: copies of my award-deserving 1000 Comic Books You Must Read, a box of Isabella-written comics and stuff, a box of the rare two-sided Superman poster made for the International Superman  Exposition held in 1988 in Cleveland and maybe a box of the older comics from my garage sale.

As always, and this applies to all my convention appearances, I’m happy to sign anything I’ve written at no charge. I’m also happy to sign Black Lightning merchandise for which DC Comics has paid me my contracted percentage. Unfortunately, DC hasn’t paid me for most of what’s been done with my creation.

Since I’m being a bit of dick here, I also won’t sign any DC Comics history books. Because the writers of those histories lie a lot in them and sometimes the lies involve me or things I worked on.

Wow, that took a dark turn.

This convention will take place Friday through Sunday, October 31 to November 2 at Greater Columbus Convention Center, 500 North High Street in Columbus, Ohio. The show hours are:

I generally leap at any excuse I can find to visit Columbus. It’s a great city, home of many memorable Mid-Ohio-Con events back when Roger Price was showing everyone else how to do it. I worked crazy long hours helping Roger with those shows and it was time very well spent. Then, too, for several years, one or both of my great kids were attending The Ohio State University. More reason to make the two-hour drive to Columbus from Medina.

Wizard World Ohio has a pretty cool guest list. Among the actors, I spotted personal favorites of mine like Emma Caufield, Nicholas Brendon, Karl Urban, Bruce Campbell and Giancarlo Esposito. Comics guests include Barry Kitson, Kevin Maguire, Michael Golden, Danny Fingeroth and Thom Zahler. I’m hoping to get some quality time with these fine folks and others.

Wizard World Ohio is a terrific show on many levels, but it’s not really a show that has a place for a so-called “comics legend” like myself. The folks who run the show are always exceedingly kind to me and mind. They always arrange for me to have a table in Artists Alley. But I don’t fit into their programming schedule and I often feel like I’m swimming in the wrong pond.

But I always enjoy myself at the show and so do the many thousands of fans who attend it. I’ll be there this year with my usual table in Artist Alley. This year, however, I won’t be bringing anything to sell at the table. Instead...

I’ll schedule times when I will be at the table to sign your comics and answer your questions. We’re probably looking at two or three hours on Friday night and four to five hours on Saturday and two or so hours on Sunday. I’ll post the exact times online when I nail them down more and have them posted at my table as well.

I’ll also make myself available to meet with artists or publishers, to appear on podcasts, etc. If you want to set up times for these, sent me an e-mail and we’ll work it out. Even without any advance appointment, I’ll do my best to accommodate you. But, obviously, I won’t be able to guarantee that.

When I’m not at my table, I’ll be wandering the convention or just relaxing in my hotel room or at the food court. Never be shy about approaching me, but please understand that I might be involved in something private.

The Akron Comic-Con is expanding to two days in this third year of its operation. The convention takes place on Saturday and Sunday, November 8 and 9 at the University of Akron’s Quaker Station, 135 S. Broadway in Akron, Ohio. The promoters want this show to be the new Mid-Ohio-Con and are making excellent progress towards reaching that loft goal.

The show hours are:

My table set-up will be pretty much the same as it is the Cleveland Comic Con. I’ll be there both days of the event.

The Grand Rapids Comic-Con will be Friday through Sunday, November 21-23, 2014, at the DeltaPlex, 2500 Turner Ave. NW in Grand Rapids, Michigan. Because I am a slave to my passions, I’m a late addition to the guest list. Despite that, the convention organizes could not have been more gracious in making my appearance possible.

The passions of which I speak? One of the convention guests is Paul Balas, the co-producer Sharknado and Sharknado 2: The Second One and the producer of other Isabella favorites like Mega Python Vs Gatoroid, Mega Piranha, and Mega Shark Vs Mecha Shark. The moment I heard Balas was a guest at the show, I wanted to meet him. Maybe if we hit off, I’ll get killed by a shark in Sharknado 3. A man has to dream, doesn’t he?

Other media guests include Alaina Huffman, who I adore in her role as Abbadon, Queen of Hell on the CW’s Supernatural, and the awesome Nichelle Nichols, who, as far as I’m concerned, has been the queen of outer space since she starred in the original Star Trek series. Comics guests include Arvell Jones, the co-creator of my Misty Knight character from the Iron Fist comics we did together in the 1970s, Christopher Jones, Andrew Pepoy, Ryan Stegman and others. The convention is also bringing in a few literary guests and hosted an artist alley that looks to be packed with some very interesting talents.

Convention programming includes panels, costuming, special events and exhibits and after parties. It’s an impressive line-up with all sorts of fun.

Because of my being a late addition to the convention, it looks as if I’ll be set up with the media guests. I’ll probably bring a box of 1000 Comic Books You Must Read and a box of some other Isabella-written stuff. I’m thrilled to be part of this show.

Four (maybe five conventions) in seven weeks is more than I’ve ever done before. I hope to see you at some of them.

Posted by Tony Isabella at 5:17 AM