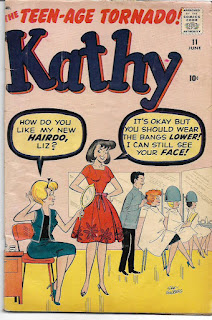 August was yet another month that flew by so quickly I scarcely had time to think about it. There is so much insanity in the world of 2021 I feel I’m always in a heightened state of anxiety. However, before we get to the things that made me happy in August, I want to tell you about what happened on August 31.

That morning, I went out to get the morning newspapers just as the morning was beginning to make itself known. As I walked down our driveway to the mailbox, I was startled to see a deer standing in our back lawn not ten feet away from me. Behind her were two young deer, likely her children.

The deer seemed a little skittish with one leg shaky like she was getting ready to bolt. This was far from my first close encounter with this deer family, so I continued to walk towards the mail box while speaking softly to the deer.

When I walked back with the newspaper, I continued to speak to the deer. Her leg was no longer shaking in anticipation of fleeing from the human. She just looked at me. Her kids did the same.

Though my wife doesn’t love having deer in our yard as much as I do on account of them eating the flower buffets she plants for them, this city boy really likes seeing friendly wildlife hanging out on our property. Not all wildlife. Not remotely a fan of the coyote-wolf hybrids that have been reported all over Medina. But deer and squirrels and such? I’m good with them.

I have not mentioned Canadian geese because they are obscene vermin from Hell who block traffic and poop all over the place. They are the Republicans of the animal kingdom.

That evening, Saintly Wife Barb and I went to our favorite Mexican restaurant - Los Cantaritos Mexican Grille - for dinner. We pulled into our driveway and the same mother and two kids were once again in our back yard. Barb was a little freaked out, but I thought it was cool they were back.

This time, the mother didn’t even seem the least bit anxious. It’s as if she decided we were good neighbors and no threat to her and hers. Good humans.

I mention these experiences because they represent rare moments of peace in a world gone mad. Those moments give me a needed breather from the madness of the human world. I cherish them.

Here are the things that made me happy in August...

August 1: Revival by Tim Seeley and Mike Norton. Over the past two months, I read the entire series via the four deluxe editions. It was a ride well worth taking.

August 2: NEO Comicon 2021 was a blast! Great guests and vendors in a very pleasant venue. I reconnected with friends I hadn’t seen in way too long and made new friends. Plus: I 100% rocked my Alligator Loki polo shirt. I’m available for fashion shoots.

August 3: One of my dearest friends called to share some excellent news with me. It’s not my news to post, but I couldn’t be happier for her. Sending much love her way.

August 4: Kathy #11. I didn’t have much time to shop the vendors at NEO Comicon, but one of my pals had this for sale at an incredibly reasonable price. I collect this series by my late friends Stan Lee and Stan Goldberg.

August 5: The “Creative Geniuses” episode of Teen Titans Go! was  was hilarious with guest appearances by Marv Wolfman, George Perez and the voice actors. Marv and George should do cameos in all DC Comics productions. 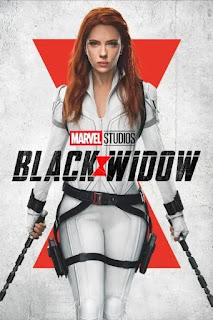 August 6: Black Widow. The latest addition to the Marvel Cinematic Universe is one of its best movies. Scarlett Johansson and the cast are terrific. The story carries real emotional weight. The action is thrilling. Highly recommended.

August 7: Being the pastor of The First Church of Godzilla, I have faith that all will be as the Great Scaly One has planned. Because of that, I have booked my hotel and bought my membership for G-FEST XXVII, July 15-17, 2022. See you there!

August 8: I viewed Gunpowder Milkshake on Netflix and loved it a lot. Watching strong beautiful women slaughter dozens upon dozens of bad guys is my way of getting in touch with my feminine side.

August 9: The Suicide Squad. Action, comedy, great characters and great performances. One of the best DC movies. I’d love to write a King Shark comic book. Name another comic-book writer who has seen as many shark movies as I have.

August 10: Cheap Old Houses. Elizabeth and Ethan Finklestein have turned their social media into a HGTV series. Historic houses that  can be bought cheaply. Detectives of architecture, they uncover all sorts of cool surprises in their travels. 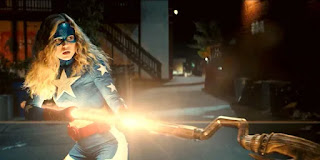 August 11: Stargirl is back! Every act of the second season’s first episode had surprises, many of them alarming. No one was having a good day, except for maybe the unseen Solomon Grundy. Can’t wait to see what happens next.

August 12: I’ve gotten back into the habit of taping The Late Show with Stephen Colbert to watch in the morning. He really is one of our best commentators. All his show is missing is an appearance by me and a comic-book trivia face-off.

August 13: Captain Carter. The premiere episode of Marvel’s What If turned Peggy Carter into a super-hero. I love the character and the look. This needs to be a comic-book series. I think Chris Claremont would be perfect as its writer.

August 15: Comics Ad Men by Steven Brower. Published in late 2019, this fascinating book looks at the relationship between comics and modern American advertising while including hundreds of examples of ads by cartoonists. A wonderful slice of comics history. 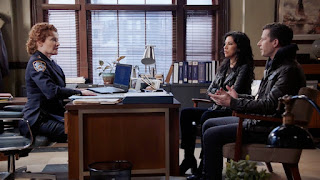 August 16: Brooklyn Nine-Nine’s “The Good Ones” juggled conscience and comedy in a biting commentary on police violence and the lack of consequences for the same.

August 17: Jeopardy is showing classic episodes starring the great Alex Trebek and fun guest stars like the Muppets. I hope this is a humbling experience for his replacement hosts. Not that anyone can ever replace him.

August 18: “What If...T'Challa Became a Star-Lord?” is another fine episode of the Marvel Studios animated series. Hearing the voice of Chadwick Boseman made me happy and sad in equal measures. Overall, big fun with action, humor and surprises.

August 19: I’m not a fan of Frontier Airlines, but, on my flights this weekend, there was enough room for my briefcase under the aisle seat in front of me. Why other airlines allot less space to underneath their aisle seats makes no sense to me.

August 20: Fanboy Expo Orlando. I enjoyed my weekend at this event. My thanks to the convention and Alexi Vandenberg’s Bard’s Tower for inviting me and taking great care of me while I was in the land of the evil DeSantis.

August 21: Kudos to the volunteers at Fanboy Expo Orlando. A great bunch of people who kept things running smoothly. My special thanks to Jonathan Anderson, a fine young man who assisted me at my table the entire weekend.

August 22: The fans, guests and vendors at Fanboy Expo Orlando were terrific. I especially appreciated the fans who told me how much my work has meant to them. I wish the comics industry itself held me in such regard.

August 23: Fanboy Expo Orlando was also very creatively productive for me. I wrote several Last Kiss gags and rough-drafts for another several. 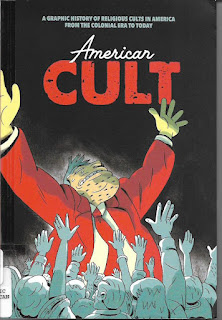 August 24: American Cult. Editor Robyn Chapman’s intriguing graphic history anthology of religious cults in America from the Colonies to today is a fascinating guidebook proving our country was crazy long before QAnon.

August 25: In its August 21 edition, The (Medina) Gazette published my letter recommending the reelection of sensational councilperson Jessica Hazeltine. 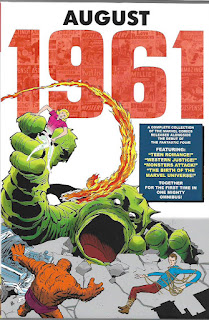 August 27: The Marvel August 1961 Omnibus. Whoever came up with the idea of collecting all the publisher’s titles from the month of the Fantastic Four’s debut is a genius. As is whoever included two more issues from September 1961 so we get the full picture of the start of a new era in comics.

August 28: Jurassic Shark 2: Aquapocalypse. A amusingly bad movie which inspires study of how cheaply a movie can be made. But it did have one element I found refreshing.

August 29: Snake Girl. A giant snake. A girl. A scientist who loves the girl. This riveting Chinese monster movie has terrific acting,solid CGI effects and more. I watched it with English subtitles and enjoyed it. Seek it out on YouTube.

August 30: Absolutely Anything. This 2015 movie had me at “starring Simon Pegg.” An ordinary bloke is given godlike powers by aliens as a test to decide Earth’s fate. Absurd comedy and a wonderful cast. You can see it on Amazon Prime.

August 31: Revisiting Brandon Stanton’s Humans of New York wherein he photographed the citizens of New York and reminded me of some of the reasons I love the Big Apple. It’s a complicated relationship, but it still warms my heart.

That’s a wrap for today. I’m going to continue trying to get this bloggy thing of mine on a more frequent schedule. See you as soon as possible.

Posted by Tony Isabella at 1:33 PM