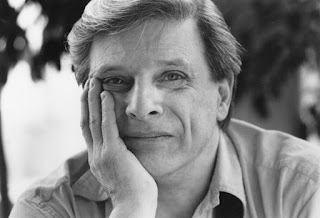 Harlan Ellison is the finest writer of our time. His work inspired me. His friendship meant the world to me. I think of him and dear Susan often. That he liked my writing was something that cheered me through some pretty desperate times.

Two weeks back, while going through my Vast Accumulation of Stuff, I came across a letter sent to me in 2014 by a reporter who had exchanged some correspondence with Harlan Ellison. In one letter, Harlan mentioned some of my work. I mentioned this in yesterday’s summation of the things that made me happy in November and promised to run the comments in the bloggy thing as soon as possible. Which turned out to be today.

Isabella's book, 1,000 Comics You Must Read, is a delight, but shows, also, amiability, kindness, and sense of humane generousness one finds rare in persons toiling in any field. Although I might never become the kind of great heart that is Tony, who seems to love most things and most things well. I am not so far on the side of Edmund from Edgar and Kent, not to appreciate a good man's qualities. Although I can hardly tell on merely basis of the Isabella Oeuvre, Tony seems one of the better chaps in the world increasingly the one of "bawds and fools" as caustically lambasted by Thersites in Troilus & Cressids.

Tony's accomplishments as a comics writer shine in two signal achievements, one being his adaptation of August Derelith"s yarn of snow vampires  (which must’ve inspired King's "One for the Road"); the other, Tony's Watcher-What If story detailing if Gwen Stacy had survived her encounter with the Green Goblin in the Spider-Man comics.

Inspired by Harlan’s introductions in Dangerous Visions and Again Dangerous Visions, I knew I wanted to be a writer who did the work and did it with clean hands and open heart. It’s because of Harlan and his praise of me that I believe I accomplished that more often than not. I still live and write by the code I developed early in my career. It has not always served me well professionally, but it has entertained readers and given me great satisfaction.

Thanks, Harlan. I miss you and Susan terribly.

Posted by Tony Isabella at 3:28 PM