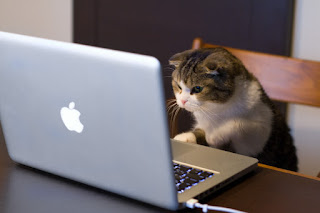 This is going to be a busy week for me. Between today and the Akron Comicon - Saturday and Sunday, November 7 and 8, at the University of Akron’s Quaker Square - I have eight paying gigs on my schedule. While that sounds more daunting than it is - most of the gigs will take half a day or less - I’ll still have to buckle down and make sure they all get finished. The week after the convention is going to be just as busy and perhaps more so. Just the same, I am going to attempt to post quick updates every morning before the Akron convention.

In an attempt to separate convention attendees from some of their  hard-earned cash, I’ll be bringing those 1988 double-sided Superman posters I’ve been selling online, whatever items didn’t sell from my recent online Vast Accumulation of Stuff sales and a small box of Isabella-written items. I’m not yet set up to take credit cards at conventions - that’s on the bucket list for 2016 - so you will need cash. Or back issues I need of Candy (Quality), Gorgo, Kathy (Marvel), Konga, Reptilicus, The Barker (Quality), The Rawhide Kid and other Marvel westerns of the 1950s through the 1970s.

Over at my Facebook page, I hope to continue to post the birthday greetings, comic strip links, historical facts and remembrances I usually post. Aside from the links to the satirical Andy Borowitz pieces, occasional editorial cartoons and my friend Jeff Mariotte’s brilliant This Week in America, I hope to resist political posts until January. Still, the right-wing cray-cray is out there and I may not be able to avoid commenting on it or posting links to it.

Full-scale blogging won’t resume until the middle of next week, but I may take the Gotham/Supergirl piece I’ve been working on and run it as next Monday’s Tony’s Tips column at Tales of Wonder. I hope to post a new online Vast Accumulation of Stuff sales in a week or so and every two weeks after that.

In December, I hope to resume writing and posting my bloggy things on the Rawhide Kid and on the comics that were published in July of 1963, the month I decided I wanted to be a comic-book writer. I’ve got some other ambitious plans for online content here and in other venues, but those won’t roll out until 2016.

While I’m a little overwhelmed by everything going on with my life and my work, I am in good mental and physical health. My temporary dentures are a pain in my mouth at times, but I’m working hard to get used to them. I’m generally a happy guy and I need a full mouth of teeth to express that to the world.

I’ll be back tomorrow with another update.

Posted by Tony Isabella at 7:40 AM