Black Lightning news has been coming faster than I can keep up with it. There’s so much of it that I haven’t been able to get to your questions. Hopefully, I’ll answer at least some of them this time around.

Production on Black Lightning: Cold Dead Hands reminds me of how it used to be when I was more involved with comic books. During this past week, while writing issue #4, I was also another pair of eyes looking over the coloring and lettering for issue #1, looking at artist Clayton Henry’s final pages for issue #2, and discussing the cover of issue #3. I feel like a time traveler. 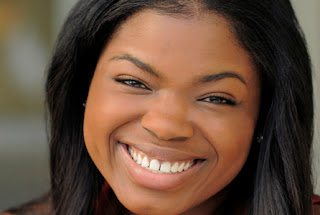 The upcoming Black Lightning TV show from the CW, Salim Akil, Mara Brock Akil and Greg Berlanti has added a new recurring cast member in Kyanna Simone Simpson. The actress is known for her work in The Immortal Life of Henrietta Lacks (2017), Show Me a Hero (2015) and Being Mary Jane (2013). According to Deadline Hollywood:

Sidebar. I just hope Kiesha doesn’t follow in the footsteps of the comic-book Inspector Henderson’s son. If you read the first Black Lightning series in the 1970s, you’ll recall that son was secretly working for Tobias Whale and the 100. 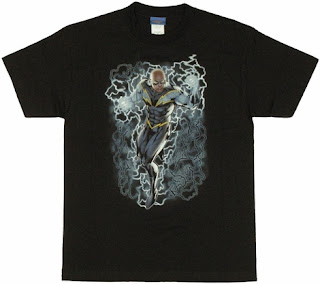 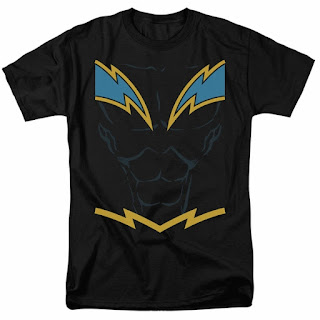 Justice Like Lightning: The Black Lightning Story is now available for viewing on YouTube. This is the condensed version of the short film by John Burgio that I mentioned the other day. John tells me there will be a longer version that focuses on both Black Lightning and my overall comics career. In 2018, I hope to incorporate this documentary into my “Tony’s Tips Live!” convention presentations. Showing it will give me cover when I change into my super-hero suit  and fight crime at the events. Be afraid, comic art plagiarists. I have my super-eyes on you!

This next item is indirectly related to Black Lightning. As I have told many an audience, my first black friends were comic-book fans. Even as a relatively young man, I thought it was unfair that there were so few black heroes in comics. So, when I started working in comics professionally, I tried to do what I could to address that inequality. That was the start of the road that led me to creating Black Lightning.

Leroy Crayton, one of my first three black friends, is the subject of this WVIZ-TV segment on selling your “killer comics collection.” It was written and produced by Dennis Knowles, who was also one of my first black friends. In a couple weeks, Dennis will be coming to Casa Isabella to interview me for a segment of his arts and culture program. In the meantime, I think you’ll enjoy Leroy talking about selling his comics.

One more news note before I turn to your questions. The Black Nerd Problems interview with me is now online. It’s mostly about Black Lightning: Cold Dead Hands, but it touches briefly on a few other subjects as well. I hope you like it.

Which brings us to your questions and my answers to them.

Is there any chance that Trevor von Eeden and Eddy Newell can be part of this series? Just doing a poster or a cover or something inside some of the issues?

Not at this time. I would love to work on Black Lightning or other comics with both of those talented gentlemen, but I couldn’t make it happen for this initial six-issue series. Trevor and I want to work together on something and will be discussing that when we meet at the Akron Comicon this November. Eddy’s been working full-time as a baker, but I’ll be talking to him as well.

If you could write one of those 1970s Marvel/DC Treasury Editions ala Superman/Spider-Man featuring Black Lightning and a Marvel character teaming up, who would you feature as the two villains they would take on (one from each company, of course) and who would you want to be on your dream-team to create the artwork for the project? Either 1970s creators or younger up and comers from today. Your choice.

That’s three questions in one, including one you didn’t outright ask me. If I teamed Black Lightning up with a Marvel hero, it would be Misty Knight. I almost went with Luke Cage, but, hey, Misty is my girl.

Tobias Whale would be the obvious DC villain for this team-up. But I think I’d go beyond the street-level choices on the Marvel side. Maybe the Wizard leading a new Frightful Four or the Super-Skrull leading an extraterrestrial version of the Frightful Four. It’s not like Tobias Whale has any feeling for any human being, so I could see him working with and trying to manipulate his alien allies of the moment.

As for the artists, there are so many amazing talents I could name here. But, if I’m going to be honest and since we’re talking doing this as a Treasury Edition, there can be only one dream choice for me. We’re friends, but we’ve never worked together on a comic book. My choice would be...

Come on, you know he’d be perfect for it.

In your eyes, what is the likelihood of Black Lightning taking new, young superhero proteges under his wing? And no, when I ask this, I am not referring to Static, nor Thunder or Lightning. I'm talking about potential original creations of yours that would be added to Jefferson Pierce mythos as a junior partners/proteges, explicitly powered or otherwise, under Black Lightning.

I like the sheer layers presented in a hero story that features the hero earnestly becoming a mentor to younger super-heroes who become characters in their own right. I think Bruce Wayne’s Bat-family has made the character and his mythos as much as Batman himself has and his isn't the only example. I’d love it if Black Lightning’s world could one day include layers like that.

Jefferson Pierce is already like that to the high school students he teaches, so do you see the idea of him taking it a step further and mentoring one or a small handful of new young heroes and how it adds to the world you're building (or re-building) for Jefferson?

I ask this hoping Black Lightning's new series will be prosperous enough to organically lead to such an outcome, and in that context, wondering how you would feel about such a thing.
First, I assume you’re asking about my new Black Lightning comic books. Because I have no official position with the CW’s TV series. Though, since his daughters have powers, it’s not impossible you’ll get to see something like you want on the TV series, albeit all in the Pierce family.

When it comes to the new comic-book series, I don’t see him taking on any junior partners or proteges in this initial series. There’s already a lot going on in those six issues. As to what I’d like to do following those six issues, I’m going to play that close to the vest until I get the various pitches approved by DC.

But, since I’m writing Jefferson Pierce younger than I’ve written him before, I not inclined to make him the kind of mentor you are suggesting. It sound a little too much like a super-hero team to me and, honestly, I’m bored with most of those.

Ironically, long after I was fired from my second Black Lightning series, when I read the frankly terrible stories in which our hero supposedly murdered a man in cold blood and ended up in prison, I started working on a pitch that would have continued that terrible story in my own way. Using characters who weren’t DC characters but might seem familiar to readers.

The lead protagonist would have been executed for his crime in an electric chair. Which only made him seem dead. He would have risen from the grave with a mission. Free super-powered teens unjustly tried as adults and given too harsh sentences, then take them with him on a journey of redemption.

I didn’t follow through on this pitch because I thought my readers might feel cheated if I were to return to “Black Lightning” without actually returning to Black Lightning. I also thought it might just exasperate the pain I was suffering because of the old DC’s unfair treatment of me and my creation. So I put it aside.

In this initial six-issue Black Lightning series, I am consciously building a world for Jefferson Pierce. How that world develops is contingent on how well the initial series sells and how willing DC is to let me explore that world. Know that I am always looking to Black Lightning’s future and hoping I get to be a key part of that future for the rest of my life.

My friend Pam Arlt had questions about the Black Lightning series from the 1970s:

For those last two issues, why did Denny O'Neil take over as the writer?  I was surprised by this, especially since those were the last issues of the first run.
Black Lightning #12, which would have been dated November-December 1978, was cancelled before it was published. This was part of the “DC Implosion” in which many titles were cancelled. The story and cover were printed in DC Comics Cavalcade, a black-and-white, in-house publication given out to the contributors of the stories in its two issues. A cover planned for Black Lightning #13 also made its way into Comics Cavalcade.

O’Neil’s story for issue #11 was originally written as a fill-in. When I quit the series over DC’s continued unwillingness to honor our original agreement concerning my creation, the story was used and O’Neil became the regular writer. He continued to write Black Lightning in World’s Finest and in one issue of DC Comics Presents. When the character moved to Detective Comics, he was passed on to other writers.

I'm taking the rest of the week off to write a Black Lightning script and then take a vacation day or two. I’ll be back as soon as possible with more stuff.

Posted by Tony Isabella at 8:23 AM