SHUTTING YOUR ONLINE PIEHOLE (Part 1 of 2) 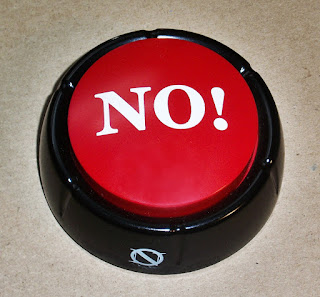 When I become president-emperor of these United States of America, besides repairing the damage done by the Dumpster, I will mandate that every school or university, at every grade level, teach what I believe is a vital class:

If you are a regular visitor to my Facebook page, you know I post a great many birthdays, obits and remembrances of people in comics, in entertainment and more. I post historical facts. I post a daily feature I call “Things That Make Me Happy” in which I share, you’re probably way ahead of me on this one, things that make me happy in a troubled nation and world.

Those historical facts are, of course, open to comments that might decry the events mentioned. History is not always pretty and I am fine with posters on my page elaborating on that or sharing their own thoughts on said history. Just don’t attempt to rewrite history to suit your political agenda and we’re good.

It’s the negative comments on the other postings that drive me to anger. Except in bad television dramas, you don’t go to someone’s birthday party to talk trash about them. I assume your parents raised you better than that.

When someone dies, you don’t go to their wake or funeral to spit on their corpse. Even if your parents didn’t teach you that, I think common sense would kick in.

And, if someone tells you something makes them happy, you shouldn’t then rain on their parade by telling them how awful that something is. Again, common sense and common decency.

Yet, over the years I’ve been posting all this wonderful content on my Facebook page, I have seen some churlish posters do all of the above. I post a birthday greeting and they jump in to tell me they never liked the person or the person’s work. I post a remembrance and they do the same thing. Once, a vile advertising artist whose entire career seemed to consist of ripping off the drawings/styles of classic comic-book artists and who now purports to be a comics historian, actually decried the well-established contributions of a legendary comics creator and posted he was glad the creator was dead. The creator on that occasion was a collaborator and friend of mine, so you can imagine how much the VAA’s comments thrilled me. He became the first person I ever un-friended and I despise him and his revisionist “historical” articles to this day. Ever the egotist, he’d be amazed how many people share my low opinion of him.

In desperation, from time to time, I post the following message on my Facebook page. In recent weeks, I have had to post it less and less on account of my smart Facebook friends have come to realize  the wisdom and the consequences of these “rules” for the page. Like me, they have learned that, just because you can comment on something, you are not required to comment on everything. Though we may come up short on following that most golden of rules, and I would never exclude myself from the ranks of online folks who come up short on occasion, it is a goal worth aspiring to.

READ THIS BEFORE POSTING. ALL OF IT.

Negative comments are not allowed in these posts: birthdays, obits, remembrances and “Things That Make Me Happy.” Such comments will be deleted and whoever posts them will be un-friended.

Rape “jokes” are never allowed on this page. We can hope that an evil person gets sent to prison, but to revel in their possible rape is a comment that will be deleted and will get the person who posted it un-friended. I mention “prison rape” because that has been the most common example. Obviously, any other kind of rape “joke” is also prohibited.

When someone you don’t like passes, comments that they are now in Hell are not appropriate. It’s one thing to suggest that someone’s current actions will lead them to Hell if they don’t change their behavior. It’s an entirely different thing to say that some deceased person is in Hell. Like them or not, they have people who cared about them. These comments will be deleted and, on a case by case basis, could get the poster un-friended.

The rule of thumb is to consider my page to be my home. I am your host. I offer you content I believe to be either humorous or informative or thoughtful. Quite a bit of content. So, don’t be a jerk in my home or you will be sent packing.

Another good rule of thumb is to think before you comment and learn when to shut your electronic pie-hole. You do not have to comment on every post you read.

And, yes, I can’t believe I need to post these common sense rules on a regular basis. But here we are.

If you are not a frequent visitor to my Facebook page, you might be puzzled by the paragraph about rape “jokes” in the above. Come back tomorrow for more on that.