THINGS THAT MADE ME HAPPY IN DECEMBER 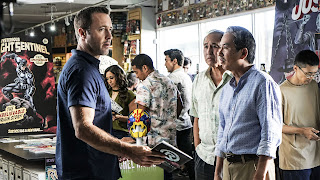 I have no idea what to expect from 2019, though we’ll swing around to my thoughts on that in the closing section of today’s New Year’s Day blogging thing. What I do know is that there were things in my life that made me happy every single day and I shared those things with you on Facebook and Twitter.

Here are the things that made me happy in December...

December 1: Hawaii Five-0's costumed vigilante episode. Written by Christos and Ruth Fletcher Gage, it was respectful of comic books and readers, showed a wondrous comic shop owned by a woman and had so many easter eggs I’ll have to rewatch the episode frame by frame to spot them all.

December 3: A comics writer whose work I admire told me my writing  was a major inspiration for them. 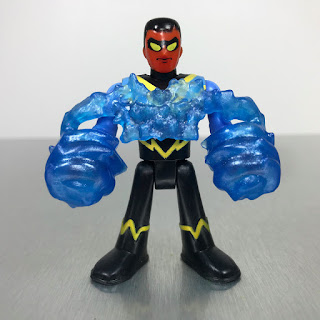 December 5: Last night’s Daily Show with a voiceless Trevor Noah. The correspondents read his lines while sitting next to him at the desk and it was hilarious!

December 6: A comics company passed on pitches of mine, offered encouraging reasons for their decisions and kept the door open for me to keep pitching. I’m delighted with their professionalism and will try again in the new year.

December 7: Another comics company passed on pitches and offered no indication they wanted to work with me in the future. That doesn’t sound happy, but I appreciate knowing where I stand with them and can now direct my efforts elsewhere. 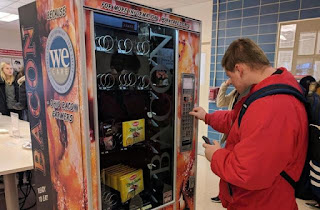 December 9: Ed and I cleared the garage sale stuff from the garage and now two cars can be parked therein. And I’m already working on my 2019 garage sales.

December 10: Getting a call from an industry friend I’ve not talked to in a while and when we both had time to shmooze. With very rare exception, comics people are the best.

December 12: Being able to make some donations to incredibly worthy causes...because DC and Marvel are great about honoring financial commitments. No matter whether I’m working for them or not, I have great affection for the Big Two and the people who work for them.

December 13: Getting a ten-pound box of birthday gifts from Japan. So many wondrous things. I’ll be sharing them with you in my blog and on Facebook. Thanks to the generous friend who sent them to me. Hope to see you soon. 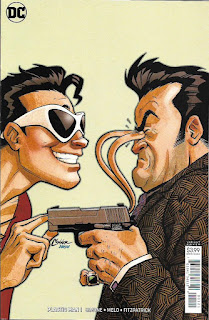 December 14: Gail Simone’s Plastic Man. So much better than every other current take on the character. A six-issue mini-series isn’t enough for me.

December 15: Those hard-working heroes of the United States Postal Service and other delivery services. They work 12-hour-plus days at this time of year. Send lots of merry and happy their way.

December 16: My daughter Kelly. She is a determined young woman. Funny. Smart. Willing to bust balls when she needs to. Okay, maybe too willing, but I love her dearly.

December 17: The “laughing so hard I had tears in my eyes” scene at the end of Spider-Man: Into the Spider-Verse. December 18: Marvel’s Ironheart #1 got two shout-outs on The Daily Show for December 17 when host Trevor Noah interviewed writer Eve L. Ewing on her book Ghosts in the Schoolyard.

December 19: The tribute to Stan Lee on ABC’s In Memoriam show on Monday night. I will never stop being thankful for the impact Stan had on my life. To me, he will always be “The Man.”

December 20: The cashier at the grocery store who tells everyone in line behind me that I’m the creator of Black Lightning, which she  describes as one of the best shows on television.

December 21: Samantha Bee’s “I.C.E. on Ice” holiday special. It not only shone a comedic light on the agency, revealing the evil ways in which it is being used, but also offered help to those in need because of those evil ways. 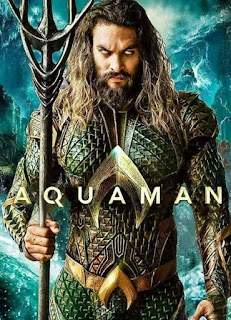 December 22: Aquaman. This is DC’s Black Panther. It’s more than a super-hero movie. It’s a spectacle with great characters, amazing action sequences and a solid story with a message that ties it all up beautifully.

December 23: In the end credits of Aquaman, Mort Weisinger and Paul Norris are credited as the creators of the character. Weisinger’s contribution was ignored by previous DC Comics management and I’m delighted to see him restored to the credits.

December 24: The countless birthday greetings and praise I received from fans, friends and entertainment industry professionals. I wish [redacted] could see me through your eyes.

December 25: Spending a great Christmas morning with Saintly Wife Barb, Eddie, Kelly and Simba. Just the five of us. Which is the way Godzilla intended it to be. 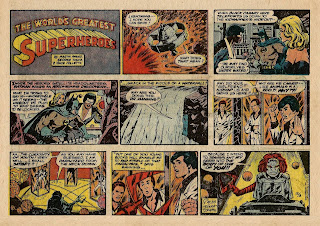 December 26: Comics historian John Wells. His “Batavia Funny (and Not So Funny) Pages” Facebook group is the source for the World’s Greatest Superheroes strips I post on my page and features a lot of other cool strips as well.

December 27: A peaceful evening watching Wheel of Fortune, Jeopardy and reruns of The Big Bang Theory with Saintly Wife Barb. 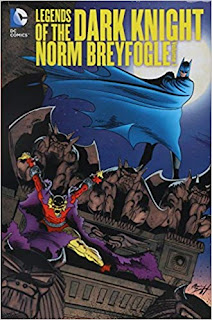 December 29: My cool new luggage. The two pieces were gifts from my wife and kids. I’ll be traveling in style in 2019! 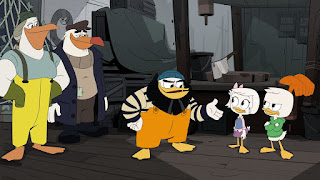 December 30: The second season of the new Duck Tales has gotten off to a bang. The surprisingly poignant “The Ballad of Duke Baloney!” revealed the secret origin of Flintheart Glomgold. This season has also seen appearances by Fethry Duck and the Three Caballeros. I’m loving it.

December 31: The Akron Beacon Journal ran a spiffy list of the best local books of 2018. Despite the disappointing omission of Black Lightning: Cold Dead Hands, I plan to read several of these books.

Some columnists write columns about their New Year’s resolutions. I don’t. I know there are things I need to work on, but listing an entire year’s worth would be way too stressful for me. My plan is to pick a goal at the start of each month and work to achieve that goal before the end of the month.

My January goal is to catch up on all the little things that I let slide as I dealt with other matters. I want to respond to all the e-mails I failed to respond to previously. I want to send out the holiday gifts and other items I’ve been wanting to send out for, in some cases, months.  I want to finish up any outstanding interview requests I’ve received.

Writing. I want to finish Black Lightning and My Road to Diversity, a non-fiction book on my writing and creating diverse characters in comics. There are some little jobs on my desk, a handful of pitches I’m developing and a possible trip that, if it happens, will be a very exciting thing for me. So...lots to do in January. I hope you stick around for it.