TONY GOES TO TEXAS: PART ONE 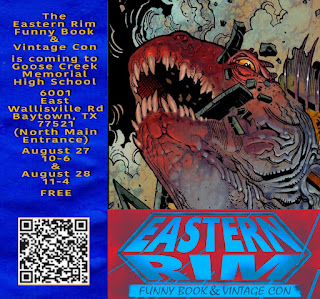 As I work at getting this bloggy thing of mine back to the level of frequent posting and superlative quality, something I most want to address is my appearance and convention reports. My goal is to post  reports within days of my returning home from them.

I definitely don’t want to let too many days go by without praising the excellent Eastern Rim Funny Book & Vintage Con that was held on Saturday, August 27 and Sunday, August 28, at Goose Creek Memorial High School in Baytown, Texas. Which is around a half-hour distance from Houston. Admission was free, the convention guests and vendors were many, the promoter and staff were incredible and the fans were among the nicest I’ve met. My thanks to Jerry Shafer for inviting me to the convention and to Jared Jerard of Free Form Frames for sponsoring my appearance.

My son Eddie and I flew to Houston on United Airlines. Much to my delight, it was a direct flight that only took about three hours. I was using my cane for the first time in public. That was a wise decision. Trying to navigate the lengthy distance between the TSA checkpoint and our departure gate would have been a nightmare sans the cane and it wasn’t fun even with the cane. Fortunately, on the way back, I was able to get rides to and from the gate.

I felt bad accepting I needed extra time to board and then boarding  early, but I can’t ignore my hopefully temporary mobility issues. The United personnel were unfailingly helpful. Yes, it’s true air travel always sucks these days, but United did as good or better a job at it than other airlines.

When we landed in Houston, Eddie rented a car for us. The Eastern Rim folks were more than ready and willing to pick us up and drive us wherever we needed or wanted to go - they had even assigned me a driver - but Eddie planned to visit one of his Ohio State friends who lived in Houston and wanted a car for that. 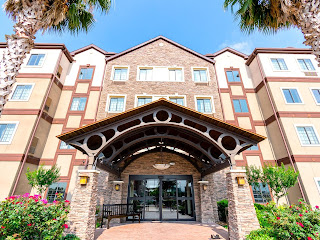 We were staying at the Staybridge Suites, a pleasant extended stay hotel with a full kitchen and plenty of room to stretch out. Food options were limited, but that is the way of such accommodations.They did offer a free breakfast and a guest could purchase frozen dinners and other items from the hotel pantry. We did not go that route because there were many fine restaurants with a short drive from the hotel.

Eddie was meeting his friend Friday night. In my first and only bad decision of the weekend, I had him drive me through a Sonic for my evening meal. Pardon my French, but it was merde. I ate maybe half my meal before I decided I wanted to live. The next morning, when I looked at the brown bag of leftovers, the bottom half of the bag was soaked through with grease. It was as if someone had turned Ted Cruz into a hamburger.

Saturday’s free hotel breakfast was decent enough. Scrambled eggs. McDonald’s-style hash browns. Sausage links. Various juices and other beverages. An assortment of breads. Yogurt. And, if one were so inclined, one could make a waffle. Nothing fancy, but certainly a good start to the day. 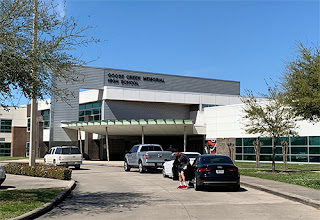 Goose Creek Memorial High School was an impressive venue. If you’ve seen Friday Night Lights, you know high schools are a really huge deal in Texas. The long first floor hallway was filled with guests and vendors. I’ll talk about them in a bit. 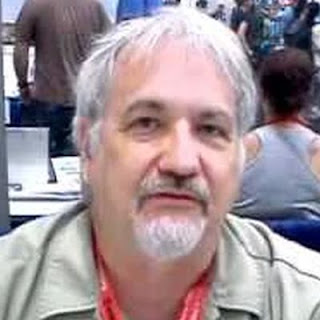 The convention had assigned me two guest tables, which was one more than I needed. I travel light when I fly to a convention. But this made room for Anthony Tollin, my dear friend of over a decade, to take my second table and fill it with pulp magazines and reprints of pulp magazines, original art from the pulps and elsewhere, cool prints of various art and an assortment of color guides from some of the countless comics he colored while working at DC Comics back in the day.

Besides being one of the nicest and most honorable men in comics, Tollin is an expert in many other areas of pop culture. He had been heavily involved in old-time radio - he did a stint writing copy for Walter Cronkite - and pulp magazines. I’m sure many of you have bought his great Sanctum Books reprints of The Shadow, Doc Savage and other pulp heroes. These books were so amazing that more than one pulp magazine collectors have put their original pulp magazines on the market in favor of the Tollin volumes. You can’t spend any time with my friend without learning something new.

Another Tollin area of expertise is...dachshunds. He’s owned these animals for decades and several of his dogs have been champions. His tales of these wonderful companions is one of the main reasons I keep asking Saintly Wife Barb to let me get a dog. If you should see Barb at any conventions, tell her that dogs make people better. Maybe she’ll believe it if she hears it from someone other than me.
Hope spring eternal.

Getting to spend so much quality time with my friend was easily the highpoint of the convention for me. Even if there had not been so many other great guests and so many amazing fans, just his presence would have made the convention for me. However, there were many other great guests and I got to chat with most during this splendid  two-day event. I’ll cover the other guests in the next installment of this bloggy thing, but I wanted to talk about the fans and the vendors today. 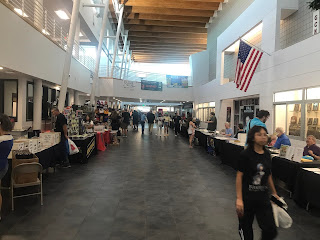 The fans were among the nicest I’ve encounters at any convention. I was truly moved by how many of them reached out to tell me that I was the reason they came to the convention. They were excited to talk about comics I had written and my journey through the comics industry and the Black Lightning TV series and comics in general. I especially enjoyed speaking with Meredith, a young lady who was an avid fan of Black Lightning. I don’t want to speak for him, but I think my son Eddie gets a kick out of seeing his dad treated with such love and respect from the fans. He knows that’s not often the case from the professional side of the industry.

The vendors? There was a wide variety of items being offered to the fans. An abundance of comic books but also things from the worlds of anime, cosplay, gaming, prose novels, toys and more. It pleased me to hear from several dealers that they sold Black Lightning #1 and other Isabella-written comics. As I’ve said before, if I am a guest at a convention, the retailers should bring as many Isabella items as they have in their stock.

Eddie had plans to go to a Houston Astro game with his Ohio State friend, so Tony Tollin and I were on my our own for dinner. Being a wise man, my pal asked one of the police officers doing security for the event for restaurant suggestions. The officer recommended a number of restaurants. 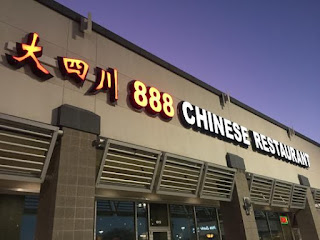 We decided to go to Baytown’s 888 Chinese Restaurant at 4567 Garth Road, #400. It’s a medium-size restaurant that serves authentic and delicious cuisine. I ordered the chicken with broccoli, served with white rice. A great meal at a very reasonable price. Our server was great with the only downside being that, when I opened my fortune cookie, there was no fortune. For a moment, I took this as a sign I had no destiny. But our server brought me a second cookie with a message indicating...well, I’m not sure what the message was trying to convey because it was confusing. I decided it meant my destiny was mine to decide.

Tollin drove me and my plentiful leftovers back to my hotel where I read some comics collections on my Kindle and surfed the many TV channels available to me. I got a great night’s sleep and woke up ready for the second and final day of the convention.