THINGS THAT MADE ME HAPPY IN SEPTEMBER 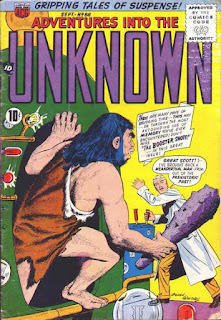 September? All I want to note this time around is that “crazy” is now the official default setting of the United States and most of the world. I say “most” because I will always be hopeful there is someplace on Earth that doesn’t feel like Arkham Asylum has opened its door and let the inmates escape into our streets and halls of government. On the good news front, my “mute” skills are on point. I can silence political ads as soon as they start.

I’m spending most of October doing odds and ends and deciding what my next projects will be come November. Will it be a book, fiction or non-fiction? Will it be some comic book stories? I’ll know the answer by the end of the month?

While we’re waiting for that, here are some of the way cool things that made me happy last month...

September 1: This weekend’s garage sales are looking pretty great. I’ll continue restocking right up to the moment when the door goes up on another tsunami-like blast of comic books and pop culture bargains.

September 2: Kloe. On Netflix. A Russian assassin betrayed by the Stasi seeks answers for said betrayal and, of course, vengeance on those who betrayed her. It’s true. I love “righteously vengeful women” stories.

September 4: Learning two of my garage sale customers are making a big difference in the life of a young person. These gentleman truly understand the core message of the super-hero genre and are living that message. 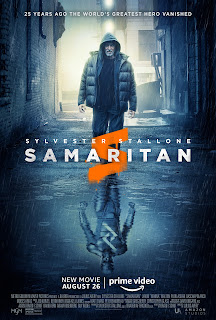 September 7: Anything’s Possible. Currently on Amazon. Eva Reign and Abubakr Ali are exceptional in this film about a trans girl navigating her senior year of high school. Funny, heart-moving and very real. Recommended for all.

September 8: Delayed by abject racism, the great official portraits of President Barack Obama and First Lady Michelle Obama are finally hanging in the White House where they belong. Few people have ever deserved the honor more.

September 9: Bunny Mask by Paul Tobin and Andrea Mutti. I read the first book and while I’m not 100% sold on the series, I thought it  was intriguing enough, different enough and creepy enough to keep reading.

September 10: Marvel’s Sorcerer Supreme Wong is getting his own series on Disney+. This studly master of magic has evolved into one of the best MCU characters. I hope Patty Guggenheim’s Madisynn will be in the new series.

[NOTE: Sadly, this turned out to be a rumor. But I hope Marvel does add such a series to its schedule.]
September 11: Last night’s lovely dinner with my “other daughter” Giselle, her boyfriend, her father and his girlfriend, my daughter Kelly and several of her friends. Beautiful weather and great food.
Nights like that are rare and should be appreciated. 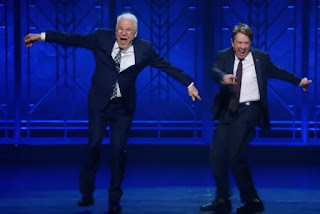 September 12: Steve Martin and Martin Short: An Evening You Will Forget for the Rest of Your Life. Saintly Wife Barb and I were well  entertained by this 2018 Netflix special. Two comedy legends at the height of their talents.

September 13: Thom Zahler, my dear friend of several decades, has been nominated for two Ringo Awards: Best Cartoonist and his Love and Capes: In the Time of Covid for Best Humor Comic. Well-deserved nominations for an outstanding creator.

September 14: The new seasons of Wheel of Fortune (40) and Jeopardy (39) have begun. It’s great to test both my brain and dexterity by answering questions and being fast on the mute button when moronic political ads are aired during the shows.

[NOTE: I no longer watch Wheel of Fortune. While I was aware host Pat Sajak was a Republican, it took a photo of him posing with two of the worst of that vile breed to make me realize his views were as bad as theirs. Time for him to go.]

September 16: The All Nighter by Chip Zdarsky and Jason Loo. While “different” takes on vampires are common in comics, this one worked for me. Vampires living a subdued life running an all-night diner, one of whom wants to be a super-hero.

September 17: Friday night was my daughter’s birthday and huge fun was had my all. Barb, Eddie and I drove to her house and consumed terrific food from Marsella's Pizza and equally delicious ice cream from Lumpy’s. Happy birthday to Kelly! 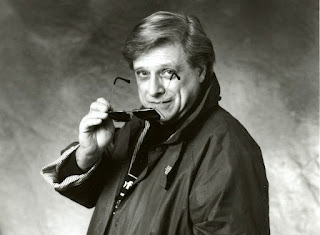 September 18: Troublemaker, Malcontent, Desperado: A Celebration of the Life and Legacy of Harlan Ellison at the Cleveland Public Library. I love talking about my friend with fellow travelers. It was a wonderful event.

September 19: Run on Your New Leg by Wataru Midori. Kikuzato lost his leg, but the high school athlete will run again on a prosthetic leg, striving to reach his athletic goals. Manga forever impresses me with its wide range of subject matter. 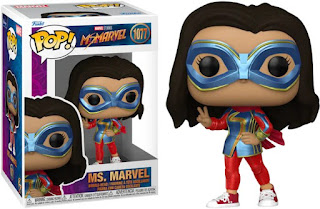 September 20: My Funko Pop! collection increased by this impressive Ms. Marvel figure. I long for the day when the company releases a Tony Isabella Pop!

September 21: Tails of the Super-Pets. An amusing title for a fun collection of DC Comics stories from the 1950s and 1960s. Includes the first appearances of Krypto, Streaky, Comet, Super-Monkey and the Legion of Super-Pets.

September 22: Quantum Leap 2.0. I enjoyed the premiere episode and several cast members, notably old favorite Ernie Hudson and Mason Alexander Park, most recently seen as Desire in HBO’s The Sandman. I’m on board for now.

September 23: Not sure “happy” is the right word, but Profiles in Ignorance: How America's Politicians Got Dumb and Dumber by Andy Borowitz is must-reading if you want to understand how our country got to this point. 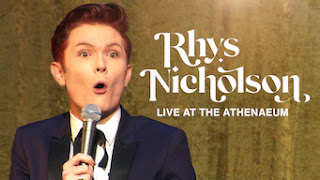 September 24: Rhys Nicholson: Live at the Athenaeum. I found this special on Netflix. Recognizing Nicholson from The Imperfects, I watched and spent the next hour laughing. This hilarity is highly recommended.

September 25: Abbott Elementary. I just started watching the first season on Hulu and I’m loving it. But where’s the guest appearance by Jefferson Pierce? Or my cameo for that very special “Bring Your Grandparent to Work” episode?

September 27: The slimmed-down and looking great Billy Gardell, who stars in the much-beloved Bob Hearts Abishola. He’s an inspiration to us men of a certain age. 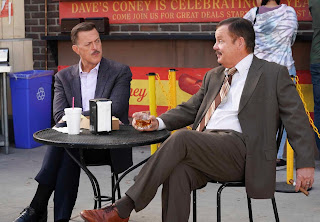 September 28: This week’s Bob Hearts Abishola featured remarkable performances by Billy Gardell (Bob) and Joel Murray (as his late father). Talking to a dead parent is a common TV trope, but these fine actors took it to another level.

September 29: I’m starting to get e-mails about possible convention and other appearances in 2023. I’m hoping they pan out and that I get more. I’d like to do many events in 2023 while I’m still young enough to handle them.

September 30: Sally Forth. Gosh! Sally and Ted have new neighbors who find them interesting and actually like them. Thanks to writer Francesco Marciuliano and artist Jim Keefe for an exciting and fun development.

We’re well into October and it seems like I’m always playing catch-up. But I’m working on increasing the frequency of these bloggies of mine and hope to be back with more content soon. More to come, my friends.

Posted by Tony Isabella at 3:23 PM