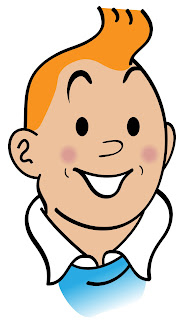 As you probably know by now, I have this 200-plus-item bucket list of the things I want to write before I kick the bucket. However, I also have another, less focused bucket list, which I cleverly named “My Other Bucket List.” Those items on that secondary list include actual goals, a few flights of fancy, some life-hacks and more than a little downright silliness.

People seemed to enjoy them, so, every other month, I was posting them on Facebook and Twitter on a daily basis before compiling them into a bloggy thing for your edification and entertainment. In the even months when I didn’t post “My Other Bucket List” items, I was posting “Things That Piss Me Off.” Both of these lists are going on hiatus for a while.

In a world filled of terrible fears and people - I need only cast my glance at Republican candidate and monster Donald Trump and the morons who support him - I felt I should be as positive as humanly possible. So, starting yesterday on Facebook and Twitter and then continuing through the end of the year, I am posting “Things That Make Me Happy.” My attempt at spreading sunshine before we are all engulfed by darkness. If nothing else, the hiatus will give me a chance to knock some items off “My Other Bucket List.”

Here are my final-for-now MOBL items from May...

May 1: Write a Tintin story that takes place in either the Marvel or the DC Universe.

May 2: Remodel the basement of Casa Isabella so that it’s more than just storage space.

May 3: Bring my own reusable bags to the grocery store. This needs to become my standard operating procedure.

May 5: Train myself to never answer the phone unless I absolutely, 100% know who is calling me.

May 6: Stop beating myself up when my workday doesn’t go exactly as I planned. Tomorrow is another day.

May 7: Ignore those who tell me “You’re white, upper middle class, you’ll be okay no matter who gets elected.” That’s never been the America of my dreams.

May 8: Spend a day in Canal Fulton with Barb, our kids and friends. It’s a lovely little city and one of only two in Ohio I’d consider moving to.

May 9: Write a play. It’s something I never thought of doing before this moment. But...why not?

May 10: Write a steamy sex novel in the style of the paperbacks of the 1950s. It would involve comic books in some way.

May 12: Appear as a guest on The Nightly Show with Larry Wilmore. I always strive to keep it a 100.

May 13: Get in touch with my inner barbarian by reading all of the Conan comics by Roy Thomas.

May 14: Figure out how to work better, faster and smarter and then apply myself to those disciplines.

May 15: Don’t let those who don’t get it, no matter how much I love them, keep me from doing what I must do. It’s a mistake I’ve made too many times in the past.

May 16: Learn how to write screenplays. Write one by the end of the year.

May 17: Bag, board, seal and file my anger issues. They don’t need to be in front of me all the time.

May 18: Don’t lose hope in my country no matter how vile the right-wingers behave. They are dinosaurs waiting for the comet.

May 19: Don’t let my disappointment in the squabbling left weigh so heavily on me that I lose focus.

May 20: Read and review all the Glyph Awards nominees.

May 21: Write more bloggy things on comics industry issues, but not as knee-jerk reactions to those issues.

May 22: Build on what I learn when I attend the East Coast Black Age of Comics Convention.

May 23: Do some research on crows...because we have more of those annoying vermin than ever before.

May 26: Watch Black Belt Jones and The Dragon’s Vengeance again. I saw and reviewed them four decades ago for Marvel’s Deadly Hands of Kung Fu.
May 27: Weekend goal. Catch up on Marvel's Agents of SHIELD. Thank you for your service, Agent Coulson.

May 28: Respond to e-mails, Facebook messages and requests by June 30. Fulfill accepted requests by December 22.

May 29: Try not to overuse “disgusting” though no word better suits the Republican candidate for president and those who support him.

May 30: Replace next month’s scheduled “Things That Piss Me Off” posts with something far more positive.

May 31: Suspend “My Other Bucket List” until I can knock a dozen or so items off that list.

I actually did accomplish some of these goals in full or in part. I ignore the phone about 75% of the time. I’m getting better on not beating myself when I don’t meet my writing goals on a given day. I just apply myself more the next day.

I’m trying not to let the politics get to me as much. These days, my political posts on Facebook are NO COMMENT ZONES. I post a bit of information or commentary. I link to an article I think friends should read. I stay out of political conversations. And, whenever Republican solicitors come to my door, I hang them from my roof and let the crows peck away at them.

I did watch all the remaining episodes of Marvel’s Agents of SHIELD over the weekend. I enjoyed them and will probably write about that show and other season finales soon. I am currently catching up on Bones and the Guardians of the Galaxy cartoons.

“Things That Piss Me Off” and “My Other Bucket List” are on hiatus for the next few months. The former might be on permanent hiatus. I’d rather be happy than angry.

That’s it for today. Come back tomorrow for the first part of the East Coast Black Age of Comics Convention report.

Posted by Tony Isabella at 7:30 AM