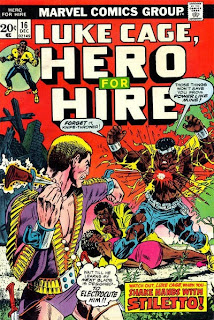 Part of what I try to accomplish in this bloggy thing of mine is to
set the record straight when it comes to my comics career.  There
is a great deal of misinformation out there about comics history in
general.  Some comics historians elevate their speculation to fact.
Some take sides in disputes between creators and other creators or
creators and publishers.  Some twist facts in support of their own
personal agendas.

I don’t consider myself a comics historian.  I’m a commentator who
tries to entertain and inform.  However, when it comes to my comics
career, I think I have a better handle on what really happened and
such.  Though I recognize that we’re all the heroes of our stories,
I do strive to relate information on my career as accurately as I
possibly can.

My bloggy readers seem to enjoy this.  For a long time, pretty much
up to the time I wrote about the vileness that is Dragon*Con, my
most viewed blog post was the one titled “Jim Shooter’s Pants Are
on Fire,” wherein I corrected Shooter’s knowing lies about things
in which I was involved.  Shooter has a habit of rewriting history
to make himself look good, but that wasn’t a concern of mine until
he decided to lie about me.

Recently, in posting a Facebook remembrance of the wonderful Billy
Graham (1935-1999), I came across Steve Englehart’s mis-remembering
the facts about who did what in Marvel’s Hero For Hire #15 and 16
[November and December 1973].  For the short version of the record,
I don’t know what role Steve played in issue #15, but I’m certain
he had nothing to do with issue #16, save that I was finishing the
storyline he had started two issues earlier.

Seeing this misinformation in the Wikipedia entry for Billy Graham
- and will someone set that website straight after they read this
bloggy thing - I decided it was time to - again - do my best to set
this record straight.  Let’s see if it sticks this time.

Hero for Hire #15 was running incredibly late when I was asked to
script the issue’s truncated 11-page Luke Cage story.  Filling out
that issue was a reprint of a short 1954 Sub-Mariner story written
and drawn by Bill Everett.

The credits for that Luke Cage story read:

I probably wrote those credits.  I certainly wrote everything else
on that and the other pages of the story.  That Wikipedia entry has
an almost-accurate quote from me:

"Billy Graham is credited as the co-scripter of my first issue
[#14] and, try as I might, I simply do not recall getting anything
other than the usual penciled pages to script. I skimmed a little
of that issue and, making no judgment as to whether this is a good
or bad thing, the writing does strike me as all mine."

If I actually stated I did issue #14, I was in error.  My first
Luke Cage work was with #15.  I remember reading a make-ready of
#14 while scripting #15 and being concerned to the point of terror
by how late #15 was running.  Reading that make-ready was the only
contact I had with either Steve or Billy during my work on #15 and
#16.  Here’s how it went...

Roy Thomas asked me to write Hero for Hire #15 and #16.  He knew I
was a fan of both Luke Cage and Englehart’s writing...and I knew I
would have killer deadlines on both issues.  When I took the job,
I was given the penciled pages for issue #15.  I received no plot
or script, but I’m pretty sure there were some brief border notes
on the pages.  I’m also pretty sure I was told Billy plotted this
story.  I can’t recall why I (or anyone else) credited him as the
co-scripter.  He should’ve been credited as plotter or co-plotter.
In either case, I received nothing by Englehart before I scripted
these pages.  I didn’t even talk to him about the story.  He might
not have even been in New York at the time.

Once I turned in the script pages for Hero For Hire #15, I had to
start on #16 immediately.  Billy needed a plot or script as soon as
he finished inking issue #15.  My recollection is I had to deliver
a plot or script for #16 within three days of finishing the script
for issue #15...without falling behind on any of my other work for
Marvel.  It was a challenge and I’ve always loved challenges.

Given the tight deadlines for this story and my other assignments,
I decided the most efficient way for me to go was to write a full
script for Hero for Hire #16.  That way, my work on the issue would
be completed and I wouldn’t have to worry about scripting pencilled
pages later on.  Roy was okay with this.  Production manager John
Verpoorten was thrilled with this.

The credits to Hero For Hire #16 read:

with special thanks to Len Wein and Marv Wolfman
The shout-out to Len and Marv had nothing to do with this issue’s
story.  After I’d done a horrible job scripting a three-page horror
script for Chamber of Chills #5, I figured it would be a very long
time before I got any more comics writing work from Roy.  Len and
Marv were encouraging and supportive.  I ghost-scripted a story for
another writer (and for another publisher) and Marv let Roy know I
had done a very good job with that script.  That led to my getting
more writing opportunities at Marvel and, fortunately, Roy liked my
work on those assignments.

Englehart had nothing to do with my full script for Hero For Hire
#16, save that I was finishing the story which he and Billy began.
I created Stiletto and I figured out how to end the story in such
a way as to afford Len Wein a relatively clean slate when he became
the title’s regular writer with the re-branded Luke Cage, Power Man
#17.  Len’s first issue was already in the works while I was doing
#16.  My script for #16 isn’t too far removed from the “They all
got run over by a bus” school of plotting, but it got the job done
for Roy and Len and Marvel.

I attribute no malice to my friend Steve Englehart.  I have always
assumed he is merely mis-remembering the issues among the hundreds
of fine comics he did write for Marvel in the 1970s.  But, as is my
wont, I wanted to correct the misinformation included in Wikipedia
entries and, more importantly, the Grand Comics Database.  I leave
it to Steve if he wants to correct his website.

Posted by Tony Isabella at 6:39 AM