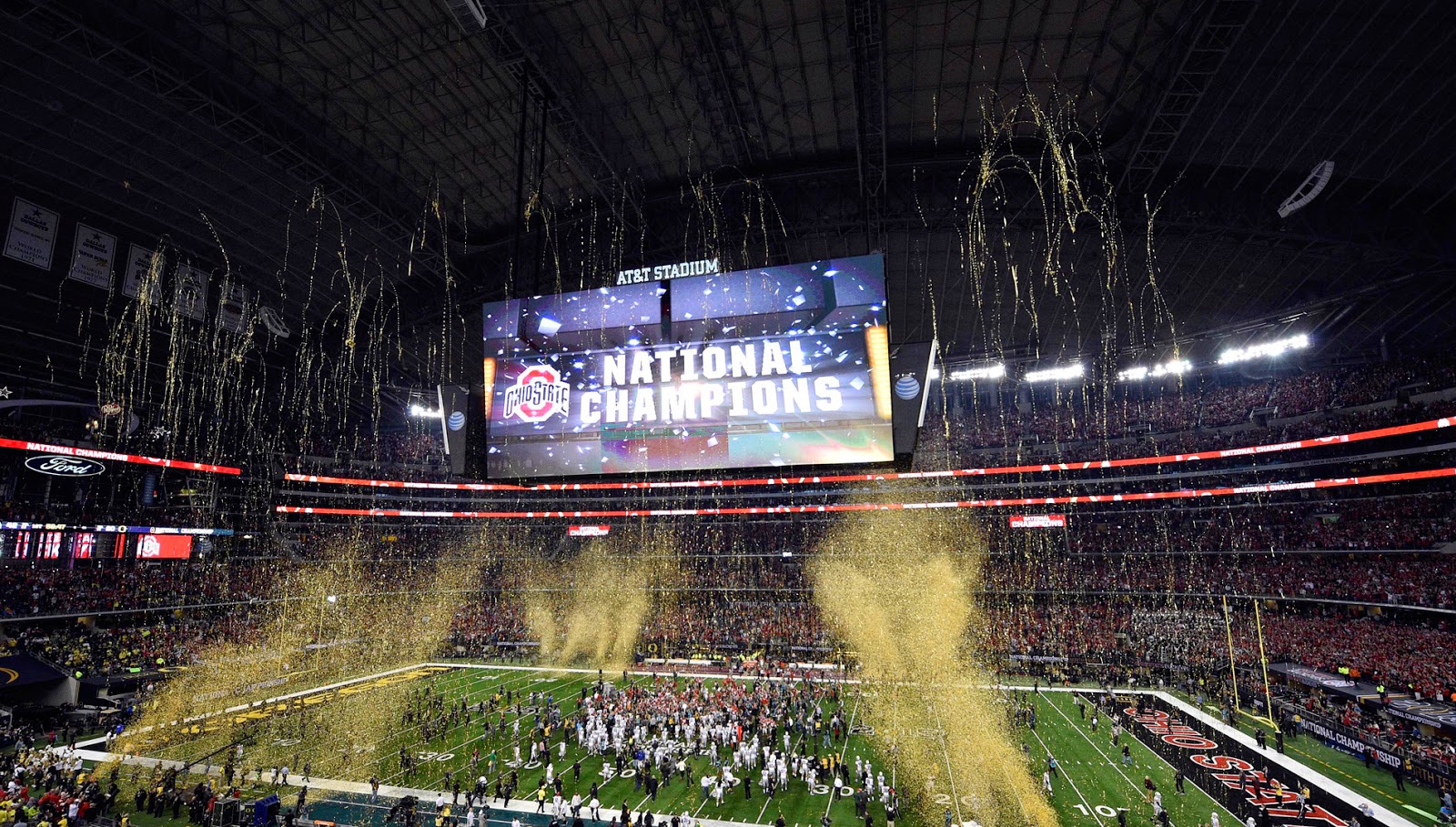 The best damn football team in the land!

My son Ed, a proud graduate of The Ohio State University, was at the game. After the game, he sent us a text saying it was the best day of his life.

It was an expensive day. The cost of flying to Dallas. The cost of the ticket. But, in many ways, for the avid Buckeyes fan he is, this was my son's Comic-Con. Thankfully, his OSU education landed him a good paying job.

The best damn football team in the land!

My congratulations to the Buckeyes and to The Ohio State University.