2015: YET ANOTHER CHANCE TO GET IT RIGHT 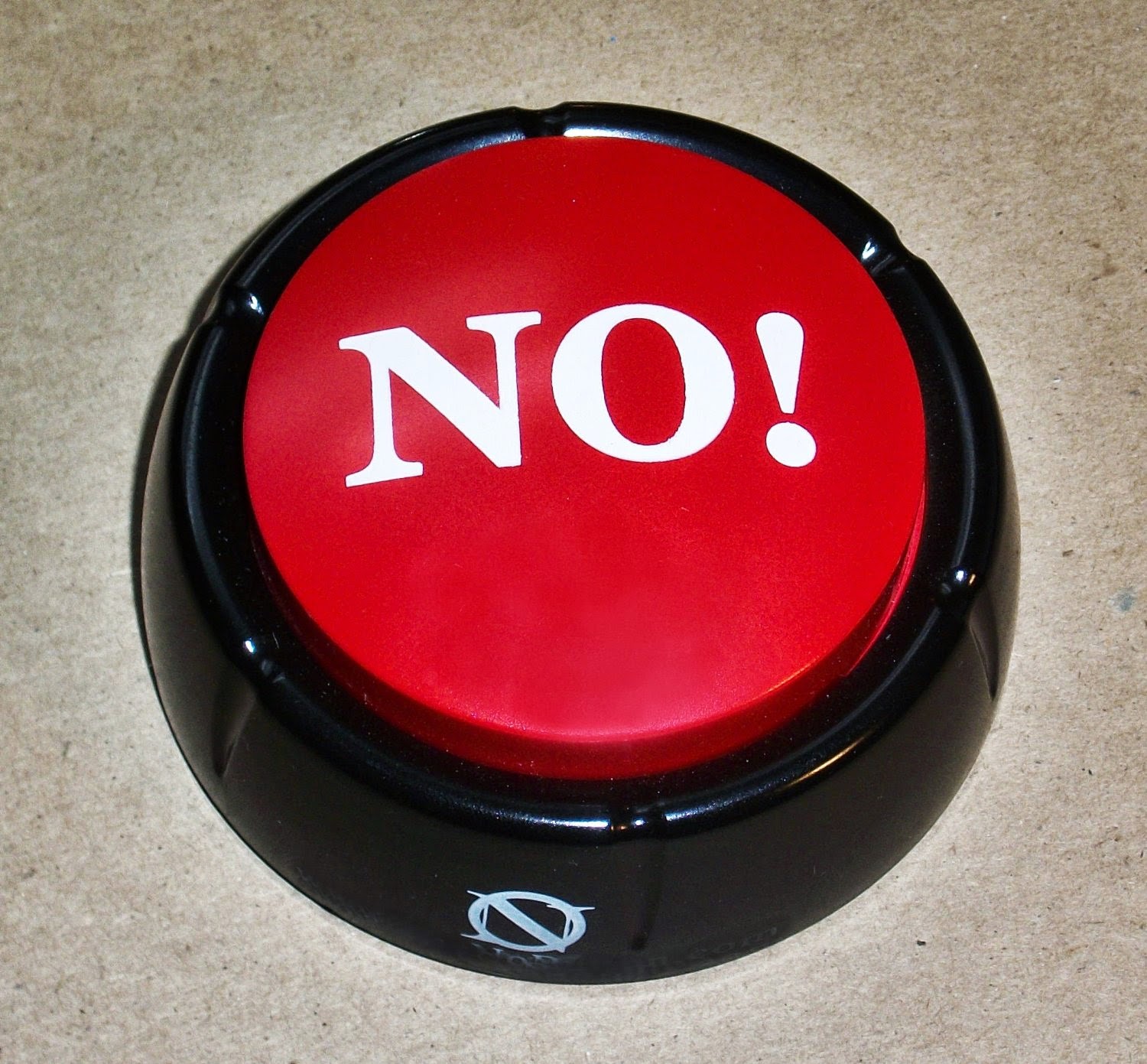 I am eternally optimistic. I get excited at the dawning of a brand new year. Of course, I also get excited at the start of a new month and the start of a new week. It’s my own personal version of OCD:  Optimism Compulsive Disorder. I always hope this is the year or month or week when I will get everything right and avoid the bad breaks that will always be part of life.

If 2014 didn’t go exactly as I might’ve hoped, it’s behind me now. Every year - every month, every week, every day - is always a new beginning. I will always welcome each new chance to get it right. Otherwise, what would be the point of life?

So here we in 2015. This year has been designated the International Year of Light *and* the International Year of Soils by the United Nations General Assembly. The aim of the first: raise awareness of the achievements of light science and its applications, and its importance to humankind. Of the second: to increase awareness and understanding of the importance of soil for food security and for essential ecosystem functions. Worthy goals.

According to Back to the Future Part II (1989), the world of 2015 is a world in which lawyers have been abolished, automated clothing is all the fashion and people travel around in flying cars and on hoverboards. I’ve been waiting for a flying car since I first saw one in a comic book.

Most of my New Year resolutions involve working better and smarter on literally hundreds of projects, including this nigh-daily bloggy thing of mine. Other resolutions:

Eat healthier and exercise more. I word this resolution that way to fool you into thinking I’ve been doing either.

Be less insulting towards the right wing in this country. This can be difficult for someone like me whose opinions are based in reality, but I’m going to try to educate those folks with as much kindness as I can muster. This will probably be the first resolution I break in this new year.

Retire my go-to-phrase for when I am angered. I have cut way back on telling phone solicitors, robo–callers and inanimate objects to go “pleasure” themselves, but I want to stop using this crudest of phrases completely. Besides, I have three different responses for folks who call me with polls I don’t wish to participate in or to try to sell me stuff I don’t want. Because you are my most beloved bloggy thing readers, I will share these responses with you. They are easy to use and fun to boot.

My three techniques work best with live callers, but I suppose you could get some satisfaction using them with robo-callers. Or maybe practice them on robo-callers until you get a live one.

THE “NO!” BUTTON. For around ten bucks, you can buy the bright red  “No!” button shown here. I got mine at Karen’s Hallmark in Medina. When you press it, it “says” one of ten variations on the one-word answer to most questions. My favorite variation is the female “Na-na-na-no” voice.

When I get an unwanted sales call of any kind, I start pressing the button until the caller hangs up. I’m amazed when a caller sticks with me for seven or eight “no” variations. They either have really slow reaction times or are as amused by this device as I am. But no caller has lasted the cycle.

I wouldn’t recommend using this with pollsters. They would likely write down “no” as your answer to all their questions

HAVE YOU HEARD THE GOOD NEWS...? I have to be in a good mood to use this one and also have a few minutes to kill. When a caller starts talking, I immediately interrupt him or her by asking them if they have heard the good news about Godzilla. Then I go into my “First Church of Godzilla” spiel:

The Great Scaly One protects us from alien invaders and ourselves with his fiery atomic love. It can be a tough love - the “folly of man” and all that - but Godzilla is a fair god.

Godzilla is totally accepting of all people and faiths. For it is written that liberal or conservative, Christian or Muslim or Jew, straight or gay, all people sound pretty much the identical as they are crushed beneath his mighty feet.

No called has lasted through both paragraphs, but I plan to write more paragraphs soon. One of these callers might be brought into the fold and I want to be ready to guide them in their future worship of Godzilla and his friends.

THE CREEPY ONE. This one is so creepy that even I get uneasy when I use it. As soon as a pollster or solicitor starts talking, I ask them a question in a breathy voice:

I have a question for you first. What are you wearing?

If they hesitate or try to press on, I ask them:

Are you wearing something sexy for me?

If they need a third strike:

Tell me how your body looks and feels in it.

I admit this is mega-creepy, but it works with men and women alike. They called me, interrupting whatever I was doing for something in which I have no interest. If I make them nervous, it’s entirely on them. I didn’t ask them to call me.

How about that? You aren’t even one full bloggy thing into 2015 and already you’re learning new things.

What can you expect from the bloggy thing in 2015, especially if I manage to maintain my preferred nigh-daily schedule? I have lots of comic books, books, magazines, movies and other things to review. That’s for starters.

There are four convention reports from October and November that I should have written and posted weeks ago. The first of these should appear early next week or sooner.

Once I complete the convention reports and make some headway on all those reviews, I’ll resume writing those “Rawhide Kid Wednesday” bloggy things you love so much and writing about comic books that were published in July of 1963. That was the month Fantastic Four Annual #1 hit the newsstands and changed the life of Tony Isabella forever. I’ll also be digging into the Vast Accumulation of Stuff for rare artifacts from my career.

Political commentary will be rare around this here bloggy thing in 2015. If you believe in facts and reason, you already agree with my positions. If you don’t, I don’t know if anything I write can bring you out of your delusional state.

On those occasions where there’s a comics industry issue of import and when it hasn’t already been beaten to death online, I may offer my two cents on said issues. It could happen.

My online Vast Accumulation of Stuff sales will resume as soon as I catch up on several writing gigs of the paying variety. I want to ship your purchases sooner rather than later.

The bloggy thing will remain free to all. However, I do appreciate PayPal donations to help support my extravagant three meals a day  life style. Eventually, when I can coerce some tech-savvy person of good character to come to my office and add a “donate” button to the blog, you’ll be able to donate that way. In the meantime, you can send me PayPal donations via my e-mail address.

Beyond the bloggy thing...

If my nigh-daily bloggy things aren’t enough Tony Isabella for you, you should also read my weekly “Tony’s Tips” column at Tales of Wonder. Every Monday, I review comic books and other comics-related items with the occasional special installment. I strive to keep the memory of Comics Buyer’s Guide alive whenever I can.

I post all manner of cool stuff on my Facebook page. I don’t have  many openings on my friends list, but that shouldn’t stop you from trying to get on it. I do birthday remembrances of comics creators and other people. I post historical notes. I post links of content from other sources. I ask questions that sometimes result in long and informative threads. I have fun there.

You can also sign up for The Official Tony Isabella Message Board group on Facebook. This is a “no politics” group so, if you loathe my commie liberal socialist fascist politics, this would be a safe zone for you. We talk about comics and movies and TV shows and much more. It’s where Bob Ingersoll posts his challenging movie quizzes and links to genre-related comic strips.

In the real world...

The other months are likely to fill up fast. To discuss having me as a guest at your convention or other event - I’m open to library and school invitations - email me.

My Vast Accumulation of Stuff garage sales will resume sometime in May, depending on the weather. I’m shooting for two sales a month through September.

Thanks for spending part of your New Year’s Day with me. I will be back tomorrow with more stuff.

Posted by Tony Isabella at 6:51 AM