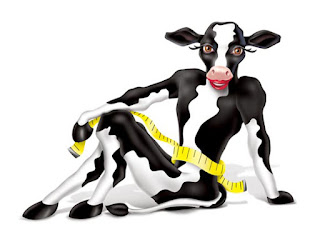 My first real garage sale in two years achieved 110% of my modest goals for it. The Monopoly games sold well, but there are around three dozen plus games left. The dollar comics sold well as did some of the more expensive hardcovers; the latter were 70% off their cover prices. Every one of the dozen five-buck mystery boxes I had made for this first sale sold.

Some customers were disappointed I didn’t have more quarter boxes of comics, magazines and books - hardcover and softcover - at this sale. Hey, everyone loves that price, but the number of those boxes will likely go down with each sale. That’s the natural result  of my goals for this summer’s sales.

This summer’s garage sales are all about reclaiming my office and bedroom from the too many boxes and stacks of stuff that loom too large before me. I desperately need to make my office a whole lot more efficient because the arc of my current career is heading to the near-future time when I will need to hire at least a part-time assistant to help me cope with the clerical part of my business. At the moment, there’s no room for an assistant in my office. I need to fix that.

The bedroom? My Sainted Wife Barb continues to be the most patient woman on the planet, but we need to get moving on our years-delayed renovation of our master bedroom and bathroom suite. I’d like to be able to move all the boxes and DVDs out of there by the end of the summer. That’s going to take some doing.

Friends have asked me about my “thinning the herd” as it were. They see some of the great comics and books going into my garage sales. I’m not going to claim all of my decisions on what to sell and what to keep are easy, but the desire to seriously reduce my legendary Vast Accumulation of Stuff went into overdrive as I witnessed all the stress Barb and her friends had to go through to empty out her mother’s house.

Digression. Barb’s mom has Alzheimer’s Disease and is currently in a care facility. There’s more to the story than that, but it’s too soon for me to write about it in detail. But clearing out just the stuff Barb wanted to keep took months and has resulted in me paying for a third storage unit for it. I want to get rid of one of my other storage units by Christmas. End of digression.

Though I am in good health for a chubby little man of 65 years old, I would be foolish to ignore the possibility I might not be around ten or twenty years from now. I do not want to burden my wife and our kids with cleaning out my VAOS. I want to accomplish most of that myself within the next five years. Even sooner if my career slows down, something that doesn’t appear likely at present. I am living a good and very interesting life.

Some decisions were easy to make. Since my son Ed is a big fan of the Simpsons TV show - as am I - I was keeping my Simpsons comics because I thought he might want them. As it turns out, he doesn’t. Any Simpsons fans who come to my next garage sale are going to have a couple hundred different issues that they can buy at just a buck each. And those are just the ones from my office or future reading room. In the fullness of time, more issues of Simpsons Comics, Futurama Comics and others will emerge from the VAOS.

There are comic books I love, such as The Unbeatable Squirrel Girl and Invincible Iron Man, that are in the dollar boxes. I’m not likely to reread them and, though I think the writing in the titles is terrific, it’s not writing I’m going to look at when writing my own stuff. Squirrel Girl is hilarious, but not my personal kind of hilarious. As for the Riki Williams Iron Man, though I have played around with Brian Bendis-style writing for my own amusement, it’s not my thing either. I gotta be me.

I love the Donald Duck, Mickey Mouse and Uncle Scrooge comic books being published by IDW. But, with a bucket list of over 300 things I want to write before I kick the bucket, I’m more likely to go to that personal list when I have an opening in my schedule. Which is not to say I wouldn’t be tempted if someone came to me and asked me to write my “ultimate” Donald Duck, Mickey Mouse or Uncle Scrooge adventure.

Batman? He was once my favorite comics hero, but I’ve read way too many terrible Batman comic books and seen too many lousy movies to make me want to keep many Batman comic books. There is one Batman story I want to write, but it’s one I doubt DC would let me write and one in which Batman is little more than a supporting character. My garage sale customers are going to find a whole bunch of Batman comics in my dollar boxes...and many other Batman comics at higher but still low prices. I'm talking comics from before and after killing "Robin" became a thing.

I just came across a run of Amazing Heroes. I’ll go through those issues of that great magazine for any thing written by or about me. Issues that don’t have Isabella content will go into the sales.

Some decisions are more difficult, especially when it comes to some once-treasured hardcovers and trade paperbacks. The general rule is that if I need them for my own writing, if I think I might want to read them again, if I want to keep them around to give to others as an example of how diverse and wondrous comics can be, they will remain in the VAOS. If not, I’m sure they’ll find good homes with my customers.

I don’t know exactly what’s in the plethora of boxes in my office, bedroom, future reading room and basement. That’s one of the things I enjoy most about this downsizing process. Going through every box is an adventure in itself.

If you’d like to share the adventure, by which I mean, if you would like to exchange your money for my stuff, my Vast Accumulation of Stuff garage sales are held approximately every other weekend at Stately Isabella Manor, 840 Damon Drive in Medina, Ohio.

Keep watching my Facebook page and this bloggy thing for details on these sales. I’m hoping to have special guests and other fun events at some of them. More to come.

One last bit of bloggy business before I put today’s bloggy thing to bed. I have looked into the abyss that is my ridiculously busy schedule and it has looked back at me with a stern admonition that something had to give.

The bloggy thing will be going on hiatus until Monday, July 3. As much as I love writing it, this blog has to take a back seat to my paying work and some other cool things happening in my life. When the bloggy thing returns, it will resume its seven-days-a-week schedule...with some exceptions.

I’ll be on the road in July, once to an undisclosed location and then on to Chicago for G-Fest. Later in the year, I’ll be a guest at NEO Comic Con, Grand Rapids Comic Con and Akron Comicon. I won’t be posting new blogs during those conventions.

I’m getting dental implants this year, starting as soon as humanly possible so that I don’t dwell on the expenses of the procedures. Odds are there will be days when this process leaves me unable to write anything.
On occasion, the deadlines on my paying work might necessitate taking a few days off her and there. I'm hoping to minimize those days off, but you know what they say about best laid plans.

There is a strong possibility I will be traveling for my work from time to time. If I do any writing on those trips, it will be for my paying gigs. It’s not all about the money for me, but the money is what will allow me to do my own projects.

Thanks for stopping by. See you in July.

Posted by Tony Isabella at 7:10 AM