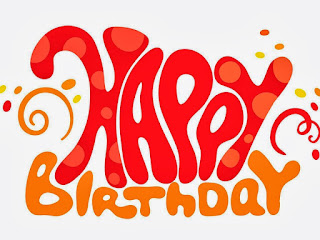 If you’re one of my Facebook friends or simply someone who visits my Facebook page, you know I have a passion for posting birthdays, historical facts and remembrances. The majority of these posts are related to comics in some manner. If you’re not one of my Facebook friends, you can still see these posts. Everything I post on that page is available to the public. Except for those unsavory sorts I have blocked because I don’t have time for their crap.

My interest in comics professionals birthdays began when I wrote and edited The Mighty Marvel Bicentennial Calendar, wherein I commissioned Marvel artists to draw insane images of our heroes doing Revolutionary War stuff. One of the features of this calendar is that it included the birthdays of a great many Marvel writers, artists and staffers. 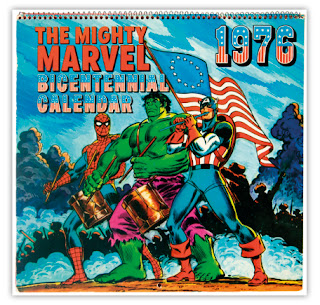 Shortly thereafter, I began sending birthday cards to those Marvels artists and such with whom I had worked. Several of them wrote me back saying it was the first time they had received birthday cards from a writer or, for that matter, anyone else working at Marvel. Of course, back then, you could buy a decent card for under a buck and mail it for thirteen cents.

I continued this practice for a time when I moved back to my home town of Cleveland. I had to stop doing it because money was tight. I wasn’t getting much work. Also, no longer being on staff at DC or Marvel, my access to addresses was curtailed.

Flash forward to 1993. Comics Buyer’s Guide editors Don and Maggie Thompson published Comic-Book Superstars, a hardcover book listing the names, contact information and resumes of comics professionals who’d filled out forms handed out at conventions. The Thompsons had a fairly inclusive notion of what constituted a professional, but what interested me most about the book was...you guessed it...that the listings included birth dates. 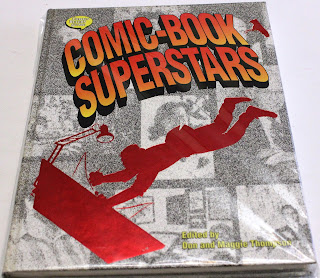 Doing my best Tom Sawyer impression, I suggested to Don and Maggie that they start running birthday information in every weekly issue of Comics Buyer’s Guide. If they were living closer to me, I would have also tricked them into painting my fence.

Using Comic-Book Superstars and the weekly notices, I built my own “database” of birth dates. As CBG added new dates, I added them to my database. That exploded as I “mastered” the Internet. Now I had access to many other sources as well. My database kept growing and growing and growing.

I don’t recall exactly when I began posting birthdays on Facebook or when I added remembrances and historical notes. I do know that a great many people at conventions and on online tell me how much they enjoy them. Most also express astonishment over the quantity of these I post and wonder how I manage to find the time to do it. This is where I reveal my secrets...

I start with my “database,” a Word Perfect document that currently runs 167 pages. This document has only the barest of bones of the information I post. Here is my April 24 entry...

Most of the above posts were repeats from previous years. Using my Facebook “memories” and “activity log,” I cut-and-paste them with whatever updates, such as cheery birthday greetings sadly becoming remembrances, are necessary. Since I’m always adding new birthdays and such to my database, I usually have to write some new posts. The posting and writing of these usually takes an hour. We’ll get into why I do this a little further down the column.

On April 24, after I had done the above and spread out through the day, I added items to my April 25 entry. I have regular sources I check over day.

First and foremost is Maggie Thompson’s Turning Points, the weekly column she writes for Scoop. I have file folders of all her columns from August 2014 to the present. I check them to see if there are items she lists that I don’t have. When I find such items, they are added to my database.

I also check out Scoop’s weekly Celebrity Birthdays column. This has been a great help in adding birthdays for the stars of comics-oriented movies and TV shows. Not every celebrity gets added to my list. I haven’t added any stars from The Walking Dead because it’s not a TV show I watch. I may watch it someday, but not until I’m caught up on the comic books.

Wikipedia is another source for me. On April 24, after I looked at Scoop’s Turning Points and Celebrity Birthdays, I went to Wikipedia and studied its “April 25" entry. A lot of my historical notes are from Wikipedia.

You can pretty much guess what interests me by what history notes I post. I’m fascinated by true crime and disaster stuff. The Great London Beer Flood is an example of the latter. I also have a minor interest in real-life western characters. That came about because I got a kick out of how various Marvel western stories got it so wrong when it came to real-life figures.

My last stop of the day is the Grand Comics Database and its Comics Calendar. Most of my raw data on foreign comics creators comes from that calendar, though I get more information by following up on the calendar entries at Lambiek Comiclopedia.

If I come across additions for my database from other comics blogs and websites, I’ll check it out and incorporate it if it meets my standards for inclusion. But, at the risk of sounding vain, nobody in comics posts more birthdays, historical notes and remembrances than I do.

My database is not completely free of error. But, when I am informed of an error or discover it on my own, I correct it.

The history of the comics industry is all too often a tragic history of creators being screwed over by publishers, editors and even fellow creators. I’ve seen frankly terrible people try to erase creators from comics history. I’ve seen some of these people try to do it to me. But I’m not gonna let that happen to me or any other creator on my watch.

That hour-plus a day I spend on the birthdays, historical notes and remembrances is my contribution to celebrating comics creators of the past and the present. I invite my Facebook friends to share my posts wherever they like.

In most cases, we can’t do anything about the wrongs done to these creators. But we can sure as hell remember them and what they do or have done in comics. That’s worth the time I spend on this. It's s worth doing it every day I can do it.

This is the story of how I became like unto a god of birthdays and more. And now...I have to go change the kitty litter.

Posted by Tony Isabella at 9:20 AM