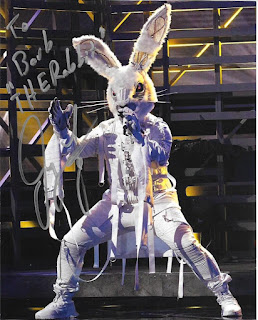 This isn’t an April Fool’s Day column. I’m not remotely an advocate of April Fool’s Day, what with every online amateur trying to come up with some bogus malarkey they believe is hilarious. As I’ve said in the past, April Fool's Day is for the weak-minded unwilling to make a year-round commitment to the lifestyle.

It’s especially problematic for me when it falls on the first day of April since the first day of any month is when I post the many things that brought me joy in the previous month. If you find humor in the items listed below, I’m fine with that. But each and every one of them is a honest representation of something that made me happy. I’ll forgo my usual spiel about why I need to post these things every day and just get to them.

March 1: The smile on Saintly Wife Barb’s face when I gave her an autographed to her photo of Joey Fatone as the Rabbit from The Masked Singer. We watched the show every week; the Rabbit was one of our favorite performers.

March 2: Landed a nice copy of Captain Marvel #6 (1968) on eBay for a decent price. It has a letter from some fan named Tony Isabella.

March 3: Breakfast at Twisted with Barb and Kelly. When our local Medina  Eat ‘n’ Park closed, the trendy eatery hired some of its employees and began serving breakfast every day. Great food and prices. We’ll be back. 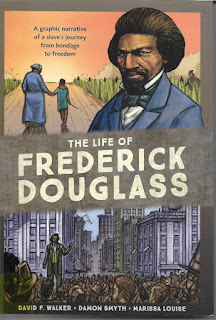 March 4: The Life of Frederick Douglass by David F. Walker, Damon Smith and Marissa Louise. A magnificent biography in comics form. Should be in every personal, public and school library.

March 5: I Moved to Los Angeles to Work in Animation by Natalie Nourigat. Not only is Nourigat’s personal journey interesting, but she packed this slim book with a plethora of useful information for those also seeking careers in the field.

March 6: I am the Night. Six episodes of unrelenting suspense with a surprisingly satisfying ending. Great acting and great writing. It’s inspired me to research the subject further.

March 7: Full Frontal with Samantha Bee did brilliant pieces on America’s second most evil family - the Sackler monsters - and the idiocy of Brexit. Comedy does a better job putting news in context than the news media.

March 8: The New Yorker hotel. Living in way-too-white Medina, it was life-affirming joy to hear and see so many folks from all over the world during my stay there. 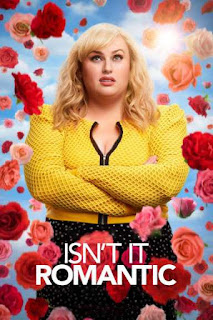 Match 9: Isn’t It Romantic starring Rebel Wilson. I saw it at the AMC25 on 42nd Street and was thoroughly entertained. It’s funny and heartwarming. I’m gonna watch it again with Barb as soon as I can.

March 10: Big Apple Comic Con 2019. The venue was...let’s be kind and call it “vintage”...but the fans certainly got their money’s worth. So many great guests, dealers and panels. I had a blast and a half.

March 12: Saintly Wife Barb joined me for the weekend. We had great meals and spend fun time with our niece Kara, our “other daughter” Giselle and Giselle’s boyfriend Kadeem.

March 13: This was the fourth trip in a row where I hadn’t gained any weight while I was away.

March 14: Bill Biegel and Biegel’s Plumbing. Bill has been our go-to plumber for a couple years now and always comes through for us. He heads the Raymond Biegel Memorial Tournament here in Medina and he’s a fan. We are everywhere!

March 15: Full Frontal with Samantha Bee aired a segment created by female animators sexually harassed by Chris Savino, creator of The Loud House. It was a great way to deliver vital information about sexual harassment in the industry. Well done.

March 16: From the Big Apple Comic Con: moderating Q&A session for Mike Colter of Luke Cage fame and much more. Great questions and great answers. A sincere pleasure to be there with him.

March 17: From the Big Apple Comic Con: seeing the original art for Black Lightning #1 (1977) for the first time in decades. Trevor von Eeden’s pencils and Frank Springer’s inks still look fantastic and were not done justice by DC’s lousy printing back then.

March 18: From the Big Apple Comic Con: the smile on Saintly Wife Barb’s face when a fan asked to sign 1000 Comic Books You Must Read because it was dedicated to her. 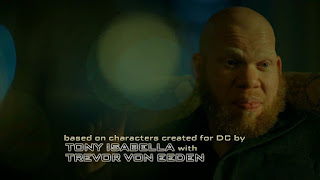 March 19: The season finale of Black Lightning. It exceeded all my high expectations, even in the scenes I watched being filmed. I’m eager to see what comes next.

March 20: Blue Heron Brewery Event Center in Medina, Ohio. My sort of nephew-in-law Mike is brewmaster. Barb, Kelly and I went there on St. Patrick’s Day. We enjoyed great food and had a great time.

March 22: Had a nice dinner with dear friends who helped me get my troubled head back on track. My bipolar comics career is still one huge pain in my ass, but I’m coping with it.

March 23: Rereading Barefoot Gen by Keiji Nakazawa. It is every bit as powerful the second time around as it was the first. 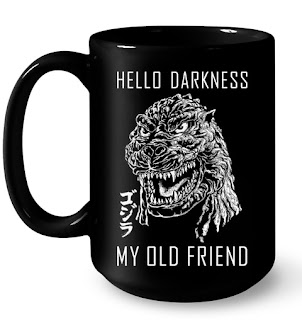 March 25: Captain Marvel. The Marvel Cinematic  Universe does not disappoint.

March 26: The Simpsons: “Bart vs. Itchy & Scratchy.” A very funny send-up of males hating on female heroes. Topical as well. Plus: it had a House Hunters joke. 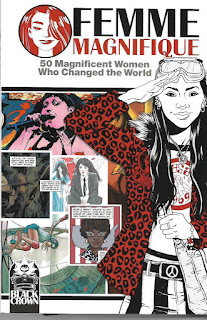 March 27: Editor Shelly Bond’s Femme Magnifique: 50 Magnificent Women Who Changed the World. A wonderful anthology and the perfect gift for the young women in our lives.

March 30: Adam Schiff and Alexandria Ocasio-Cortez. Smart leaders who don’t back down when attacked by the Dumpster President and his cowardly, immoral Republican Party.

March 31: My transgender friends who live their truths despite the obstacles put in their paths. I admire and support you. My world is better for you being in it.

My next convention appearance will be The Great Philadelphia Comic Con on April 12-14 at the Greater Philadelphia Expo Center, 100 Station Avenue, Oaks, Pennsylvania. There will be over sixty guests from comics and other media at the show, a vibrant artists alley, cosplay, gaming and more. As we get a little closer to the event, I’ll tell you more about it. For now, for more information, visit the convention’s website.

I will be back tomorrow with my too-long-delayed review of Captain Marvel. See you then.