THINGS THAT MADE ME HAPPY IN OCTOBER 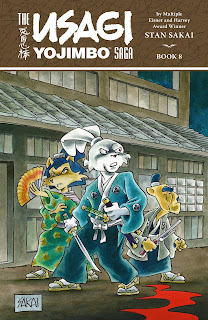 New bloggy things have been too few and too far between in recent months. I attributed this slowdown to a combination of convention exhaustion, depression, flu, frustration with the comics industry and just plain “Tony ain’t as young as he used to be.” It turns out my self-diagnosis was wrong.

My blood sugar levels have been rising for what I now believe has been several months. When I finally went to the emergency room in early December, I learned I was a type 2 diabetic. Before I got it under control, I had hit 550. As a baseball hitting average, that would be great. As a diabetic, not so much.

Fortunately, once I knew the cause of my problems, I had an enemy I could fight. I went absolutely cold turkey on a bunch of things I never thought I could live without: Pepsi, chips, Chinese food, pizza and more. I started watching what I eat, taking naps when I was tired and not beating myself up when I didn’t do everything I wanted to do in any given day. My average blood sugar reading is now at 150 or so.

I’m feeling much better. I’m writing again. The blurry vision that forced me to the emergency room is largely back to normal with the difference being quite easily explained by my not having gotten a new prescription in a few years. An eye examination is on my list of things to do in the immediate future. I expect to be around for many years to come.

Even when I was at my lowest points, there was never a day in which someone or something didn’t make me happy. Here’s my list of those things that made me happy in October:

October 2: Bob (Hearts) Abishola is lighthearted fun. Bob was just a tad too stalker-ish in the pilot, but the show course-corrected by the second episode. Most sitcoms leave me cold, but this one is working for me.

October 3: Desi Lydic’s hilarious and spot-on takedown of Yelp on last night’s The Daily Show with Trevor Noah. Lydic is so good she should have her own show, be it a talk show or a sitcom. 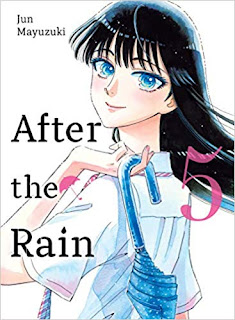 October 4: The open-to-interpretation conclusion of Jun Mayuzuki’s After the Rain manga was satisfying. This tale of the relationship between a divorced restaurant manager with a son and a much younger woman could have been creepy. Instead, wherever that relationship goes, both people are better for having met the other.

October 5: Biased: Uncovering the Hidden Prejudice That Shapes What We See, Think and Do by Jennifer L. Eberhardt, PhD is eye-opening and demands we look at ourselves more closely.

October 6: Monster from Green Hell. When a never-before-seen cheesy monster movie from 1957 is just what I needed to forget by earthly woes for an hour and change.

October 7: Batwoman. I liked the pilot, which struck me as a cross between Arrow and Gotham. I would prefer more Gotham and more Kate creating her own supportive family. I’m guardedly optimistic about this show.

October 8: The Simpsons. “Go Big or Go Homer” was a swell episode and proves why the series is in its 31st season. A hearty well done to guest voices Michael Rapaport, the sublime Joe Mantegna and the use of Carly Simon’s “Let the River Run”.

October 9: Black Lightning’s third season premiere. I’m constantly amazed at how much great story this show packs into every episode.Action, human drama, suspense and surprises all brought to us by a cast, crew, writers and directors who are the best in the business. 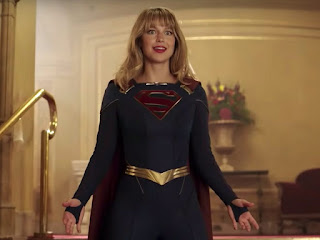 October 10: Supergirl’s new costume. Specifically, the wee squeal of delight from Kara when she looks down and exclaims “Pants!” No more stiff necks from perverts trying to look up her skirt as she flies overhead.

October 11: Figuring out what I have to do to bring my anxiety and other challenges under control. Always forward.

October 12: Back Issue #116. The “Superheroes and Monsters” issue with terrific articles by editor Michael Eury, Michael Kronenberg, Karl Heitmueller and others.

October 13: The Naked Monster (2005). A glorious and hilarious love letter to the monster movies of the past and the courageous actors who fought those creatures. Am I too old to be crushing on Brinke Stevens?

October 14: Wonder Woman Giant #1's Wonder Woman/Harley Quinn team-up by writers Amanda Connor and Jimmy Palmiotti with art by Inaki Miranda was delightful. It hurts to smile this much while reading a comic book. 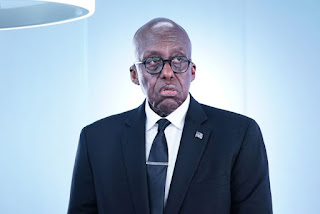 October 15: Black Lightning. The matter-of-course malignancy of Agent Odell (as realized by Bill Duke) and how it infects and makes toxic everything around him. The battle I most want to see in this season is Odell versus Tobias Whale.

October 16: Distancing myself from the mainstream comics industry. I’d rather be writing comics for Marvel, DC and other outfits, but there’s comfort in realizing I don’t have to worry about whatever “big news” comes down and how it might affect me. The short answer: it won’t.

October 17: Young Sheldon. In its third season, each episode has a new opening featuring Sheldon’s family and Sheldon himself wearing a different costume/outfit. That’s a nice touch. He was the Flash last week.

October 19: Wild Bill’s Olde Fashioned Soda Company. I’ve enjoyed their root beer at many conventions, but their mix was off at the last one I attended. It was back to its normal incredible at Fanboy Expo. I bought a mini-mug with free refills.

[UPDATE: Alas, this root beer is one of many things I am no longrt able to enjoy. It’s not you, Wild Bill. It’s me.]

October 20: Fanboy Expo. The gracious Susan Egan signed a photo of Megara (Disney’s Hercules) for my “other daughter” Giselle. Meg is Giselle’s favorite Disney heroine and, of course, Susan voiced the character wondrously..

October 21: Fanboy Expo. The best part of the show was seeing old friend Sean Kelly. He brought me gifts from Japan and more. A Navy veteran, he’ll be moving on to a new job soon and I hope to see him in that city, too. 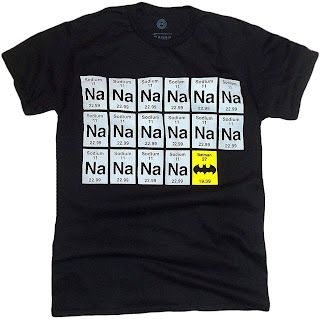 October 22: My Periodic Table-inspired “Na Na Na Na...Batman” shirt got many compliments. A young woman at the hotel asked me if I was a scientist.

October 23: Fanboy Expo. I sold stuff to a couple celebrating their anniversary, signed their 9.4 slabbed Black Lightning #1 (on the case) and gave them Black Lightning pins as an anniversary present. The guy was raised in nearby Wadsworth, Ohio. Gotta take care of my homes.

October 24: All Cats Are Introverts. It’s Francisco Marciuliano’s  seventh book of pet poetry. It’s hilarious. I own his first book (I Could Pee on That). I must have them all. Entertaining stuff from the writer of Judge Parker, Sally Forth and Medium Large.

October 25: Sir Bagby by brothers Bill and Rick Hackney. As seen in Comics Revue, the only reprinting of the 1957-1967 newspaper strip, it’s medieval tropes with sly commentary on political and social issues. It truly deserves to be more widely known.

October 26: Marvel Visionaries: Roy Thomas. A deserved tribute to one of Marvel’s all-time best writers. This over 300-page hardcover reprints unforgettable done-in-one comics by the guy who inspired me, hired me, taught me and remains my friend. 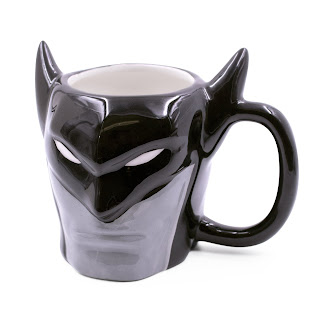 October 27: World’s Finest The Collection. I ordered the Batman 80th Anniversary box on a whim, remembering the days when I liked Batman. It turned out to be an amazing box of cool Batman stuff I showcased on my Facebook page.

October 28: The Adventures of Tintin: The Complete Collection. I’m celebrating the 90th anniversary of Hergé’s great creation with this slipcase set of all 23 albums in eight hardcover volumes. It’s my Halloween/birthday/Christmas present to myself.

October 29: What You Get for Your Money on HGTV. Two couples with the same amount of money buying houses in different states. Hosted by a snarky unseen narrator with a thick Brooklyn accent. Saintly Wife Barb and I are hooked.

[UPDATE: Not everyone enjoyed this show as much as I did. It made a quick departure from the airwaves.]

October 30: Halloween Comicfest. My pals at Stormwatch Comics have sent me this year’s special comics. I’m looking forward to reading and reviewing them.

October 31: On this date in 1972, I started work at Marvel Comics in New York. That it was Halloween reminds me that working in the industry is equal parts fun and nightmare. But I’m proud of my 47 years in comics.

That’s all for now, my friends. If all goes as planned, tomorrow’s bloggy will list the things that made me happy in November. See you then.