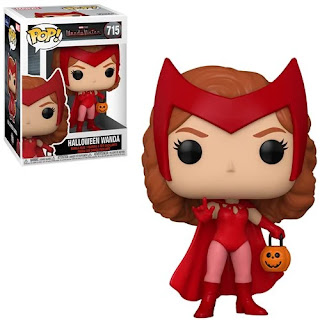 I believe my bloggy thing readers and online friends are generally well-informed, so I won’t get into all the news stories - fake and otherwise - that are making 2021 only moderately better than that year we don’t want to mention. It’s still very hard for me to be as productive as I would like. However...

One bright spot is that, now that I’m fully vaccinated, I’m ready to hit the convention trail again. First up is Pensacon 2021, which will be held May 21-23 in Pensacola, Florida. Mike Ensley and his crew put on what has become my favorite convention. I’m excited to be attending for what I think is my sixth year in a row. I’ll have more to say about the event in a day or two, but, if you check out the show’s wonderful guest list, you’ll be just as excited as I am. You’ll find that list on the Pensacon website.

As for April, well, brilliant ray of sunshine that I am, I managed to find something to make happy every day of the month...

April 1: Entertainment Earth has become one of my favorite places to shop for Funko and Godzilla items. My latest arrival from them is Wanda Maximoff in her WandaVision Halloween costume.

April 2: April fools! The first public Herd Gathering in a year as Roger Price, Bob Ingersoll and I had lunch at On Tap in Medina. It was great seeing these guys again!

April 3: Godzilla vs. Kong. My son Eddie saw it on the big screen on Thursday night. I’ll be writing about it in a near-future blog.

April 4: The Last Blockbuster. Streaming on Netflix, this terrific documentary takes you to Bend, Oregon, the home of the one and only remaining Blockbuster Video. It brought back so many memories of my nigh-daily Blockbuster visits back in the day. 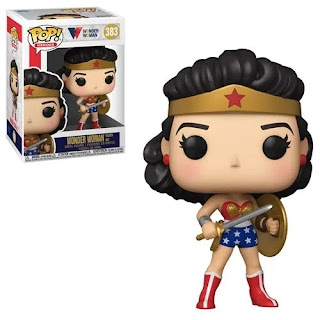 April 5: Funko’s Golden Age Wonder Woman Pop figure. My answer to the valid question asking if I buy too many Funko figures for a 69-year-old man is...no, I do not. But I do need suggestions for the best display cases for them.

April 6: The Foods That Built America on The History Channel. This documentary series tells the stories of our nation’s iconic foods and those who created them. Meet my next obsession.

April 7: Godzilla vs Kong Sometimes Friends Fight (But They Always Make Up) is a counting book for children six years old and younger. It’s never too early to introduce little ones to the wonders of the greatest kaiju of them all.

April 8: Pensacon. My first convention appearance since February, 2020, will be Pensacon in Pensacola, Florida, on May 21-23, 2021. I’m excited to return to my favorite convention. Check out the con website for their fantastic guest list.

[NOTE: Yeah, I know this was discussed at the top of today’s blog, but some things are so cool, they demand repeat mentions.]

April 9: Marvel Comics The Variant Covers by John Rhett Thomas. I just got this big beautiful coffee table book yesterday. I flipped through it and WOW! It looks amazing. I plan to savor this treasure a few pages every day. 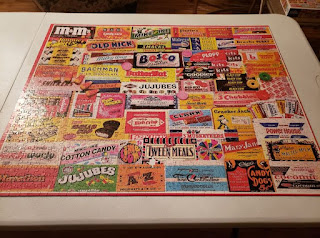 April 11: Spending an evening with Barb and Eddie putting together White Mountain’s 1000-piece Candy Wrappers jigsaw puzzle. Despite a missing piece, it was still big fun.

April 12: Black Lightning’s back-door pilot for Painkiller. I liked it a lot and was mightily impressed by the performances of Jordan Calloway, Nafessa Williams, Chantal Thuy, Sibongile Mlambo and the other cast members. More please. April 13: Truth. I’m a Godzilla dad. Just like a normal dad but way cooler. Because I own this t-shirt.

April 14: Working on my first YouTube video. I’m writing the script today and tomorrow, recording it Friday and posting it on Saturday. If it goes well, I might starting making these on a regular basis. Watch for details.

[NOTE: This project got sidelined for a few weeks, but it should be hitting YouTube before the end of May.]

April 15: Remember the 1000-piece Candy Wrappers jigsaw puzzle that was shy one piece? Saintly Wife Barb found that missing piece under a chair. She completes us.

April 16: My kids Eddie and Kelly got their second vaccine shots. Once their new powers manifest, I will start coming up with their super-hero names.

April 17: Last year, U.K. comics digest Commando began to publish new stories of characters like Lord Peter Flint (from Warlord) and Braddock (from Victor). Though I wasn’t familiar with either, I’m loving these revivals.

[NOTE: Sadly, Commando didn’t publish many of these special issues, even though they were well-received by the readers.]

April 18: President Joe Biden has joined my Social Justice League of the world via this action figure. On one side of the box is the phrase “Truth Over Lies.” A worthy objective that.

April 19: I came up with a brilliant name for a comics series I’ve wanted to write starring a group of giant monsters. Now all I need is the right artist, a publisher to foot the bills and the time to write it. 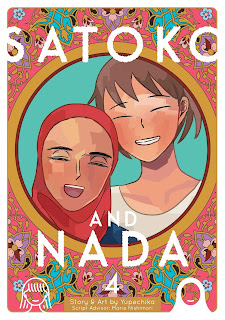 April 20: Satoko and Nada by Yupechika. The beautiful story of two young women from distant lands (Japan and Saudi Arabia) who come to the U.S. for college concludes with its heartwarming, hilarious and satisfying fourth volume. It’s a treasure!

April 21: Thunder Force: Octavia Spencer’s hero name is Bingo. It has nothing to do with her invisibility power. I love this so much I should create a whole team of heroes named after popular public domain games.

April 22: Using my new mastery (i.e. basic competence) of Zoom, I was interviewed by Christopher Brown, the host of the Cross Border Interview Podcast. It went well and I remembered to wear pants. I call that a win-win.

April 23: Via Zoom, I spoke to John S. Hollemon III’s students at Hampden-Sydney College. I like sharing accurate comics history with  others. I am also available for live talks, convention appearances and really dull parties. 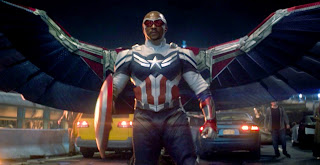 April 24: The finale of The Falcon and The Winter Soldier delivered the satisfying conclusion I was hoping for. No spoilers here, but look for my bloggy thing overview in the near future.

April 25: Captain America 4 is in development with Malcolm Spellman (head writer of The Falcon and the Whiter Soldier) at the helm. With the expected return of Anthony Mackie and Sebastian Stan, my suggested title is Captain America 4: Justice.

April 27: Watching teacher Laura Trammel become the first person to win a house in the Wheel of Fortune bonus round. The Margaritaville home is worth $375,000. What a thrilling and wonderful moment for Trammel and the viewers!

April 28: Jamon Allen Brown. My friend’s script for chapter four of Black Lightning’s “The Book of Ruin” was painful to watch. But it was also brilliant and gave the great cast so much to work with. I can’t wait to see what Jamon does next.

April 29: Discussing a character I’d never thought about writing, I quickly came up with a fresh take and a direction consistent with them. I’m beginning to think I can write any comics character. Even if I’m the only one who thinks this, it’s a nice feeling. 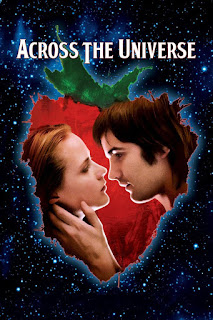 April 30: Across the Universe. What a beautiful movie! The romance of a well-off American girl and a poor Liverpool artist is framed in Beatles music and the turbulent 1960s. Thanks to Anthony Tollin for recommending it to me.

Posted by Tony Isabella at 9:54 AM