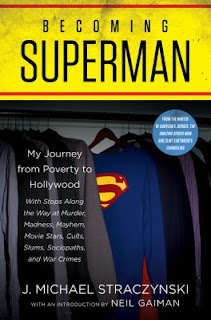 Sometimes It seems I’ve been writing “Tony’s Tips,” in one form or another, forever. When I started writing it for the dearly missed Comics Buyer’s Guide, back when it was still a weekly newspaper, my extremely narrow mandate was to review comics-related things that weren’t actually comic books. CBG had Don Thompson, arguably the best comics reviewer ever, walking that beat. Somewhere along the line, my narrow mandate was widened. With Don’s blessing. Because, really, he had no competition in that arena.

When my friend and mentor Don left us way too soon, I became CBG’s lead reviewer. By default. I couldn’t replace Don, but I could try to be the best damn second-place reviewer possible as CBG went from weekly newspaper to monthly magazine to the stuff of legend. It’s a pretty rare week when someone doesn’t tell me how much they miss CBG. I miss writing for CBG. I miss receiving literally hundreds of comics, graphic novels and magazines for review each and every month. I especially miss working with editors Maggie Thompson and Brent Frankenhoff.

This online version of “Tony’s Tips” has undergone a new narrowing of focus. The format has remained as it once. Opening statements, followed by a trio of reviews. However, now and for the foreseeable future, each of those three reviewed items will be something I see as being worthy of award nomination. Books and comics rising above their peers. I don’t keep close tabs on awards of any kind, but, if I need, these are the kinds of works I’d expect to find among them. Consider them all highly recommended.

J. Michael Straczynski’s Becoming Superman [Harper Voyager; $28.99] is author’s amazingly detailed, extremely human, often chilling and ultimately uplifting autobiography. While it may not be exclusively about comics, for me, the role of Superman in Straczynski’s life makes it worthy of comics industry awards for non-fiction works. Indeed, I think it would be tough to beat in those categories.

JMS - I’ll be using his initials because my spell-check will go on strike if I keep trying to write his name from memory - is famously known for creating and writing Babylon 5, my pick for the best damn
science fiction television show of all time. He had an exciting and controversial run on Amazing Spider-Man and wrote a whole bunch of other pretty terrific comic books, movies and TV shows. He also was a great friend to the late Harlan Ellison, which cemented my regard for JMS the man as much as JMS the writer.

The sub-title of the book is “My Journey from Poverty to Hollywood with Stops Along the Way at Murder, Madness, Mayhem, Movie Stars, Cults, Slums, Sociopaths and War Crimes.” If you’re thinking that’s hype, think again. JMS delivers on all of that and more in a story that, though non-fiction, reads like an unfolding mystery in worlds most of us will never experience.

The presence of and inspiration provided by Superman should remind us all of the importance of that classic super-hero creation. The core values of the Man of Steel are strong even when egotistical comics writers bend them temporarily to their own sensibilities or when DC Comics editors, publishers and movie makers fail to understand the precious gem of which they are fleeting custodians. Even feeling as I do about the glory of Superman, I am in awe of the effect Kal-El had on one of my favorite writers.

Becoming Superman should have a honored place in the home libraries of all Superman fans. It belongs on the shelves of every public and school library. I cherish my copy of this book and recommend it to everyone reading these comments. 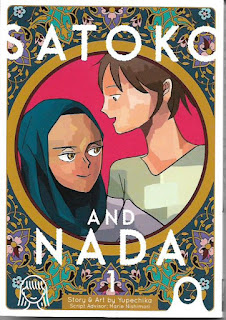 Satoko, a Japanese student studying in America, has a new roommate: a Saudi Arabian woman named Nada! They might have different customs, but through mutual respect and the hilarious adventures of their daily life, Satoko and Nada prove that friendship knows no borders.

This manga is many things. Told in one-page segments, it a terrific comedy that is respectful of all cultures. It is informative with the lead characters learning more about each other’s countries and the United States where they attend college. It is heartwarming in its tale of friendship.

The final volume covers the last days of their time together with Satoko returning to Japan. Their parting is sad, but their bond is strong and life-affirming. If there’s not a live-action adaptation of Satoko and Nada, there really should be. It’s a wonderful story that should be experienced by millions of viewers.

Publisher Seven Seas rates this manga as being for teens. I think it’s suitable for younger and older readers as well. It’s one of my favorite manga series and I recommend it to all. 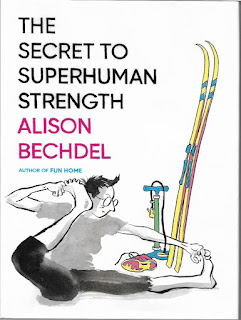 Our third book for this edition of Tony’s Tips is Alison Bechdel’s The Secret to Superhuman Strength [Houghton Mifflin Harcourt; $24] sneaks up on you. It’s said to be “Bechdel's graphic memoir of her lifelong love affair with exercise,” but it goes much deeper than that. The examination of the cartoonist’s participation in various fitness and self-improvement methods is often hilarious and always layered with historical and cultural connections to literary giants and the societies in which they lived and loved. That alone would make it worth reading.

What makes this graphic memoir deserving of awards consideration is the deeper emotional core of the work. Bechdel’s fitness regimens wrap around her life with its personal and romantic ups and downs,
the highs and lows of her professional efforts and her connecting with members of her family in changing circumstances. Like Fun Home and Are You My Mother?, The Secret to Superman Strength assures her  place as one of our best and most revealing storytellers. This is a book that should be in the home library of all comics fans and every public and school library.

That’s a wrap for this edition of Tony’s Tips. Keep watching this bloggy thing of mine for reviews of award-worthy publications and a whole lot more.