THINGS THAT MADE ME HAPPY IN JUNE June was an exercise in endurance for me. Our Tardis-like house is so big that we have two distinct air conditioning system. With the temperature rising into the high eighties and occasionally playing with the low nineties, our upstairs system gave up the ghost. That was very bad for my health and sanity.

My home office is upstairs. The temperature in my office generally hovered around 85 degrees or more. Trying to work in my office for more than a half-hour gave me splitting headaches and worse. This impacted everything I was working on...from my online publications to my comics and other writing to my garage sale preparation. I was about as miserable as I’ve been in a long time.

We had to wait several weeks for our heating and cooling company to have an opening in its schedule, but we finally got a new upstairs air conditioning system installed. Unfortunately, this new system cost thousands of dollars. Fortunately, we were able to cover that expense. I mean, it hurt, but we survived.

Even with the extreme discomfort, there were many good things in my  life in June. How can a month in which we celebrated Saintly Wife Barb’s and my wedding anniversary, Father’s Day and our son Eddie’s birthday not have considerable joy in it?

Here are the things that made me happy in June...

June 1: I was interviewed by Seth Everett for his terrific Hall of Justice podcast. He thinks it went great and who am I to question such an astute journalist. You can listen to it here.

June 2: Jeopardy. Mayim Bialik is doing a fine job as guest host of Jeopardy! She’s been professional and personable. She wouldn’t be my first choice for permanent host, but I could see her winning the gig.

June 3: Jeopardy. Every so often a contestant comes along who makes the popular game even better. Enter quirky Brooklyn New York lawyer Julia Markham Cameron, whose reactions to answers right and wrong were delightful to behold.

June 4: DC Festival of Heroes: The Asian Superhero Celebration has a Grace Choi story featuring Black Lightning. Jefferson Pierce is not precisely on model, but it’s close enough for me to send kudos to writer Alyssa Wong for an entertaining tale. 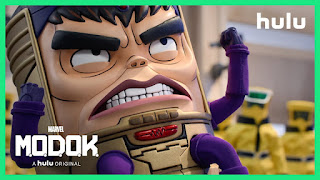 June 6: DC Festival of Heroes: The Asian Superhero Celebration. I enjoyed this 100-page comics anthology. I’m even more thrilled that there were so many Asian characters getting a chance to shine. I’ll have more to say about this in a near-future blog.

June 7: Cult of the Cobra (1955) is an absurdly low budget horror movie from Universal International, but its cast included so many familiar actors I had a blast just figuring out where I’d seen them before.

June 8: I’m enjoying the heck out of Jerry Siegel’s The Syndicate of Crime, comics serial from the pages of the British comic Lion. Whoever owns the rights to The Spider, I would love to write a new serial starring that magnificent villain. 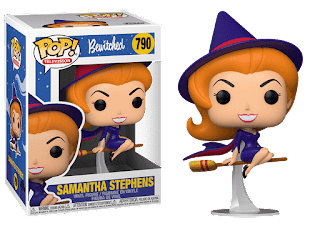 June 9: Samantha Stevens had been added to my Funko collection. I never intended for this to happen, but I must admit I have become a Funko collector. I find them delightful. But, just in case, I’m going to look for a Funko Anonymous meeting near me.

June 10: The Other History of the DC Universe #1 by John Ridley and Giuseppe Camuncoli, which stars Black Lightning, has been nominated for “Best Single Issue” in the 2021 Eisner Awards. This is what can happen when my creation is written by someone who both respects and understands the character.

June 11: Marvel’s Loki. Not the easiest concepts to grasp, but you can’t beat the chemistry between Tom Hiddleston and Owen Wilson. I’m already wishing for more than six episodes.

June 13: I’m getting excited about the amazing and unexpected stuff I’ll be offering in this summer’s Vast Accumulation of Stuff garage sales. Opening dates are June 25-26, but I may do an advance sale before then. Watch my social media.

[Sigh. My opening dates turned out to be July 2-3, but that first weekend was big fun and a financial success.] 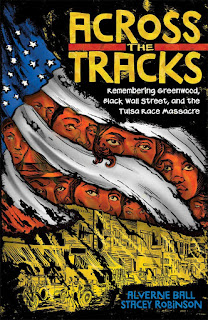 June 14: Across the Tracks: Remembering the Tulsa Race Massacre and Black Wall Street by Alverne Ball and Stacey Robinson is an amazing entry-level introduction to vital history...and a reminder that we must preserve even the worst of our history.

June 15: At my summer garage sales, I’ll have (among other things) tables of comic books, DVDs, VHS tapes, CDs, manga and more at just a quarter per item.

July 16: Saintly Wife Barb and I celebrated 37 years of marriage at the Amuse European Bistro on Medina’s Public Square. The food was  delicious and so plentiful that we got four more meals out of it.

July 17: Andy Runton’s Owly The Way Home. Charmed by its Free Comic Book Day excerpt, I borrowed this kids graphic novel from my local library. Owly wants to help and this world would be so much better if we followed his example. Great fun for all ages.

July 18: Pride Month. With Republicans continuing their assaults on the LGBTQ+ community, and especially on trans kids, it’s wonderful to watch that community and its allies unite to stand against the vile bigots who oppose common decency and respect.

June 19: Juneteenth is now a federal holiday. That’s a nice start, but we still have to deal with the systemic racism in this country and the racist Republicans who promote it. June 20: In the Heights. A wonderful musical about a community and the dreams that grow there. I watched it on Netflix, but I want to see it on the big screen, too.

June 21: I had a nice stay-at-home Father’s Day with Saintly Wife Barb, our kids Eddie and Kelly and our cat Simba. I had a terrific salmon and broccoli dinner from the local Longhorn and, of course, a fun time with my family.

June 22: Curse of the Undead. Shown on Svengoolie, this 1959 horror western seems to be a standard Universal-International movie. What elevates it above most such films is its truly intriguing vampire. I’d love to adapt it to comics.

June 23: Comics Revue #421-422. The 48-page Mandrake story from 1939. I can’t tell you how often creator/writer Lee Falk delayed the wedding of Mandrake and Narda (and the Phantom and Diana), but the master storyteller made it work every time. 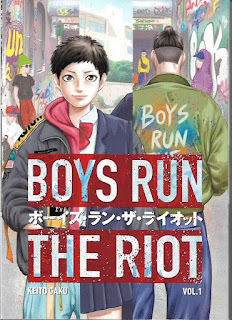 June 24: Boys Run the Riot by Keito Gaku is a heartwarming manga of three high school outsiders bonding over their own fashion brand. Human drama and humor. I love it a lot.

June 25: Saintly Wife Barb unearthed some incredibly rare comics jackets and shirts in one of our closets. Possibly worth hundreds of dollars. I’m going the eBay route on these and will let you know when the auctions launch. 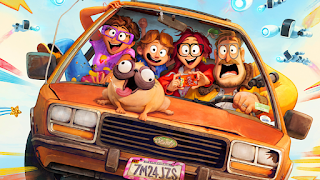 June 27: The Mitchells vs. the Machines. A delightful film wherein a dysfunctional but loveable family is mankind’s only hope when the robots take over. One of the best movies I’ve seen this year.

June 28: My first Vast Accumulation of Stuff garage sale (Friday & Saturday, July 2-3, 9am-noon) is coming together nicely. There’ll be lots of great items at incredible bargain prices with more added every day through the summer.

June 29: Vivian Ward joins my Funko Pop collection. When I ordered it, I assumed “Pretty Woman” referred to Saintly Wife Barb. But it was the movie. Which is also cool.

June 30: After enduring over a month of an office temperatures that hovered near 90 degrees, our new upstairs air conditioning system has been installed. This is a boon to my health, productivity and sanity.

With my office habitable once more, I’m moving ahead on all sorts of cool stuff. Keep watching this bloggy thing and my social media for regular updates.