RESOLUTIONS FOR THE COMICS INDUSTRY 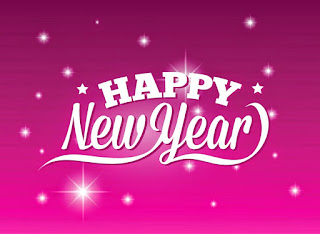 I have given up on making New Year’s resolutions. Too much pressure for a wizened ancient like myself. Which is why, on this first day of 2017, I’m suggesting resolutions for the comics industry. Yeah, I know, the nerve of me.

Give credit where credit is due. The comic books we love and even some we don’t love have been the basis for countless movies and TV shows and cartoons and direct-to-DVD animated features. Oh, sure, I guess you could count them, but that kind of advanced math makes me dizzy. Until some obsessed fan researcher does count them all - and you know one will - let’s just say there are lots of them.

Sometimes the comics writers and artists who created the characters and concepts used in these productions get credit for having done so. I’m most familiar with the end credits for Netflix’s Luke Cage on account of I made my son freeze on the “special thanks” card at the end of every episode. I had my reasons.

Sometimes the comics writers and artists don’t get credit. You’ll see nary a credit for Chris Claremont and other X-Men creators on those movies. Which infuriates me every time I watch one of them. I understand the comics publishers can’t always insist on creator credits being included, but that doesn’t make the lack of credits any more acceptable.

Sidebar. The accepted creator credit for characters now seems to be the writer(s) and artist who wrote and penciled a character’s first appearance in the comic books. I’m not going to quibble with that. If that’s the standard, then that’s the standard and I can learn to live with it in this instance. End of sidebar.

This is actually a two-part resolution. The first part is that the comics publishers have to make certain future agreements for movies and such include the unbreakable requirement that the movie makers give credit to creators.

If the movie is a Batman movie, there should be a credit for “Bob Kane with Bill Finger” in the opening credits and “special thanks” credits in the end credits. This should be the standard for comics movies, TV shows, cartoons and any direct-to-DVD animated features. It’s pretty close to being the least they can do.

The second part is on the comics fans and historians. We need some sort of online database listing every movie, TV show, cartoon and direct-to-DVD animated feature...with a list of all the characters from comic books who appear in those things and the names of their creators. The movie makers et al sometimes list the creator names, but don’t get more specific than that.

When B’Wana Beast appears in a DC production, the production would  list Bob Haney and Mike Sekowsky in the “special thanks” portion of the end credits. The online database would list them as creators of the character.

When Squirrel Girl appears in a Marvel production, the production would list Will Murray and Steve Ditko on the “special thanks” card and the online database would list them as her creators.

Make it so, comics publishers and comics historians.

Diversity shouldn’t mean than every character has to be a shining role model for their particular community. Heroes and villains come from all groups of people, all ideologies, all parts of the world. Treat your characters with honesty and respect. Don’t clean them up for the sake of making them role models.

Diversity doesn’t mean that every kind of person has to be seen in every comic book. If a character can’t fit smoothly into a story, then that character shouldn’t be in that story.

Don’t feed the trolls. Stop responding to those idiots. Okay, mock them if you have a free moment, but don’t waste your time and your creative energies doing online battle with these fools. Not when I and your other readers would prefer to see you devote yourself to your next story or novel or screenplay.

Stand up to sexual and other harassment, but leave the torches and pitchforks behind. Any kind of harassment is unacceptable behavior, but responses should be measured because, in my experience, that’s what works.

Report harassment to the convention and, if the person represents a company exhibiting or promoting at the convention, report it to them as well. However, keep in mind that larger companies will have human resources departments and procedures/policies set up by those departments. The bigger the company, the more complicated those can be. Sometimes, the first steps are less than we think they should be, but big companies don’t usually move fast. Just keep at them and don’t be quiet about the problem.

If you’re an employee of the company that employs the person doing the harassing, complain to its human resources department as fast you can. They have an obligation to protect you and make sure the behavior does not continue.

If the behavior is criminal, then do not pass “go” and do not ask a convention or a company to handle the matter. Report the crime to the police.

Whenever one of these situations arises, there are always those who will try to respond by saying the person doing the harassment would never do that...or that they were drinking too much...or that they had emotional problems...or some other lame-ass excuse that adds up to precisely one metric ton of bullshit.

People do bad things, even comic-book people. People who drink too much should not drink so much. Yeah, I know, alcoholism is a real disease, but, if I have that problem, I don’t drink at a convention or event. If I can’t refrain from drinking for the weekend, then I fucking stay home.

If I have emotional problems, I get counseling/treatment for them.  If they are such that I can’t resist bad behavior in public, then, again, I stay the fuck home.

Create safe spaces at conventions. This was a Mark Waid idea that I have shamelessly appropriated for myself.

The recent presidential election tragedy has empowered bigots and racists and misogynists. No matter how hard conventions might try to keep their events welcoming to all, there’s no such thing as a jerk detector. Some of these lowlifes will be at the conventions. They will try to make you feel uncomfortable. For what it’s worth, you are not alone.

If you feel uncomfortable at a convention that I’m at, consider my booth or table to be a safe space. Come to my booth and hang out as long as you need to. If the situation calls for it, I will ask the promoters to deal with whoever is making you feel uncomfortable. I have stood up to bullies my entire life and I’m not about to stop now. Word.

I ask other guests to do the same. If some enterprising artist can create a sign designating a booth or table as a “safe space,” I’ll be proud to display one at my booth of table.

Those are my New Year’s resolutions for the comics industry. If I have expressed myself clumsily, I would hope the sentiments still come through. We’re in this together.

Posted by Tony Isabella at 1:15 AM