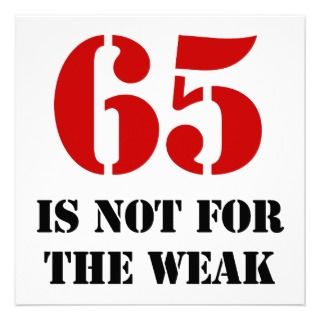 Trigger warning. This is another of those “me, me, me” bloggies in which I reflect on my life after my latest milestone birthday. By writing about it, I hope to gain new perspectives on the challenges ahead of me. I wish I could guarantee that you will get something out of it as well, some small bit of knowledge, some brief moment of epiphany, but you probably won’t. You should go out and have fun at a New Year’s Eve party or something.

Nine days ago, I reached the lofty age of sixty-five years of age and, immediately, gained the wisdom that naturally come with all of those years. I wish. The truth is, whether we are six or sixteen or sixty-five, we’re all still trying to figure out the world around us. That gets even harder when the world around us gets more insane with each passing moment. But enough about Donald Trump, at least for the moment.

I saw a video clip of myself from over twenty years ago. I was on a Mid-Ohio-Con stage with Stan Lee. That was back when Roger Price held his convention in a converted barn at the Mid-Ohio Fairgrounds in Mansfield, Ohio. I look like a very round balloon in a jacket. I shuddered at the image.

Physically, I’m still overweight but not as bad as in that ancient clip. Indeed, my health is pretty good considering my age and the various medical problems I’ve overcome over the years. On my most recent visit to the doctor, he said my cholesterol was spectacular.

I take my blood pressure daily and it’s almost always in the normal range. When I have a particularly frustrating day or if something I’ve eaten doesn’t agree with me, then it creeps into the lowest numbers of the “pre-hypertension” range. Looks like I’m not going to go all explode-y on you any time soon.

Sometimes I make “old man” sounds when I get up from the couch and sometimes parts of me ache. I used to be able to lift two long boxes of comics at once. Now I stick to one. My usual four hours of sleep has drifted into six or seven.

Emotionally, well, I’m not going to claim things haven’t been a little tough around Casa Isabella. My mother-in-law suffers from both Alzheimer’s Disease and dementia...and is being divorced by a much-younger-than-her husband who seems to have forgotten that part of his marriage vows about “for better or for worse.” More about that at some future time.

So Sainted Wife Barb’s mother is in a care facility and, being the only child - Barb's dad died shortly after we were married - she’s handling her mother’s affairs with the welcome help of some of her friends and a precious few family members. I do what I can to ease Barb’s burden, but it never seems like enough to me.

Barb needs to sell her mom’s house so Medicaid can assume the cost of her mom’s care and treatment. It’s a difficult time for her as she has so many memories of what the house used to be when her dad was alive. It wouldn’t be prudent for me to discuss too much of the house situation at the present time, but I’ve been making too many trips there and it wears on me greatly. Not as much as it wears on Barb, but it still leaves me exhausted.

Barb and our kids are as wonderful as ever. We are all concerned as to what our country might become, and what will happen to friends who don’t fall into the right-wing vision of our country, but we’ll do what we can to stand by those so unfairly targeted by the bigots and fools of Donald Trump’s America.

I don’t work as hard as I would like to. Those halcyon days when I could write a comic-book script overnight are behind me. I have a lot of paying work on my desk and a lot of personal projects I want to pursue, but sometimes despair if I will ever be able to accomplish all that I want to accomplish.

I have anger issues. The callousness, the hate and the stupidity of the Trump supporters often enrage me. For them, truth is what they want it to be and not what it is. They are hurting the country that I love and, no matter how quickly we defeat them, those scars will be on our nation’s soul for many generations to come.

Despite my anger issues, which I swear I’m working on, I’ve tried to forgive those who have wronged me. Even when they’ve failed to admit they wronged me and made even the slightest move to apologize or make amends for the wrongs. I know how hard that can be because I’ve had to do it myself on several occasions.

I don’t and will never apologize for what happened to some folks as a result of their wrongdoing. The thieves who didn’t get away with it. The attorney who lost his license. The comics people who broke their word to me. The comics people who slandered me and, in some cases, continue to lie about me. What happened to them is on them. Accepting that instead of blaming me for the inevitable outcome of their actions won’t be easy. They should still try.

I have annoyance issues, but they are probably the same ones that you have. Because I have a wife and two kids out there working in the world, because Barb and I both have elderly mothers, because we have friends all over the world, because I get business calls from all over the world...when the phone rings, even when an unfamiliar number is shows up on our caller ID, I usually answer it. You can imagine how thrilled I am when the caller is a robot or, worse, an actual human being trying to scam me, sell me something, convince me to donate to their abhorrent causes, vote for candidates who are just as abhorrent, or some such. If Rachel from Cardholder Services ever showed up at my front door, I fear I would strangle her on the spot. Which might be worth going to prison for.

Something that doesn’t annoy me are the anonymous trolls who keep trying to get my goat. Most of them amuse me. I can’t fathom what they think their insults are accomplishing. For every one of them, there are thousands of friends and readers who really like me and my writing. Why should the comments of cowards weigh more heavily on me than all those positive comments? Of course, math has never been been a strong point with these jerks.

With all the terrible people and things in the world, I sometimes feel something akin to survivor’s guilt over how well my own life is going. I am on excellent terms with the two biggest publishers of comic books and related entertainment in the country. I’m doing work that is challenging and fun and important, working with folks I really admire and like and respect.

I have a great wife. I have great kids. I’m so proud of them that my heart near bursts when I think about them...which I do all the time because they’re so great.

I live in a nice house on a nice street in a nice, albeit way too Republican city. I have wonderful neighbors and have watched their children go up to be capable and wonderful adults.

I have great friends and great readers...and the two groups overlap to a great extent. This bloggy thing and my Facebook pages bring me great joy. If I’m using the word “great” too much, it’s because I found an unopened box of the word in my closet and want to use it up before the end of the year.

Life is good for me. I pray to what I like to think of as the good in the universe that it should be as good for all people who don’t harm other people as they go about their daily lives. I am content in my life. I am thrilled with my life. I have hope for the future even in the midst of madness.

We all have our little self-improvement projects. The one I seem to have made some progress on is learning not to beat myself up when  things don’t go as planned. Life doesn’t always go the way you want it to go. I have learned to accept that.

So, okay, I’ve failed some of my own expectations for myself. The alternative would be to set the bar so low I can never fail. What would be the fun in that?

I have love in my life. I have challenges in my life. I’ll embrace both of them. If I have guiding principles, they have come from the entertainments I cherish.

Those will be my battle cries for the next sixty-five years of my life. Because, even if I don’t make it to age 130, I plan to stick around to haunt the shit out of bad people.

I’ll be back tomorrow with my New Year’s resolutions for the comics industry. See you then.

Posted by Tony Isabella at 7:12 AM