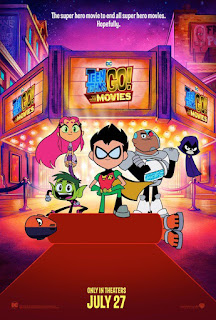 July was a month for regrouping and surviving. I spent considerable time figuring out which of my many projects I wanted to move to the top of my “to do” list. I also tried not to let the continued evil of the Dumpster Administration get to me. Unfortunately, I also had to get through a lingering cold or flu or psychosomatic “Con Crud” that slowed me down for much of the month.

But, hey, I made it to August. With a little bit of luck, I’ll be able to announce a new project or two before the end of this month. In the meantime, let’s look at the things that made me happy last month with a little bit of commentary along the way. 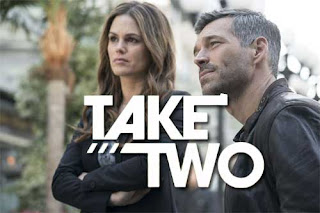 July 1: ABC’S Take Two. Rachel Bilson is a former TV star just out of rehab. Eddie Cibrian is an ex-cop working in the private sector. They’re detectives. This crime comedy-drama is just plain fun to watch and that’s all I need from it.

[Six episodes in and Take Two is still great fun. I recommend you give it a chance.]

July 2: I get to stay home this entire month. No conventions and, at present, just some business meetings. I’ll miss attending G-Fest  and Comic-Con International, but relish the chance to get moving on multiple projects.

[Staying home would have been a lot more wonderful if I didn’t come down with a serious case of “I’m not at Comic-Con” depression and the phantom “Con Crud” mentioned above.]

July 4: Our annual July 3 cookout/fireworks watching party. We can see Medina’s fireworks from our house. Especially cool was seeing friends Scott, Whitney and Eli for the first time in years.

July 6: Finding some new angles to a story that will make writing it all the more fun for me.

July 7: This is gonna sound boastful, but I’m happy I’m the kind of writer who gives every job his all no matter if the paycheck will be large or small. But I do prefer large paychecks. 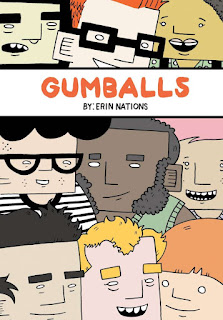 July 8: Gumballs by Erin Nations. Reading this brilliantly personal work, it hit me that transmen are way under-represented in comics. Which makes Nations work all the more vital.

July 9: The Complete Cosmo the Merry Martian. Not as complete as I would have liked since it doesn’t reprint the single-page gags from the short-lived series, but still long overdue and much appreciated by this fan of the Sy Reit/Bob White title.

[Scooby-Doo Team-Up might be my current favorite DC Comics title. And I’m really looking forward to a future issue I’m not at liberty to tell you about yet.]

July 11: Lunch with my friend, Medina neighbor and occasional boss Tom Batiuk. Because we’ve both been so busy, it’s been a year since our last “monthly” lunch. It was good to catch each other up on our lives and just talk comic books and strips.

July 12: Talking with my longtime pal Ken Gale on his comics radio show. I don’t know who in New York City was listening to us at one in the morning, but I enjoyed it a lot.

July 13: Spider-Man on Disney XD. Spidey is a character who works  in multiple incarnations. He attends a high-tech high school in this version, which just started its second season and has gotten off to a great start. Money problems. JJJ declaring him a menace. A sweet team-up with Ms. Marvel. I’m enjoying this.

July 14: Talking Black Lightning: Cold Dead Hands with a couple of  garage sale friends who really got and appreciated what I did in that award-deserving series. 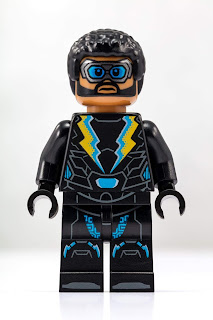 July 15: Black Lightning has his own Lego figure. It’s a San Diego  exclusive, but still a very cool thing. I feel like my creation and I have finally arrived.

July 16: Sunday was a family day with Barb, Eddie and Kelly. We did brunch at Panini, looked at a few cars, unboxed my Black Lightning statue, watched some Indians baseball and went out for ice cream. I cherish such days.

July 17: “Day of the Only Child!” Maybe my favorite new Duck Tales episode to day as the nephews split up. Each individual adventure smoothly meshes with the others. I’m impressed.
[I may have a new favorite Duck Tales episode, the musical madness that was “Sky Pirates...In the Sky!”]

July 19: Black Lightning is still a big deal at Comic-Con. I’m so thrilled for my creation and for the fine people creating the hit TV series.

July 20: When I’m lost and alone and sinking like a stone, I always manage to find my way back. But I’m never really alone. I have you. 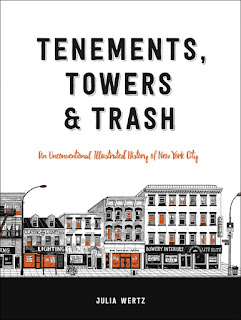 July 24: “In memory of Steve Ditko.” This appeared in the credits of Monday’s episode of Spider-Man. I don’t know if Ditko would’ve approved, but this fan was glad to see him receive the recognition.

July 25: Kudos to Supergirl writers Paula Yoo and Eric Carrasco for the powerful writing and to actor Mehcad Brooks for his magnificent performance in “The Fanatical” episode of the series. Keep speaking truth to power. 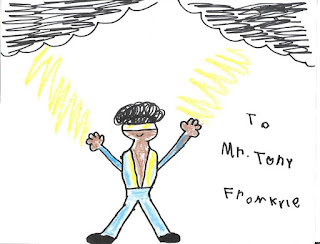 July 26: Kyle Jones, son of my friend Jonathan Jones, sent me this cool drawing he did of Black Lightning.

July 27: A friend called to say he has a two-book deal and thank me for my encouragement and help. This is one of the reasons I fight for recognition and respect for my work...because that allows me to help others. 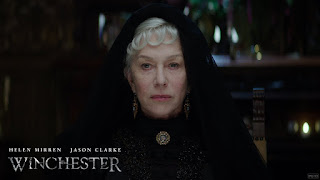 July 29: Winchester. This take on “The House Ghosts Built” pushes my belief to the “not” side, but it’s an entertaining movie with solid performances by Helen Mirren, Jason Clarke and Sarah Snook.

July 30: I’ve created an entirely new super-hero universe and look forward to writing the first title set therein. No publisher yet, but why sweat the small stuff?

[I have received many e-mails and private messages on this, albeit not from publishers. Even so, I feel I should let you know that I’m  not looking for artists or additional writers at this time. I did this to give myself a setting for virtually any kind of super-hero or other comic series I wanted to create. I’ve started working on the first script for the first title. When that’s finished, I’ll move on to the first script for a second title. And so on until I am ready to pitch the universe to either publishers who understand I’ll not be giving up ownership of same or to financial folks who could get me the funding to publish it myself.]

July 31: Teen Titans Go! To The Movies. So much goofy fun. As was the Batgirl/Super Hero Girls cartoon shown before it. Is it just me or does Commissioner Gordon look like Mike Carlin in that cartoon?

That’s all for now. I’ll be back tomorrow with more stuff with my way-too-long-delayed report on the Los Angeles premiere of Ant-Man and the Wasp. See you then.

Posted by Tony Isabella at 5:56 AM