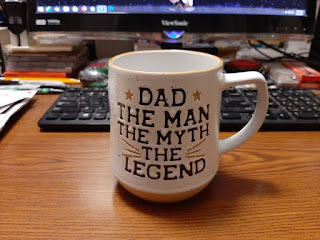 July flew by so quickly I never had time to reflect upon it. When I look through my journal, my days were mostly filled with tedious tasks that took me way too much time to complete and mind-numbing  terror at the world around me. A pandemic that isn’t near to being over. Criminal and criminally insane Republicans doing awful things  and trying to rewrite history we all saw with our own eyes. Climate catastrophes every week. Mass shootings. Police shootings. Topped off by a general lethargy I couldn’t shake.

I put on some successful garage sales. We had a pretty nice cookout on July 3, which is when Medina puts on a great fireworks show we can watch from our yard. We found a new favorite Mexican restaurant in Los Cantaritos Mexican Grille.

I did a Super Hero Day signing at Medina’s Sweets & Geeks, one of the coolest places in Medina. I binge-watched terrific TV series like Leverage Redemption, Resident Alien, DuckTales and a strange dating show called Sexy Beasts. I saw a lot of movies via various streaming services. Some were wonderful while others were, as they say, of questionable value.

One July day followed another and, all of a sudden, it was August. Looking back on the previous month, here are the things that made me happy in July...

July 1: My new favorite coffee cup, given to me on Father’s Day by Barb, Eddie and Kelly. I don’t drink coffee, but this cup can hold many tasty beverages. Some of them alcoholic in nature. Suggestions for drinking games are welcome.

July 2: The first day of my first Vast Accumulation of Stuff garage sale was amazing! I saw old friends, made some new ones and reached 107% of my two-day goal selling lots of wonderful things from the VAOS. Looking forward to tomorrow.

July 3: Saturday was another good day. My garage sale sales reached 146% of my goal for the weekend. That was followed by our annual July 3 Isabella cookout. Terrific food and good company, as well as fireworks we could see from our lawn.

July 4: The most dangerous dessert in the world is the Black Bottom Peanut Butter Pie at the Blue Heron Brewery in Medina, Ohio. It is my delicious, delicious kryptonite. 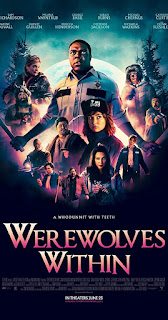 July 6: The Tammy and Jinty Special 2020. I’m thoroughly enjoying Rebellion’s Treasury of British Comics with each book’s combination of classic reprints and new material. In this special, the Cat Girl revival is especially choice.

July 7: O. Henry is one of my favorite authors and inspirations, so I very much enjoyed Louis Menand’s article on him in The New Yorker for July 5, 2021.

July 8: My dinosaur double feature. When back pain necessitated my taking the evening off, I watched two new movies: Claw and Hatched. They weren’t great, but each had its moments. Ah, the healing power of cheesy monster movies. 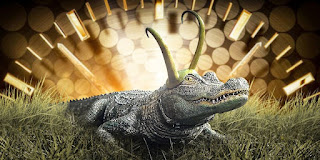 July 10: The global interest in the super-hero genre. Last night, I watched and enjoyed How I Became a Super-Hero (France and Belgium) and Major Gorm: Plague Doctor (Russia). There’s many other such movies available on streaming services.

July 11: My son Ed bought a cool new truck. Now all he needs is a dog and a woman who done him wrong and we got ourselves a country music song!

July 12: The Misty Winter Special 2020. I usually take cover copy like “Two Chilling Tales to Make You Shiver!” with a grain of salt. This time, it’s accurate. Kudos to V.V. Glass, Anna Savory, Lizzie Boyle and David Roach for delivering the goods. 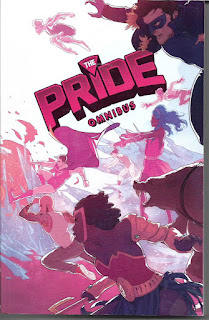 July 13: I’m thoroughly enjoying The Pride Omnibus by Joe Glass and  Gavin Mitchell. Come for the important representation, stay for the absolutely solid super-hero adventure and drama. This should be a contender in next year’s comics awards.

July 14: I’m loving Leverage: Redemption, watching an episode per day. It feels like what it’s meant to be: a faithful continuation of the original season with most of the former cast members and a few welcome new ones.

July 15: Loki has been renewed for a second season, which suits me just fine. Six episodes weren’t near enough, especially given what happened in the season finale.

July 16: Ritchie Montgomery, earnest casino security guy Dennis in “The Rollin' on the River Job” episode of Leverage: Redemption. He should be a recurring character on the series. I know how to make that work. We’re going to steal...a scene.

July 17: Kudos to Leverage: Redemption for terrific guest stars. Such as Max Sheldon as a pharmaceutical bad boy, Joey Slotnick as a former co-work of the late Nathan Ford and Lawrence Kao as a bat-shit crazy insane software developer. 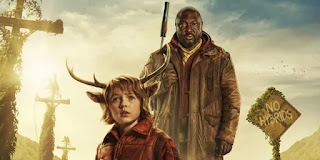 July 18: Sweet Tooth. I’m enjoying the work of actors of Christian Convery as a half-human half-deer boy and Nonso Anozie as a dark traveler with a dark past. I never read the Jeff Lemire comic-book series, but plan to do so soon.

July 19: Love Me for Who I Am by Kata Konayama. I’ve just started reading this excellent manga about a non-binary high school working at a maid café. The series does a sensitive job advocating for not assuming gender based on presentation. 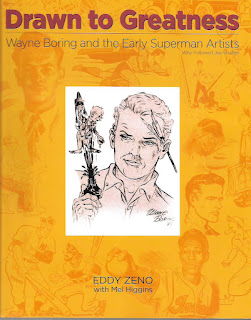 July 20: Drawn to Greatness: Wayne Boring and the Early Superman Artists Who Followed Joe Shuster by Eddy Zeno with Mel Higgins is a fine addition to comics history and, sadly, without a publisher.
I’ll have more to say about it soon.

July 21: White Castle Slider is the latest addition to my growing collection of Funko Pop! figures. I like to be surrounded by things I love. It’s who I am.

July 22: The Secrets of Chocolate: A Gourmand’s Trip Through a Top Chef’s Atelier by Franckie Alarcon. I never knew how much I didn’t know about chocolate until I read this NBM Graphic Novel. The only downside: I want to eat all the chocolate.

July 23: The British comics digest Commando is celebrating its 60th anniversary with nine special issues. These include a reprinting of its first edition, an exclusive collection of cover art prints for subscribers, and more! 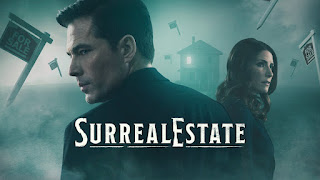 July 24: SurrealEstate. This SyFy channel series about real estate agents who specializing in selling haunted and otherwise unnerving properties has gotten off to a great start. 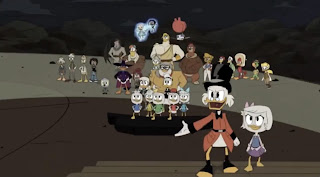 July 26: DuckTales: The Last Adventure! It has a goofy premise and so many characters, but it was the big and fun finale I had hoped for. Kudos to everyone who worked on this fantastic series. It was three seasons well spent!

July 29: I mailed a copy of Black Lightning: Cold Dead Hands to a friend in Moscow. She received it today. Will she love it or have I started a new cold war? I’m just jazzed I sent a book to Russia. Am I now on a watch list?

July 30: Reported a Facebook ad using a racist symbol (Chief Wahoo) and Facebook removing that ad. Heads up, bigots. It’s 2021 and that shit’s time is long past.

July 31: The weekend’s garage sales were fairly successful. I made 92% of my sales goal. As a bonus, it was wonderful seeing customers thrilled with their purchases.

August has seen me dealing with the same lethargy as July, but I’m fighting my way through it. I have two appearances coming up this month, starting with Free Comic Book Day at The Toys Time Forgot,
137 Cherry St E, Canal Fulton, Ohio.

I’ll be at Fanboy Expo Orlando on August 20-21. You’ll find me at The Bard’s Tower, a conclave of authors gathered together by long-time friend Alexi Vandenberg. The convention is being held at the Wyndham Orlando Resort International Drive, 8001 International Dr, Orlando, Florida.

I’ll be writing more about Free Comic Book Day tomorrow and Friday, followed by a preview of Fanboy Expo Orlando. I have other bloggy things in the works as well.

Thanks for visiting today. I’ll be back soon.