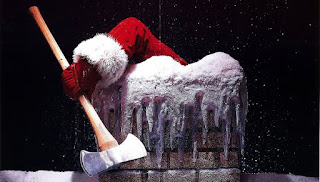 “Normally” went off the table with the election of Donald Trump to be our next president, a madness made possible through the archaic Electoral College system that should have been deep-sixed decades ago. The country I love has gone off the rails.

Good will towards men? How is that possible when so many American voters, albeit not the majority of American voters, no matter how much Lying Donald might claim otherwise, cast their ballots for the candidate of the Ku Klux Klan and brutal Russian dictator Vladimir Putin? How is that possible when Trump and his followers demonized and threatened so many: women, people of color, Muslims, members of the LGBTIQ community, immigrants, progressives, journalists and any who would question and oppose them?

The only consolation I can offer to those who’ve been demonized and threatened by Trump and his neo-Nazi followers is that many of us, the majority of us, will stand with you. We’ll be there for you for the simple reason that we’re stronger together. We have to be stronger. The alternative is too scary to accept.

Earlier this week, just three houses down from my home in Medina, Ohio, I saw a hundred American flags along the sidewalk, driveway and front yard. They had been supplied by a local Boy Scout troop and were there to welcome the holiday visit of the family’s son and daughter-in-law. Both the son and his wife are on active duty with the Air Force. The couple’s three-year-old son was also with them. It was a grand sight and, for a few moments, it lifted my spirits. Sadly, those few moments passed...

...as I realized this was likely to be the last time in a good long while that I could take pride in the symbol of my country. Because the American flag is being disgraced on a daily basis by President-Elect Trump, his fascist friends, those honor-less Republicans and all those who blindly follow him.

Merry Christmas? Not this year.

Posted by Tony Isabella at 8:45 AM