THINGS THAT MAKE ME HAPPY (February 2017) 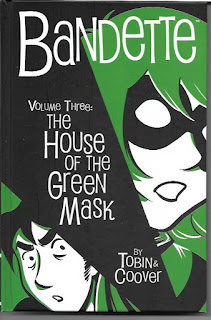 If you told me I could sleep for two days, I would doubtless clasp you to my bosom in an inappropriate manner. That’s how exhausting, albeit often wonderful, the month of March was for me. We’ll talk about March later this week.

Today, because the bloggy thing has been on hiatus this month, I am just now getting around to posting this list of things that made me happy in February. Life can be challenging and sometimes cruel. That’s the way of things. But, a while back, I decided I would take a few moments out each and every day to mention briefly something that cheered me up, that made me feel good, that lifted my spirits. Because, if we don’t take the time to count our blessings, however large or small they might be, we risk surrender to those who would crush all joy in the name of their own ego, greed or hatred. And I don’t surrender. Ever.

February 2: Bruce kicking Jerome’s ass on Gotham, but not killing him.

February 5: Barb is home from her cruise. We celebrated with pizza and the two most recent episodes of Bones.

February 6: Kite-Man lives! My favorite goofy Batman villain was in the recent Batman #6.

February 7: Bandette by Paul Tobin and Colleen Coover. Always there to lift my spirits in the hard times.

February 9: Boston Mayor Marty Walsh for his stance on immigration. This is what America should be.

February 10: The official Iron Fist trailer. It looks like Marvel and Netflix have done it again.

February 11: Bob Buethe for posting that “Bruce Wayne’s obnoxious  cousin Van (in NBC’s Powerless) actually came from the comics. His first and only comic-book appearance (1962) was in Batman #148's “The Boy Who Was Robin.” I love obscure comics trivia.

February 12: All the friends who have told me Black Lightning is in the new Lego Batman movie. Giving me an excuse to see a movie that I wanted to see anyway. As it turns out, all my friends were wrong. It was Black Vulcan. But I was still happy so many friends thought of me.

February 13: Getting up every morning and facing the challenges of the day. I win some, I lose some, but I never surrender.

February 14: Teen Vogue. A great place to get political and fashion news. The magazine and the website rock!

February 15: “No one’s just one thing.” Wisdom from Laverne Cox on The Daily Show.

February 17: I’m now a card-carrying member of the ACLU (American Civil Liberties Union). I’m proud to stand with that organization.

February 19: Sharing Pensacon 2017 with Sainted Wife Barb. I love showing my family the best parts of my comics life.

February 20: Chuck Rozanski, lord of the Mile High Comics empire, for his unwavering support of the LGBTQ community, the homeless and so many others.

February 21: Pensacon staff, volunteers, fans and guests for being some of the best people I know.

February 22: Maria and the rest of the Pensacon transportation team for taking such good care of Barb and I.

February 23: Being next to comics legend Jose Delbo and his lovely family in Pensacon’s artist alley.

February 24: Seeing Neal Adams at Pensacon and thanking him for all he has done for me and other comics creators.

February 25: Pensacon volunteer Jonathan Jones for being incredibly helpful. He even brought space heaters from his own home for Jose Delbo and myself.

February 26: Seeing old pals like John Dell, Julio Diaz, Mike Grell and so many others at Pensacon.

February 28: Appearing on a “Diversity in Comics” panel with Rodney Ramos, Nen and Jeremy Whitley at Pensacon. I like panels that make me think.

Give me a few days to get my bloggy thing thoughts together and I will tell you about Pensacon at length. In the meantime, come back together for another installment of “Rawhide Kid Wednesday,” which features one of the last new Larry Lieber stories.