SILLY THOUGHTS ON A THURSDAY 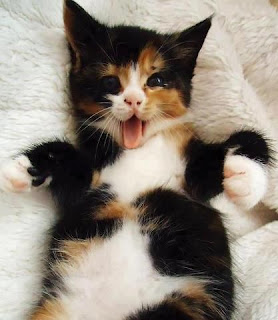 These are the sort of notions that cascade around my brain when I don’t get enough sleep. They appear today because I am desperate to post something before I leave for my annual weekend of inhaling ancient magazine dust and fragments at PulpFest in Columbus, Ohio. Who needs narcotics when you have The Spider, Weird Tales, Zeppelin Stories and Hollywood Homicide Tales?

* There is a fortune to be made selling shirts, coffee mugs, water bottles, coasters, bumper stickers, wall hangings, headbands, booty shorts and lawn signs saying THIS IS A NO POLITICS ZONE. I give you this brilliant idea free of charge, but be a mensch and send me two  t-shirts (XXL) and the biggest lawn sign you make.

* Cosplay suggestion. Three women in sparkling evening gowns with Ghidrah heads sing songs from Japanese movies in the style of the Supremes and other Motown groups.

* To qualify for holding public office, elected officials should be required to spend a year working in a job that pays much less than $15 a hour. Also acceptable would be spending a year as a soldier in a combat zone.

* There’s something wrong about a world in which we have no ongoing CSI series. Especially since I have been working on a pitch for a new one. I’ve already picked out the Who song for the theme music: Fiddle About. Now I just need to decide on the city where the new series will take place. Possible choices include Cleveland, Ohio; Intercourse, Pennsylvania; Toad Suck, Arkansas; and Valley of Enchantment, California.

* I’m not having much luck playing Pokemon Go! But I have managed to catch Waldo, Carmen Sandiego and Jimmy Hoffa. Although, in all honesty, Hoffa wasn’t hard to catch.

* No offense to clowns intended, but, every time a politician or a pundit is caught in a lie, they should be forced to don an article of clown attire. If they get down to the big red shoes, then they should be removed from office and/or television.

* How much longer must we wait for a Star Trek/Star Wars crossover movie? Oh, be quiet. You know you would go see it.

*To assuage the tender feelings of those sensitive souls who hate the new Ghostbusters movie, Paul Feig will be rebooting Bridesmaids with male actors in the title roles.

* Open carry advocates should own as many guns as they want as long as they carry all of them on their persons at all times. Yes, I’m talking 24/7. While they sleep. While they brush their teeth. While they poop. While they shower. While they eat. While they watch Fox News. While they mow their lawns. All their guns. All of the time. Eventually, this will solve the problem.

*Bill Clinton’s “First Lady” speech should be a word-for-word copy of Michael Douglas’ climatic speech from The American President: “You want a character debate, Don? You better stick with me, 'cause Hilary Rodham Clinton is way out of your league.”

The bloggy thing is taking a few days off while I attend PulpFest in Columbus, Ohio. I’ll be back on Monday with the word on my next convention appearance - Monsterfest Mania in Akron, Ohio - and my revised schedule for the rest of 2016. See you then.