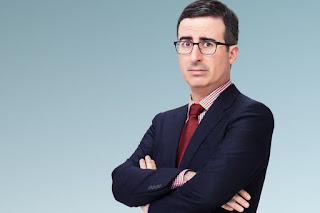 I do watch a lot of movies and TV. To convince myself I’m not just goofing off, I figure I should write about those movies and shows from time to time. Are you busy right now?

The one TV show I’m not going to write about is Black Lightning. I love the show, which is a fine take on the character I created some four decades ago, more than almost anything else I watch. But I’ve learned anything I say about the show is taken for far more than it is. I mean, I once made a joke about joining the cast at Jefferson Pierce’s wacky next-door neighbor and some folks actually believed that was legit. One actress asked if they had cast my character’s wife and sent me her resume. I guess this is also a good place to mention for the hundredth time that I have no say-so in the hiring of actors or writers.

Among the shows I never miss are Last Week Tonight with John Oliver on HBO Max. Oliver is terrific about covering even the most serious news items with humor and passion. His only failure is not adding me to the show as his wacky next-door neighbor. Somebody needs to tell him I’m available. 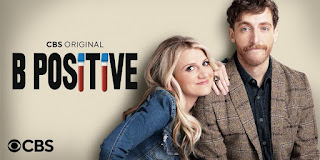 Other TV shows that are always at least mildly entertaining include The Simpsons, Young Sheldon and B Positive. The last has one of my favorite pairings in the case of Thomas Middleditch as the kidney-failing Drew and Annaleigh Ashford as ditzy but good-hearted Gina. I’m also loving Linda Lavin as a resident of the nursing room where Gina works and Drew’s dialysis group: Darryl Stephens, Terrence Terrell, David Anthony Higgins and Briga Heelan.

I love Wheel of Fortune and Jeopardy. I watch them every day except when they are preempted by college basketball tournaments or when Jeopardy makes the asinine and offensive decision to bring in noted snake-oil salesman Dr. Mehmet Oz as a guest host. I’ll have more on that in just a bit.

Wheel of Fortune hosts Pat Sajak and Vanna White are always fun to watch and the game’s contestants even more so. Yes, Sajak’s jokes sometimes fall flat and, very rarely, border on offensive. But he seems to love the show and its players. White has been one of the most beautiful, elegant and kind women on television for what seems like an impossibly long time. I adore her. 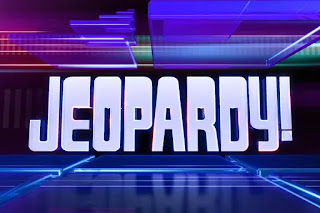 No one can ever fully replace the late Alex Trebek as the host of Jeopardy, the smartest show on TV. In a era where various pundits and politicians make up their own facts, Jeopardy has always stood for the truth. There are answers to questions and they don’t change with the whims of political movements. That’s why I was offended at Dr. Oz being a guest host. The man is a charlatan, a serial liar. Whether he was a friend of Trebek’s or not, Oz is the antithesis of Jeopardy. Truth may not matter to Oz, but it does to me.

Of the other guest hosts so far, I like Ken Jennings (Jeopardy GOAT and Consulting Producer) and Mike Richards (Executive Producer) the best. They share a real love of the game and considerable knowledge about it. Jennings would make a fine permanent host.

Journalist Katie Couric lacked the Jennings and Richards chops, but was a pleasant guest host. Oz was, from what I’ve heard, quite the train wreck and I can only hope his poor performance and hopefully crappy ratings have detailed him from further Jeopardy appearances.

Next up is Aaron Rodgers, the Green Bay Packers quarterback, and a Celebrity Jeopardy champion. I haven’t seen any of his episodes at this writing, but I’m looking forward to them.

Debris is a science fiction series about agents from the US and the UK tasked to recover and investigate pieces fallen to Earth from a destroyed alien spacecraft. These pieces do all manner of weird-ass shit. I’ve watched the first four episodes and have the subsequent episodes on my DVR. Right now, I’m on the fence with this series. Though it hasn’t achieved must-watch status, I do get a kick out of the afore-mentioned weird-ass shit. 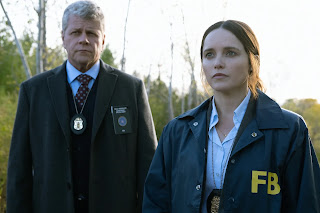 Clarice is, quoting epguides.com, “the untold personal story of the FBI agent who captured Hannibal Lecter, as she returns to the field in 1993 to pursue serial murderers and sexual predators while navigating the high-stakes political world of Washington, D.C. A sequel to the 1991 film The Silence of the Lambs, based on the book by Thomas Harris.” I gave the series premiere high marks based on a stellar performance by Rebecca Breeds as the title hero, but it has been all downhill since then and I no longer watch or record this series. Here’s why...

Clarice carried the “idiot ball” in almost all of the four episodes I saw. That’s a phrase, which I recently learned, meaning a smart character does something stupid to advance the plot. Despite being warned more than once to keep her fellow agents appraised of what she is doing, she keeps not doing that. Even after a heart-to-heart talk with her boss, who genuinely cares for her well-being. In the very next scene, she was dribbling the idiot ball all the way down the court to the cliffhanger putting her at the mercy of a clearly dangerous suspect. That was enough for me.

Other factors included her boss also doing something really stupid to protect another agent. This almost got their unit shut down and put the boss in serious legal consequences. Then something happened to make it all go away. Huh?

Also, while it seems to have nothing to do with the series so far, I found out that, in a sequel to The Silence of the Lambs, Harris had Clarice become Hannibal’s lover. What the flying fuck?!

That’s all for today. Since I want to continue to fool myself into thinking watching movies and TV isn’t just me goofing off, I will have more such bloggy things in the near future.

Stay safe. Stay sane. Be good to others. With the hope that I will be able to see friends and fans face-to-face before the end of the year, I’ll be back soon with more stuff.