SUPERGIRL AND OTHER SEASON FINALES 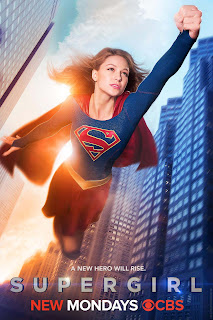 I haven’t had much time to watch television as I’d like, especially at a time when prime time has become the live-action equivalent of picking up your weekly fix at the comic-book shop. I am trying to get current with “our” shows, but the numbers are daunting. Here’s a list of how many episodes I’m behind:

On the bright side, I have managed to watch the entire seasons of three comics-spawned shows: Supergirl, Lucifer and Marvel’s Agent Carter. With the warning that there are SPOILERS AHEAD, here’s what I thought of them...

Hands down, this is my favorite of the comic-book shows. Melissa Benoist is outstanding as Kara Danvers in a series that brilliantly updates the “Silver Age of Comics” and makes it relevant for 2016. The other women - Chyler Leigh, Jenna Dewan Tatum, Laura Benanti and Calista Flockhart playing a Cat Grant that I alternately fear, hate and love (but mostly love) - make Supergirl the best show for female characters.

The guys are no slouches, either. David Harewood’s J’Onn J’Onzz is amazing. Jeremy Jordan as unlucky in love but staunch friend Winn Schott makes me want to introduce him to every young single woman I know. Mehcad Brooks may not be the Jimmy Olsen of the past, but the new interpretation works for me. Of course, the comics fans who are hopelessly mired in the past won’t be satisfied until Brooks starts wearing bow ties and cheap green jackets or until he turns into a giant turtle man. I am sad for them.

Peter Facinelli plays Maxwell Lord with lots of corners. Sometimes we almost forget what a bad man he is. As for the terrific Glenn Morshower’s General Sam Lane, the actor never lets me forget what a military asshole he is. One of the hints of what’s to come next season was a finale scene of him plotting with Lord. No good will come of that.

Regular readers know how much I dislike stupid cliffhangers at the end of almost every show’s season. Supergirl handled it very well. Major plot elements were resolved in fine fashion, but there were some surprises thrown into the mix as well. Will Jeremiah Danvers be rescued from the secret government agency that has been holding him and what has that agency been doing to him? Who or what is in that Kryptonian rocket that landed on Earth in the season finale? Please let it be Krypto.

Okay, yes, it was kind of cheesy that we never really saw Superman  this season. I didn’t buy for a minute that he was susceptible to mind-control because he was raised on Earth. But, this show is not Superman. It’s Supergirl. Which is good enough for me.

JUST IN: Supergirl is moving to the CW for its second season. 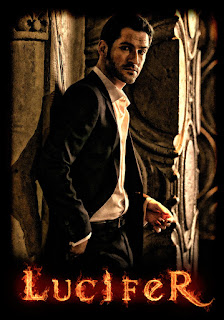 This is the short version, taken from epguides.com:

Tired of managing Hell, the Devil retires to Los Angeles, where he operates an upscale nightclub and helps a cop identify and punish the worst evildoers by making use of his ability to force people to tell him about their forbidden desires. Based on the DC Comics character by Neil Gaiman and Mike Carey.

I never read the DC Comics series - Should I? - but the promos for this show looked interesting. Let’s face it. I’m a sucker for any comic book or movie or TV show that combines cops and super-heroes  or monsters.

Tom Ellis is a charming douche bag as Lucifer Morningstar. He makes a convincing case that he is not evil and that his inclination is to punish evil. He was forced into the “Lord of Hell” role and has gotten what he considers a bad reputation as a result. He has had enough of being God’s whipping boy.

This season’s episode had a nice mix of earthly villains and more than human opponents. Lots of great performances, but I’ll mention D.B. Woodside as the angel (and Lucifer’s brother) Amenadiel, Lesley-Ann Brandt as the demon Maze, Rachael Harris as Lucifer’s psychiatrist and sometimes lover and guest-star Kevin Rankin as a bad cop brought back from Hell to kill Lucifer.

Lucifer gets high marks for its season finale. Most major stories are resolved in a satisfying manner. There’s a big revelation that will force Lucifer and Amenadiel to work together. There’s a very understated mystery as to the fate of Maze. It was satisfying and it has me excited for the second season.

The only problem I have is the series is the writers don’t seem to know what to do with Lauren German’s character (Detective Chloe Decker). The most interesting thing about her is that she appeared in a low-rent movie before she became a cop and the show has barely done anything with that. Am I the only one who sees a mystery set at an autograph show or movie convention as something that should be done sooner rather than later?

Lucifer is vulnerable when he’s around Chloe and that hasn’t really been explained. And though there’s a lot of “will they” situations, the heat isn’t there. German is a terrific actor, but she must get better material for her character to work. Almost every storyline she’s had to date has been about her relationship with her ex-hubby or with Lucifer. Give her something else to do. 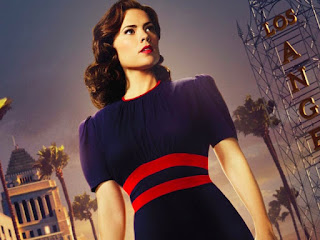 The second season of this series just wasn’t as good or as tight as the first season. Peggy Carter (Hayley Atwell) working in the dark corners of New York in the 1950s while dealing with the typically clueless men with whom she worked sizzled. But sending her to Los Angeles put too bright a face on the spy stuff. We didn’t see Peggy beating the guys at their own game so much as just avoiding them.

The tie-in to the present-day Agents of S.H.I.E.L.D. show dominated the season. Wynn Everett’s Whitney Frost came off like an evil queen in a fairy tale. The humor in this second season was often forced. The interracial romance between Peggy and scientist Jason Wilkes (Reggie Austin) never struck me as a true reflection of the times, despite the chops of both performers. And then there was the musical number that was too self-indulgent to work. Add a romantic moment in the finale that seemed like it was there just to be there and a cliffhanger involving an unlikable character and the result was...meh.

There were a few high points. James D'Arcy and Dominic Cooper were back as adventure-starved butler Edwin Jarvis and the mercilessly cocky Howard Stark. Lotte Verbeek was sensational as Ana Jarvis, as was Leslie Boone as fellow agent Rose. I would totally sign on to write a comic-book series starring Rose.

TV soothsayers are claiming there won’t be a third season of Agent Carter. If there is, despite my disappointment in this season, I’d watch it.

Advice to the show runners: settle the cliffhanger before the second commercial break of the first new episode. Get the team out of Los Angeles and someplace more suited to their spy world. Must be some Cold War action going on somewhere. And bring back the great 1950s fashions. Those baggy pants have to go!

ELEMENTARY had one of the best season finales in recent memory. The episode tied up the season’s main story and launched a surprising new development. The conclusion of the main story was satisfying and then some. The new development is exciting.

I can’t say enough good things about Jonny Lee Miller as Sherlock Holmes, Lucy Liu as Dr. Joan Watson and the wondrous John Noble as Morland Holmes. Noble’s performance in the finale is deserving of an Emmy award.

CBS has renewed the series.

CSI: CYBER looked dead in the water to me from the first few weeks. But my daughter Kelly and I watched and enjoyed the series, which has been cancelled. However...

Though the writing got a little clumsy in the final acts, we got an honest-to-gosh series finale. No cliffhanger, even though at least four possibilities were in play. It wasn’t as classy and satisfying as the series finale for CSI: New York, but I’ll take it over yet another unresolved cliffhanger. Kudos.

Posted by Tony Isabella at 6:51 AM