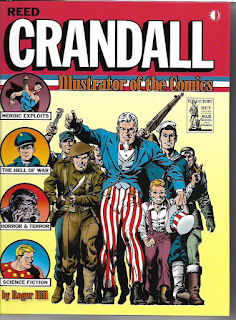 September is upon us. Despite the realization that there is no rock bottom when it comes to the evil that is the dumpster president and his vile cronies/worshipers, I still find at least one thing every day that makes me happy. Here’s my list for August...

August 1: Reed Crandall: Illustrator of the Comics by Roger Hill. An amazing and definitive work on the great artist. August 4: Those White House leaks. Truth matters, especially during this most dishonest of presidencies.

August 5: Toxic Shark. A fun movie from another first-time director and featuring a terrific female protagonist.

August 6: This is gonna sound weird, but I’ve decided to get even more draconian with the reduction of my Vast Accumulation of Stuff. Not only will it help bring order to my life faster, it’ll be great for my garage sale customers. Both these things make me happy.

August 7: My daughter Kelly was not injured when her car was struck this morning...and the police caught the hit-and-run driver within minutes of the accident.

August 9: Having dinner in New York with Papercutz editor-in-chief Jim Salicrup, my friend of 45 years and one of my favorite editors.

August 10: Midtown Comics in Times Square. What an amazing store! I’d love to do a signing there someday.

August 11: Having dinner with the great Larry Lieber, a dear friend and a genuine comics legend. 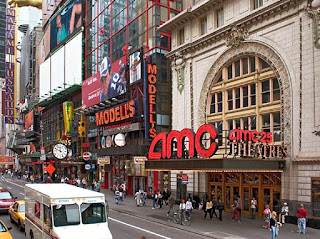 August 12: The AMC 25 theater on 42nd Street. I saw movies there on two successive afternoons.

August 13: Attending a special screening of the first two episodes of The Defenders. Thank you, Marvel.

August 14: Chatting with Tom Brevoort. I was amazed by the modest size of the Marvel editorial staff given how many comic books they publish and how many of them are among my favorites. Talk about a hard-working staff.

August 16: Jim Jeffries. The Australian comic understands America and still loves it. His weekly Comedy Central show is must-watch-TV for me.

August 17: Buffy the Vampire Slayer Season 11. A chilling story of fear and bigotry, especially in light of events in the real world.

August 19: The next phase of my dental implant surgery went great. No pain and just a little woozy. 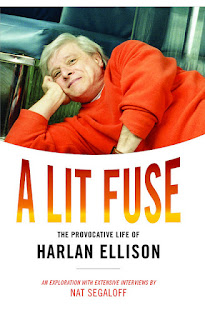 August 20: A Lit Fuse: The Provocative Life of Harlan Ellison by Nat Segaloff. I’m just a hundred pages into this biography and it already feels like I’m spending an evening with my dear friend. [I am now a few hundred more pages into this book and it’s exceeding my expectations.]

August 21: Infrastructure projects in Medina. My hat’s off to the hard-working folks rebuilding our most-traveled roads, often doing so in harsh conditions. Thank you for making us safer.

August 23: Patty Armstrong and the rest of the cool people at WBNX, the CW in Northeast Ohio. They brought hundreds of Black Lightning posters to the NEO Comic Con. I think I signed almost all of them for the fans. WBNX is my home station.

August 24: Don Simpson and the other comics creators who have told me how happy they are for me. This is the comics industry I love, the creators who cherish and support one another.

August 25: My daughter Kelly’s car has been repaired and is with us once more. She’s fine. Her beloved car is fine. Everything else is the small stuff.

August 26: Saturday Nite Live Summer Edition. “Weekend Update” was always my favorite part of SNL. It was great to get it by itself. Note to self: Start taping SNL if only to fast-forward to “Weekend Update.”

August 27: Colossal. A very different kind of giant monster movie that bowled me over. It earns my colossal recommendation. 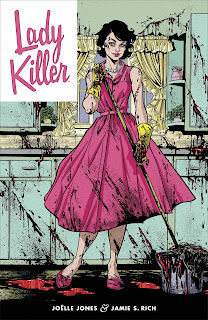 August 28: Lady Killer by Joelle Jones & Jamie S. Rich. I reread it and loved it even more the second time around.

August 29: Transgender soldiers fighting for their legal and moral right to serve. Talk about protecting those who fear and hate them.

August 30: The heroism shown by brave, good people who got in their boats and rescued people in Texas.

August 31: Stan Lynne’s Rick O’Shay, currently being reprinted in Comics Revue. The latest issue had “Lone Star” from 1975, a story that still speaks to me.

My last Vast Accumulation of Stuff garage sale will be Friday and Saturday, September 8 and 9, at 840 Damon Drive. The garage sale’s hours are 9 am to noon each day. You can get more information from Tuesday’s bloggy thing.

Black Lightning: Cold Dead Hands #1 is now available for pre-order via your friendly comics retailers. It’s in the current Previews, along with a resolicitation for the Black Lightning trade paperback that reprints the first run of my creation from the 1970s.

I can’t stress enough that, if you want to see more Black Lightning comic books written by me, you need to buy this six-issue series in impressive numbers. DC is showing a lot of confidence in me and my creation. Let’s show them they were right to do so.

That’s all. I’ll be back as soon as possible.

Posted by Tony Isabella at 5:34 AM