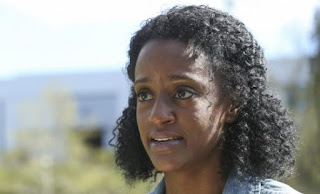 This is “Black Lightning Beat,” the blog within the bloggy thing in which I share Black Lightning news...and answer your questions as best I can. This time around, we’ll start with some basic facts too many people get wrong.

I am the creator of Black Lightning. Not a co-creator. The creator. Everything important about Jefferson Pierce and Black Lightning was created by me before I pitched my creation to DC Comics in 1976. Up until the moment I inquired about buying out DC’s interest in the character, I received solo creator credit.

The current official Black Lightning credits, which I wrote and to which DC Comics/Entertainment agreed, is “Created by Tony Isabella with Trevor von Eeden.” I wrote it that way because “with” was as ambiguous a word as I could come up with and still insure Trevor got some money from Black Lightning. I knew there are people who interpret (sometimes with malice aforethought) this credit as they see fit. Now you know how I interpret it.

The credit line is somewhat different on the TV series. The series asked me if they could change it and offered me several different options. Do I understand the change? Not really. Does it bother me? No...because they are using the option I picked and because my name (and Trevor’s name) is at the front of every episode. This is a big deal and pushes the line forward for other creators.

Those are the facts. Facts matter. When people get them wrong, that is on them. The facts are still the facts.

In other Black Lightning news...

Did you see the wonderful Skye P. Marshall as a homeless veteran on the May 1st episode of NCIS? Marshall plays Vice Principal Fowdy on the Black Lightning TV series. She delivered a great performance in the episode, not surprising given her talent and that she, herself, is a veteran of the United States Air Force.

On to your questions...

Is there some personal significance to the name “Colavito”? In your 1990s run on Black Lightning, you had Detective Tommy Colavito. In Cold Dead Hands, you reintroduced the character as Tommi Colavito. And, in the Grim Ghost series you wrote some years back, the actual protagonist was Michael Colavito.

Also...what inspired the gender change from Tommy to Tommi?
Rocky Colavito was my favorite baseball player as a kid. He played for the Cleveland Indians. I never quite recovered from him being traded. But there’s more to my use of “Colavito” than you or anyone but me knows. Until now.

In my mind, the Colavito family is very large and has a great many law enforcement people in it. In the comics world of Tony Isabella, Michael is related to Tommi...and there are members of the family you have yet to meet. If and when I have occasion to introduce them in my stories, I plan on doing so.

What inspired the gender change was my realization, after I turned in the script for Black Lightning: Cold Dead Hands #1, that I had no positive female characters in the story. I had strong women who were evil as fuck, but no counterparts to them. In that version of the strip, Tommy was still male.

Asking myself the question often attributed to Chris Claremont, a writer known for his strong female characters, I wondered why Tommy Colavito couldn’t be a woman. So Tommy became Tommi and I was able to write a brother/sister relationship between Jefferson Pierce and her. A relationship which delights me no end.

My wife and I have enjoyed Black Lightning very much! I know you just have to be a proud papa. Will you get a chance to do any work on the TV show?

In a sense, I have been working on the show since before there was a show. Before DC hired Salim and Mara Brock Akil as show runners, Geoff Johns asked me to write a paper called “Black Lightning’s Core Values.” That was sort of the starting point for the TV show.

When the Akils were hired, DC set up a conference call between them and me so they could ask questions about Jefferson Pierce and his world. It was a very productive call.

Last July, the Akils flew me to Burbank to meet with the writers of the TV show. When I walked into the room, I saw a huge whiteboard with the first season’s episodes roughed out very roughly. Still, I saw a lot of myself on that board.

In the writers room, I was asked so many questions I lost track of them. I was answering questions about things I had written forty or more years earlier. The writers had not just read the comic books, they had clearly studied them.

As the series played out on television, I saw a lot of me in those episodes, coupled with the amazing additions to the story that came from the Akils and the writers...and the brilliant performances of Cress Williams and the other cast members.

From time to time, noting similarities between things I did in Cold Dead Hands and things in the TV series, I am asked if the show got those things from me or visa versa. My honest answer is that I am not at all certain.

Both Cold Dead Hands (which I started work on before there was a TV show) and the series start from the same basic core values. That there are similarities was inevitable since we are telling the same kinds of stories. Of course, I have a higher “budget” than the TV show because it’s easier to draw super-stuff than it is to put it on the screen.

If you’ve ever been in a writer’s room, even one that was mostly me being asked questions, you know that ideas fly back and forth and, as near as I could tell, nobody was keeping a record of which of us said what. It was my first and only (so far) visit to a TV writers room, but I thought it was a very productive session.

During the session, some of the writers thought I should pitch for the second season. I’m exploring that. Needless to say, I’d love to be back in that writers room on an official basis. Even if it were only for a week or two here and there. There are great writers in that room and I’m sure I could learn a lot from them.

One last note for this edition of “Black Lightning Beat”:

My next convention appearance will be the East Coast Black Age of Comics, May 18-19, at the TECH Freire Charter School, 2221 N. Broad Street in Philadelphia, Pennsylvania.

Friday night is the opening reception with the presentation of the annual Glyph Awards.

Saturday is the convention itself which, among other things, will feature a panel with Professor Bill Foster, Don McGregor and yours truly.

I’m looking forward to the convention and hope to see some of you there as well.