ECBACC, GLYPH AWARDS AND ME 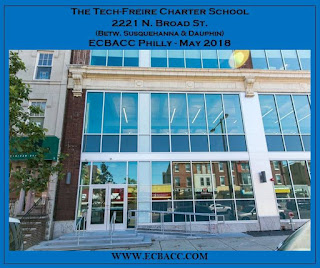 Bloggy Tony has been off his game for a few weeks now, which is why you haven’t seen too many new bloggy things. I’m running behind on my weekly “Tony’s Tips” columns as well. That won’t change quickly. Right now, I’m concentrating on getting ready and strong enough for this weekend’s East Coast Black Age of Comics Convention (ECBACC) in Philadelphia. You can read about it here.

One of the things I look forward to when I attend ECBACC is seeing the new comics from the Glyph Awards nominees and other creators. What generally happens is that, whatever I make selling stuff at my table, I spend on comics at the convention. Professor Bill Foster, a giant among men in so many ways, tells me that I’m participating in the “Black Economy” when I do this. Since he’s smarter than me, I’m more than happy to roll with that.

My life has been very hectic since DC Entertainment and I came to an agreement on my past service to DC and our future relationships. As with any relationship, there have been ups and downs and a few disappointments. Likely on both sides. But, as anyone who reads this blog and my other online writings know, I’m grateful I was able to reboot my proudest creation in the Black Lightning: Cold Dead Hands six-issue series and would love nothing more than to write Black Lightning comics until my dying day.

I’m also over the moon in love with the Black Lightning TV series. I was thrilled when DC asked me to write a “Black Lightning Core Values” paper even before they hired the brilliant Salim and Mara Brock Akil to be the series show runners. I was excited that we got to talk about all things Black Lightning in a very productive phone conference DC arranged. And I can’t even describe the buzz I got when Salim brought me out to Burbank to meet with the writers of the series. These are all things I dreamed would happen but, until they did, never actually believed they would.

There is so much of me in the Black Lightning show that I sometimes slip and call it “my” show. But that’s not accurate. The Akils, the writers and the best cast on television bring so much of their own genius to each and every episode. Every Tuesday night, I felt like I was unwrapping a special present.

I can’t predict my future with DC or the Black Lightning series. I do know there is no other character and no other projects to which I would rather devote my talents than Black Lightning. Whether it’s in the pages of new comic books or on the small screen or whatever other opportunities arise.

Back to ECBACC. For the foreseeable future, ECBACC is one of only two conventions where I’ll be signing for free. The other one will be November’s Akron Comicon. I’m updating my signature policy for other conventions, but you can see the original draft of the policy by checking out this bloggy thing.

Because I’m still sorting things out, I don’t want to say too much about my plans for the next few months. I will be appearing at many conventions this year, though my previously announced schedule will be changing somewhat. I will be holding as many of my fan-favorite Vast Accumulation of Stuff garage sales as I can squeeze into that convention schedule. Keep watching the bloggy thing for news of my appearances and garage sales.

I’m taking a break from most of my online posting, but that’s just until I get things back to my normal crazy schedule. I’ll post new bloggy things as often as I’m able.

Despite my crazy life, I remain open for business. If you want to know what that means, here’s yet another bloggy thing for you to check out. I look forward to hearing from you.

Thanks for stopping by. That’s all for now. I’ll be back as soon as possible with more stuff.

Posted by Tony Isabella at 2:42 PM