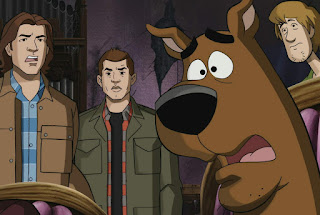 April was a challenging month, but, then again, aren’t they all in these times of grave challenges for the entire world?

I went to a Cleveland elementary school to be interviewed by three students for a innovators project. I like to do that sort of thing whenever I can. Nothing says “always forward” like teaching young kids to the extent of one’s ability to do so.

Sainted Wife Barb had surgery mid-month. That was a stressful time for us. She’s doing great, but she will be recuperating until the end of May. It’s nice having her home, even under these less that optimal circumstances.

I faced some professional challenges in April. I had a sour day or three because of them, but am determined to move past them and on to new projects.

I wrapped April by attending the East Coast Comicon in New Jersey. It was a fun weekend with lots of old friends in attendance. Some journeys were begun. We’ll see where they lead.

As always, no matter how gloomy my demeanor as I faced challenges, I took note of the many good things in my life. Here is the list of the things that made me happy in April.

April 1: The Supernatural/Scooby-Doo crossover on the CW. Maybe the funniest thing I’ve watched all year.

April 2: Wrote and submitted a pitch for an edgy graphic novel I’ve wanted to write for over a decade. Here’s hoping the publisher gets on board with it.

April 3: Black Lightning has been renewed for a second season. I’m not surprised (what with its great ratings and reviews), just happy I’ll be spending more evenings with Jefferson and the rest of those great characters.

April 4: My readers. Thanks for your kind words on Black Lightning: Cold Dead Hands. I hope, sooner rather than later, I can bring you  a new project you will enjoy as much.

April 5: Final Straw by Kathleen M. Fraze. First novel in a series about a small-town police detective. The hook for me? The cops are really bad at their jobs. 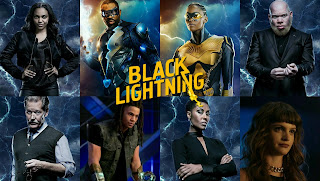 April 6: Lance Ausfresser. He launched the largest Black Lightning group on Facebook and a dozen other besides. He can get a bit too excited at times, but he’s as super a super-fan as there ever was. Gotta love this guy.

April 7: The record number of women who are running for Congress, especially those running as Democrats. The Dems aren’t perfect, but the main goal has to be to stop the GOP and their dumpster fire of a president.

April 9: Getting back to work on my “July 1963" series. I’ve missed doing these and am excited about the extras I’ll be adding to the second volume in the series.

April 10: In the Shadows of Statues: A White Southerner Confronts History by Mitch Landrieu, mayor of New Orleans. One of the best books I’ve read this year. 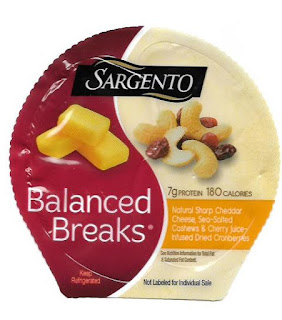 April 12: Sargento Balanced Breaks. These are my go-to snacks when I need some quick and tasty protein. Some of them included little pieces of chocolate. Yum!

April 13: Visiting Cleveland’s Citizens Leadership Academy to chat with three bright young men who chose me for an interview project on area innovators.

April 14: Peter MacNicol’s portrayal of a reclusive and obviously insane scientist on the April 12 episode of The Big Bang Theory. I hope his character returns soon.

April 15: Alter Ego #152's spectacular study of the life and career of artist, writer and visionary Larry Ivie. I’ll be reviewing it in the near future.

April 16: The Legends of Tomorrow season finale. It didn’t miss a beat from start to finish. 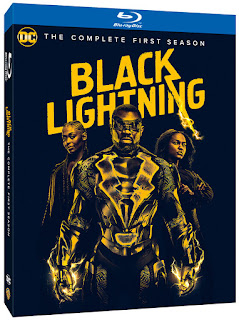 April 17: Black Lightning Season One is being released on DVD and Blu-ray on June 26. That’s my son Eddie’s 30th birthday. So it’s a special day for both my sons.

April 18: Sainted Wife Barb’s surgery went very well. She is home, doing terrific, and looking at 4-6 weeks until she has to go back to work.

April 19: The Black Lightning season finale was everything a finale should be. Great character moments, exciting actions, a satisfying conclusion and a tease of what’s to come.

April 20: The neighbors and friends who have made meals for us so we could concentrate on Barb’s recovery. We’re blessed to have them in our lives. 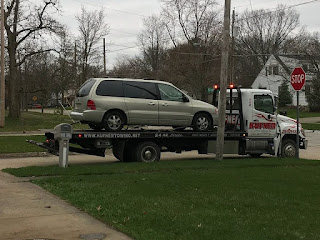 April 21: A fond farewell to our old van Monty. A veteran of more conventions, family trips and moves than I can list, he served us well.

April 22: On The Big Bang Theory, Stuart’s comic-book store becomes successful with a very funny Neil Gaiman as a regular customer and a new employee played by the terrific Lauren Lapkus.

April 23: Marvel Horror: The Magazine Collection. Like my pal Marv Wolfman, who wrote an introduction for this book, I’m amazed and delighted to see these stories in print. But, hey, Marvel, where’s the love for It! The Living Colossus?

April 24: Seeing photos of Cress Williams and other Black Lightning cast members having good times with their fans at conventions all around the country. They’ve earned their fun with their wonderful performances. 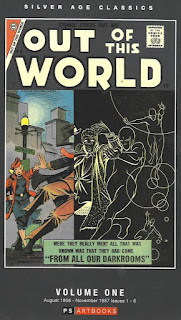 April 25: Out of This World Volume 1-3 from PS Artbooks. Charlton comics of the 1950s are crazy, fun and often inventive. The Steve Ditko-drawn stories have been reprinted many times, but the other tales are entertaining as well.

April 26: Talking anime and manga with the cashier at our grocery store. We are everywhere!

April 27: I go to the Medina County Board of Elections for my early voting and one of the workers there tells me how much she’s loving Black Lightning. I’m a proud papa.

April 28: The driver who picked me up at Newark Airport to drive me to the East Coast Comicon was a 72-year-old salsa singer who sang to me as we drove. The universe keeps giving me these great little gifts.

April 30: Being flashed by a Power Ranger. More on that when I get around to writing my East Coast Comicon report.

Blogging is going to be erratic this month. I have appearances to make, garage sales to run and various projects to move a bit closer to completion. On the other hand, since I’m writing several bloggy things simultaneously, you could get batches of them within days.

Posted by Tony Isabella at 6:56 PM