Sean attended the convention with his wife Katherine. He posted a number of fascinating photos from the event on Facebook and on my Official Tony Isabella Message Board group page. The above photo is the only one directly concerning Black Lightning, but many of the others were just too good not to share with you...with the hope Sean won't be upset with me for my larceny. I guess I’ll have to write that “Black Lightning Beat” column later this week.

Side note. I’m not sure what the Japanese lettering under the Black Lightning logo means, so I’m just going to assume it says something like “Creator Tony Isabella is Stud-God of Comics.” You’re all cool with that, right? 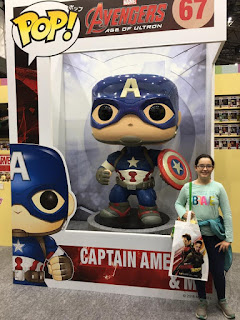 Marvel had a presence at the Tokyo Comic-Con with two lovely young woman cosplaying as Captain Marvel. Their smiles alone could defeat Thanos. 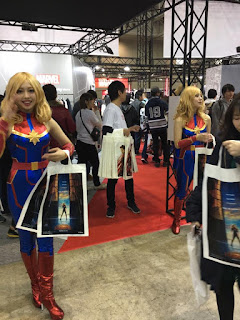 Not a young lady to play favorites, here’s Nora posing with a giant Flash Funko figure. I wish I owned a Flash Museum. 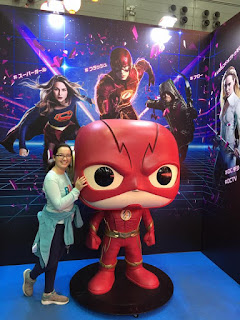 I don’t know what this is, but I assume it’s one of the dozens of alien creatures defeated by Ultraman. Or maybe a giant Funko figure of Donald Trump before his stylist makes him look semi-human in the morning. 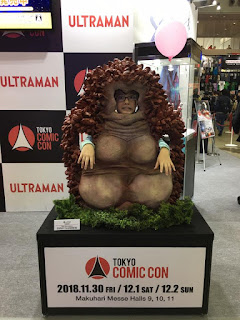 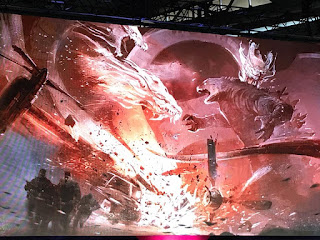 Side note. One of my New Year’s resolutions is to watch all of the Godzilla movies from the first to the most recent anime and films. I’m shooting for one or two every weekend that I’m not attending at some convention or other event.

This DC Comics display creeps me out. I don’t know if these scary masks are available in the United States, but, on seeing this shot, I envisioned a horror film wherein a serial killer paints the faces of his victims to look like DC characters and then gently removes those faces for trophies. 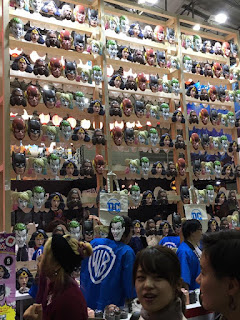 That’s the last of the photos I’ve stolen from my dear friend Sean for your amusement today. The Tokyo Comic-Con looks like a terrific event. Maybe, someday, I’ll be invited there. If so, I promise to
avoid causing any international incidents.

Posted by Tony Isabella at 9:42 AM