THINGS THAT MADE ME HAPPY IN NOVEMBER 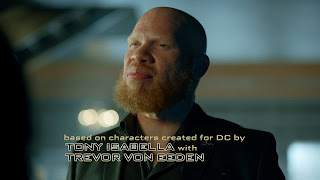 Veteran readers of this bloggy thing and my Facebook pages and my Twitter tweets know that, no matter how bad things may seem at any given time, I like to recognize the things in my life that make me happy. There is a great deal  in my life that brings me happiness, joy and satisfaction. Here’s my November list...

November 1: Marvin “Krondon” Jones III is killing it every week as Tobias Whale on Black Lightning. I like his Tobias better than any of the versions I've written.

November 2: Representation matters. It matters in our comic books, movies and TV shows. I’m proud to have been a part of this back in the 1970s and even more proud to still be a part of it.

November 3: Akron Comicon 2018. The new venue for the event was not optimal, but, man, do these promoters know how to put on a terrific comics convention. I had a blast.

November 4: My two Akron Comicon talks on Black Lightning were very well received. I was at the top of my game as I shared the love for my creation and his TV series.

November 5: Getting a handle on what I want/need to do from now to the end of January. I’m setting reasonable goals and am confident I can meet them.

November 6: My Brother’s Husband Volume 2 by Gengoroh Tagame. This  tale of a Japanese single father meeting his late brother’s husband
is heartwarming and magnificently written and drawn. It has become one of my all-time favorite comics.

November 7:  Florida’s Voting Restoration Amendment passed, restoring the vote to over 1.4 million citizens who had served their prison sentences. All “Jim Crow” laws like the one that barred them from voting for life should and must be struck down. Such laws are blatantly discriminatory and immoral. 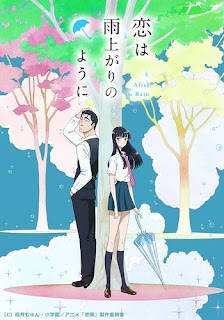 November 8: After the Rain by Jun Mayuzuki. What could have been a creepy manga is instead a rather heartwarming tale of a young woman drawn to an older man.

November 9: The Grand Rapids Comic-Con is one of the best and best-run events in the country. Promoter Mark Hodges has an efficient and friendly staff and volunteers. This year’s convention was big fun from start to finish.

November 10: A dealer selling silver and bronze age comics for $2 each made me feel like a kid again. I’m not ashamed to admit that I filled a short box with these treasures.

November 11: My “Black Lightning and My Road to Diversity” lecture at the Grand Rapids Comic-Con went incredibly well. An attentive audience, good questions, and a few laughs along the way.

November 12: As always, driving to conventions with my friend Thom Zahler is always terrific. Great conversations and laughs. I always learn something new from him. 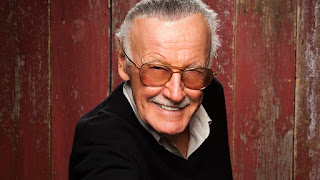 November 13: Stan Lee. He’s the man who made me want to write comic books. That I got to know him, work with him, learn from him and become friends with him will always be one of the greatest gifts of my life.

November 14: Maisie Richardson-Sellers has returned to Legends of Tomorrow as the depowered shapeshifter Charlie. A clever way to bring back a terrific actress. Kudos to the writers.

November 17: The Great American Comic Convention in Las Vegas. So many old friends and terrific fans.

November 18: The Great American Comic Convention presented a moving tribute to Stan Lee. Lots of terrific speakers, but Tom DeFalco was the best of the best. 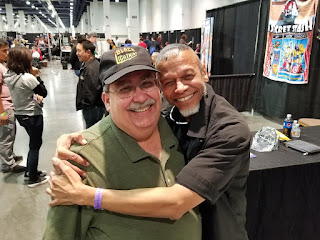 November 19: Original Black Lightning artist Trevor von Eeden and I had some great quality time together at the Great American Comic Convention in Las Vegas.

November 20: The Avengers Station interactive exhibit at Treasure Island Hotel and Casino. One SHIELD agent was so excited to meet the creator of Black Lightning he dropped his gun.

November 21: With no convention appearances until February, I have two-and-a-half months at home. Let the writing commence!

November 22: Immigrants. They are the lifeblood of my country and our ongoing hope for tomorrow. They strengthen our American values and keep the American dream alive.

November 23: Holy kaiju, Batman! The “Tagumo Attacks!!!” episode of Legends of Tomorrow featured “Ishiro Honda” and other wonderment. My favorite episode of the series thus far. 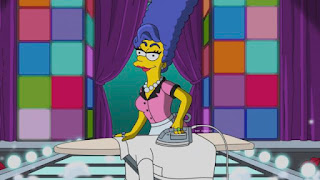 November 24: The “Werking Mom” episode of The Simpsons wherein our beloved Marge becomes...a drag queen? The writing was outside the box and wondrous. The story was funny and heartwarming.

November 26: This weekend, the Cleveland Browns beat the Cincinnati Bengals 35-20 and the LBJ-less Cleveland Cavaliers won two games in a row. This Cleveland sports fan isn’t used to so much winning, but I love it.

November 27: Bebbo’s guest appearance on Arrow. Curtis visits the injured Zoey in the hospital and gives her the stuffed toy. I would love to write a Bebbo series for DC Comics. Because, yeah, I could make it awesome. 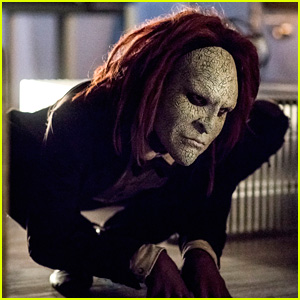 November 29: Ragdoll joining the rogues gallery of The Flash show. Kudos to the supernaturally bendy Troy James and voice actor Phil LaMarr for bringing the villain to life. More please.

November 30: Conan [O’Brien] Without Borders: Japan was hilarious and informative. Over the next few weeks, I plan to watch the other episodes in this series.

December promises to be an extremely hectic month for me. Between getting ready for the holidays and writing a book, I’m burning the candle at both ends and the middle. But I know there will always be things in my life that make me happy and, as long as I’m able, I’ll share them with you.