MAGAZINES FOR THE HOLIDAYS 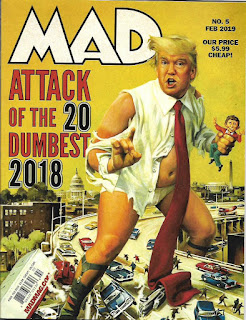 Whenever Christmas and other winter holidays are on the horizon, a great many people ask me for gift suggestions for the comics people in their lives. Those comics people are avid fans, casual readers and even comics professionals. I generally recommend comic books, graphic novels, manga, movies on DVD/BluRay, television series sets on DVD/BluRay, action figures and items of clothing. Something that I don’t recommend often enough are magazine subscription, the gift that keeps on giving for as long as the subscription you have paid for lasts. For today’s bloggy thing, I’ve cobbled together a list of some of my favorite magazines. Perhaps one of them might be the perfect gift for the comics person you love.

I have been subscribing to MAD for several years now. I liked the magazine before it was relaunched with a new first issue and like it even more under new executive editor Bill Morrison.

The new MAD is a cool blend of the classic and fresh. Issue #4 had a nothing-short-of-brilliant send-up of horror host Svengoolie by Ian Boothby (the best of the writers of the Simpsons comic books) and artist Tom Richmond. It had a clever lesson in “art history” by Maria Bamford and Scott Marvel Cassidy. It had a clever homage to Edward Goree by Matt Cohen and Marc Palm. It had a double-page Tom Bunk spread bursting with funny details. Its new “Wisenheim Museum” feature profiles noted artists explaining their love for MAD. All those plus Sergio Aragones, Spy vs. Spy, an Al Jaffee fold-in and more. It was well worth the $5.99 cover price.

Issue #5 cover-featured “The Mad 20 Dumbest People, Events & Things of 2018,” which is always a highlight. The issue also had the new “The Lighter Side Of...” by Tammy Golden and Jon Adams. That was a favorite of mine when the late Dave Berg did it and I think the new kids are doing right by him.

******************************
All by itself, TwoMorrows could probably solve most of your gift-giving needs. The publisher has been creating the best magazines for comics fans for over a decade and is still going strong, having just added the swell Retro Fan to its roster. 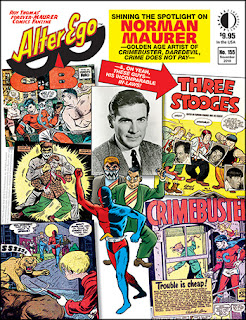 Roy Thomas’ Alter Ego remains my favorite of the TwoMorrows bunch. Every 100-page issue delves into the comics and comics creators of the 1940s through the 1970s. If its articles were in alphabetical order, it would be the Encyclopædia Britannica of comics. The most recent issue [#155] cover-features the legendary Norman Maurer, who worked on Crimebuster, the original Daredevil, Crime Does Not Pay, (with Joe Kubert) the first and best 3-D comics and all manner of Three Stooges comic books and movies. After all, he was the son-in-law of Moe Howard. Other recent issues have spotlighted my friend Allen Bellman and the glorious Flo Steinberg. 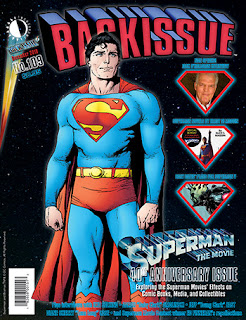 Moving to the Bronze Age of Comics and beyond, editor Michael Eury helms Back Issue. The latest issue [#109] was a celebration of the 40th anniversary of Superman the Movie. I don’t think I’ve seen a more impressive coverage of that classic film. 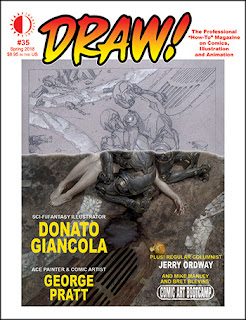 Draw bills itself as “The Professional “How-To” Magazine on Comics, Illustration and Animation.” Edited by the amazing Mike Manley, who also draws the daily Phantom newspaper strip and the daily/Sunday Judge Parker newspaper strip, the magazine is interesting reading if you’re not an artist. Great interviews. Wonderful tips by Jerry Ordway. The “Comic Art Bootcamp” feature. Jamar Nicholas reviewing the tools and tricks of the trade. Writers like me can learn a lot from seeing what artists face in doing their work. 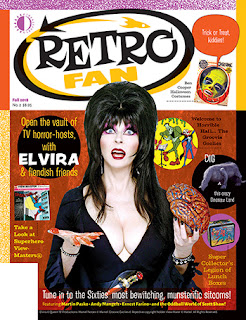 Retro Fan, also edited by Michael Eury, is the journal of all the things that we loved as kids. Saturday morning cartoons. TV heroes. Bubble gum cards. Slurpees.  Action figure and toy sets. In short, all the stuff that made the 1960s and the 1970s and even the 1980s so much fun for us and which are still eagerly collected by us old folks and fans who weren’t even born when these items were found in stores across the country. 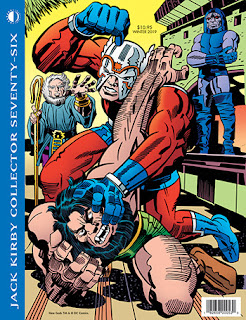 The flagship of the TwoMorrows fleet is The Jack Kirby Collector, which has been honoring the King of Comics on a quarterly basis for decades. Each issue is loaded with art, history and interviews on the man who inspired generations of comics creators.

If you go to the TwoMorrows website, you can order subscriptions to all of the above magazines and also find dozens of terrific books on comics and comics creators. Classy magazines for classy comics fans. I love them all! 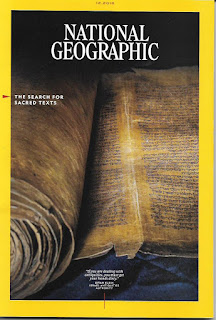 One of my favorite mainstream magazines is National Geographic [$39 per year, but special offers can bring that down to as low as $12]. Entertaining educational articles on the world around us. Brilliant photographs and graphics. At least a dozen items on my bucket list of things I want to write before I kick the bucket made it to the list after I read an article in National Geographic. I consider it an indispensable resource for writers. 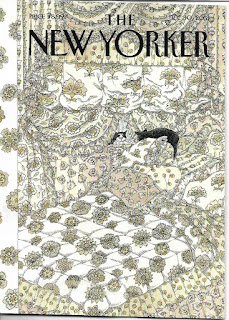 The New Yorker [subscriptions as low as 12 issues for $12 and most offers include a tote bag] is another favorite of mine. Though the content of the weekly magazine is NYC-centric, its articles cover a wide range of national and international subjects. It boasts some of the best fiction, non-fiction and review writing in magazines. It presents fantastic graphics and hilarious/quirky cartoons. Its covers are stunning. The only drawback is that, from time to time, it makes me want to move back to New York City. Which can’t happen unless I suddenly start making much more money than I make now or become the boytoy of someone who makes much more money than I make now. Sigh.

I’ll be back tomorrow with a look at some other magazines suitable for holiday gift-giving. See you then.