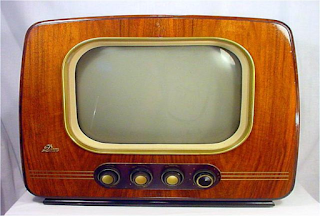 My new normal is writing and researching until either I can’t think straight or various body parts start hurting. Then I read or watch TV. Writing about the stuff I read and the stuff I watch makes me feel less like I’m goofing off. I am a little touched in the head.

I have almost the entire second season of Agents of SHIELD sitting unwatched on my DVR. I hope to start watching those episodes soon. When I get to the end of the season, I’ll write about the series. I’ve already written about Agent Carter.

Sainted Wife Barb and I watch Castle together. The previous season ended on a stupid cliffhanger which was resolved in a manner only slightly less stupid. If we didn’t love Nathan Fillion, Stana Katic and the rest of the cast so much, we might have dumped the series right then and there. However...

The season picked up nicely with several solid episodes and a plot development that had writer Richard Castle bounced from his working relationship with Detective Kate Beckett and opening up a private detective firm. It was a crazy wonderful notion and, to my delight and surprise, the show didn’t let it go on too long.

That was followed by more solid episodes, a resolution to two old foes, a dumb resolution to the previous season cliffhanger’s final questions and an intriguing look at what drove Castle to become a mystery writer. However, in usual dumb TV style, the season ended on a couple of silly plot developments that are supposed to make us believe...everything will change.

Beckett has taken the Captain’s test, which, of course, would take her off the streets. She is also being recruited by serious people within the department to run for the state senate, which makes as little sense as me running for Miss America.

End-of-the-season cliffhangers are a mug’s game. I wish they hadn’t become a staple of scripted dramas and, for that matter, scripted comedies. A pox on them!

Also from ABC...I was the only member of my family to sit through the entire first season of the musical comedy Galavant. I found it amusing and especially enjoyed Timothy Omundson as King Richard. I am amazed the show got renewed for a second series, but I’ll be on board for it.

Cancelled by ABC...Forever was about a seemingly immortal New York City medical examiner. It was very well acted with decent writing, but I just stopped watching it at one point because it didn’t seem to be moving forward at all. I guess I wasn’t the only one who had that experience with the series.

Looking at the new ABC shows that have been announced, The Muppets is the only one that interests me. Because it’s the Muppets...and that’s good enough for me.

I like my cop/detective/forensics shows, so I watch a lot of CBS’ shows. Since I’m several episodes away from current on Criminal Minds, CSI: Cyber and Scorpion - Barb watches that last one with me - I’ll save those for another column.

Elementary has been excellent this season. The show often stresses that Sherlock Holmes is a drug addict, but he has always managed to resist falling off the wagon. The season finale isn’t explicit as to whether or not Holmes takes that fall, but it presented one of the most horrifying evil plots against the great detective that we have seen. The source of that evil is so petty its revelation might well have been the most frightening thing I have seen in scripted television this season. Well done.

CSI has been cancelled after an uneven season. Ted Danson was not enough to hold the show together. Elizabeth Shue and other recent additions never jelled. Veteran actors seemed to be off their game all season and the show never recovered from the loss of the great  Paul Guilfoyle at the end of last season. Whatever the show needed to make it as good as it had been, the current show runners couldn’t find it.

CSI will have a two-hour finale next season. After that, Danson’s character is moving over to CSI: Cyber. That looks like an awkward move to me, but I’ll keep an open mind.

The Big Bang Theory continued to make me laugh with and not at its quirky characters. There are comics fans who hate the show and take every joke personally, but I don’t haven’t seen jibes half as cruel as those I read online from actual fans.

Two and a Half Men has ended, well past its time. I kept watching it because Ashton Kutcher, Jon Cryer, Conchata Ferrell, Melanie Lynskey and Courtney Thorne-Smith were still very funny performers. But the show had been getting more and more mean-spirited over the years and its finale was a textbook example of a creator just being a dick. I won’t miss it.

CBS has three new shows that interest me. Supergirl looks like so much fun. Criminal Minds: Beyond Borders will star Gary Sinise and I’ll give any show he does a good look.

The third series is a summer show. Zoo is based on a book by James Patterson about the animal kingdom turning on mankind. While I am not sure which side I’ll be rooting for, I will say it looks to be a pretty exciting and scary show.

The only show I watched on NBC this season was Constantine, based on the DC Comics character. I had been watching Grimm, but stopped about midway through the second season for no other reason than I was trying to cut back on my TV viewing. I recall the show fondly, so I may well catch up on it one of these years.

Constantine started out disappointing, but got better as the first and only season progressed. I was enjoying the show, but, alas, in its final episode, it fell prey to stupid cliffhanger syndrome with a revelation that made no sense whatsoever.

If the show does return - and that seems unlikely - it should waste no time “fixing” the absurd cliffhanger and introducing more of DC’s supernatural characters into the mix. The show was already hinting at the Spectre. He’s a good place to start.

That’s all for this edition of “Television Thursday.” I’ll be back next Thursday with more TV reviews and I’ll be back tomorrow with another installment of “Free Comic Book Day Friday.” See you then.