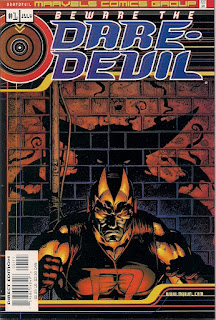 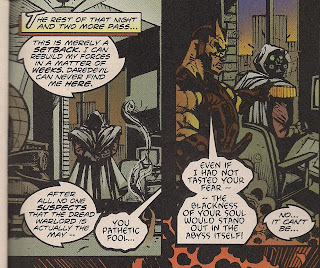 Fantastic Four #1 by Stan Lee and Jack Kirby [November 1961] was
the beginning of the Marvel Age of Comics.  But, in the very next
issue, Stan and Jack established that there were Marvel comic books
in the same Marvel Universe inhabited by the FF, Spider-Man and the
Hulk.  For when the “Skrulls From Outer Space,” as opposed to the
ones from New Jersey, invaded our planet, Reed Richards frightened
them from our world by showing them clippings of the monsters who
appeared in Strange Tales and Journey Into Mystery.

Lee and Kirby themselves made guest appearances in Fantastic Four
#10 [January 1963] and Fantastic Four Annual #3 [1965]. In the
years that followed, other Marvel writers and artists would appear
in various super-hero titles.  But it wasn’t until the summer of
2000, that Marvel’s readers would get to read “Marvels” comics from
the Marvel Universe itself.

Editor Tom Brevoort put together a six-pack of these unusual comic
books: Captain America, X-Men, Fantastic Four, The Spider-Man, Thor
and Daredevil.  Artist Eddy Newell and I got to do that last one-
shot and, to this days, it’s among my favorites of all the comics
I’ve written in my 40-year comics career.

The Fantastic Four licensed rights to the adventures to the Marvel
Comics of their reality, but, as Daredevil had a secret identity,
I was free to come up with my own version of ol’ Hornhead and, wow,
did I have fun doing it.

My Daredevil was a demon who got a glimpse of Heaven while fighting
angels and swore he would earn his way into that blessed realm.  So
he was hunted by Heaven, hated by Hell and sharing his body with a
former Hollywood stuntman also seeking redemption.  Their cast of
characters included The Wise Boyz, a 2000 take on the classic kid
gangs of Charles Biro and the Joe Simon/Jack Kirby team.  Adding to
my fun was that my story was also a homage of sorts to one of the
greatest Simon/Kirby tales of all: “Mother Delilah” from the third
issue of their Boys’ Ranch title [February 1951].

One more thing.  If you read this comic, be sure to pay attention
to the last words of the villain before Daredevil confronts him for
a final time. As you might guess, I was never a fan of New York’s
then-mayor Rudy Giuliani.