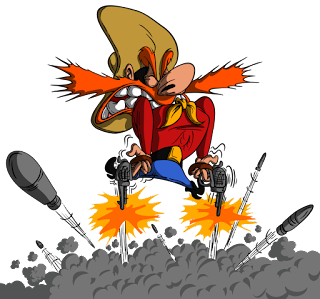 The Republican National Convention will be held in my birth city of Cleveland, Ohio in July. I’ve been told I should be thrilled about  this, but I’m not. If there’s anything Cleveland and my state and my country doesn’t need, it’s more Republicans. On a kinder note, given Cleveland’s past propensity to get it wrong at least half of the time - the Cleveland Clinic, the Cleveland museums, the efforts to honor home boys Jerry Siegel and Joe Shuster for their creation of Superman and LeBron James’ Cleveland Cavaliers are all very nice - I’m not confident hosting GOP Con will bring honor and respect to Cleveland, sometimes known as “The Mistake on the Lake.”

I was in Cleveland last month around this time. The downtown area where GOP Con will be held doesn’t look ready to me. There are many streets still torn up and being worked on. There may not be enough hotel rooms for the unholy invasion. I’ve heard tales of relatively normal people fleeing the area and renting out their homes to the Republicans. Better lock away the good silverware.

I’ll stay as far away from the GOP Zombie Apocalypse as possible. If any of these unnatural creatures come to my home town of Medina, some forty minutes south of the Cleveland Hellmouth, I’ll shoot them in the ass, which is where I assume their brains are located.  As you may have discerned - you Sherlock you - I am not exactly a fan of the party of bigotry and subservience to wealth and power.

Last week, a petition posted at change.org to “Allow Open Carry of Firearms at the Quicken Loans Arena during the RNC Convention in July.” While the identity of the person or persons who created the petition is unknown - it may be a satire - it has gained very close to 50,000 signatures at this time. It’s not likely all the signers are simply amusing themselves. They are undoubtedly signers who are desirous of bringing their penis-enhances to GOP Con. The default position for many Republicans is fear, though they can never stroke their rods enough to compensate for their lack of courage.

I am ashamed to admit my initial reaction to this petition was to chuckle over the concept of a bunch of gun-toting morons blasting the heck out of each other at the convention. As a writer of heroic fiction, the concepts of irony and just desserts hold great appeal for me. But my delight was wrong.

Ohio is an “open carry” state, but our laws allow for businesses to say “not here.” Given the sporting and other events held at the Quicken Loans Arena - it’s where the Cavaliers play - and the large crowds that come there, “not here” was the only sane choice for the Arena. I don’t think anyone has expressed a problem with the policy in the past that has been large enough to get media coverage. Not all advocates of “open carry” are jerks. Some are.

The petition itself is a checklist of right-wing rhetoric. It gives the usual Second Amendment blow job. It talks about how Cleveland is such a dangerous city. It shits its pants over the Islamic State maybe attacking the convention in its dreams. It even capitalizes President Obama’s middle name to emphasize that he is a murderous secret Muslim out to take our guns and shove them up our collective asses. Gun nuts need not fear this. Their heads already block the shoving of anything else up their asses.

The petition, whether real or satire, does correctly point out that all the Republican candidates and the Republican National Committee and the National Rifle Association oppose the creation of “no fire zones” pretty much everywhere. So what are those folks to do when asked if they support this position?

Trump says he has to study the petition, which doesn’t seem at all nuanced to me. The NRA doesn’t seem to have commented on it at the present time. Everyone else says they will defer to the government, i.e., the Secret Service, to make the proper decision. Which marks the first time they have admitted to trusting the government to do the right thing.

Note. The Secret Service does have the authority to overrule “open carry” laws as it deems prudent.

Some of the Ohio “open carry” groups have agreed that this is the Secret Service’s call. I want to applaud their rationality, but I think what’s at work, especially for the Republican politicians, is fear for their own safety and fear of bad press.

Look at the violence that happens at most Trump rallies. Then think about the possibility of this being a contested convention. Would you be confident that violence won’t erupt if the Trump supporters don’t get their way? Could you imagine what a profound indictment of the GOP fetish for guns such an outbreak of violence would be? The potential of “open carry” violence at GOP Con has got to be in the minds of the candidates and the party.

I admit I want the power of the Republican party and their wealthy overlords to be reduced to where it can be drowned in a shotglass. But I don’t want that loss of power to come in a hail of bullets.  I don’t want blood on the floor of the Quicken Loans Arena. If you are hoping for that, even the tiniest little bit, than you are as bad as these vile Republicans. I think we progressives and liberals are much better than that. I think we have to be much better than that. I hope you agree. While we’re on the subject...

Mitch McConnell and other despicable Senate Republicans refuse to give President Obama’s Supreme Court nominee a hearing, something required of them by the Constitution that gleefully cherry-pick at will. They claim the people deserve a say in who fills the current SCOTUS vacancy, conveniently ignoring that the people have had our say. Twice. When we elected Obama.

Having failed to beat Obama in his two presidential elections, McConnell and his goons are trying to deny him his full eight years in office. But, believe it or not, that isn’t the most disgusting thing McConnell has attempted in this matter.

Here’s a McConnell quote from March 20, which he said in response to a question asked on Fox News:

“I can’t imagine a Republican majority in the United States Senate would want to confirm, in a lame duck session, a nominee opposed by the National Rifle Association and the National Federation of Independent Businesses.”

Think about this. McConnell doesn’t think our votes for President Obama count. But the preferences of the NRA and NFIB, organizations which have never run for office and so have received no votes from the American electorate, those count.

Fuck you, Mitch McConnell...and not in a pleasurable way.

I’ll be back soon with something lighter. I mean, even if I tried, I don’t think I could go darker than today’s bloggy.

Posted by Tony Isabella at 9:38 AM