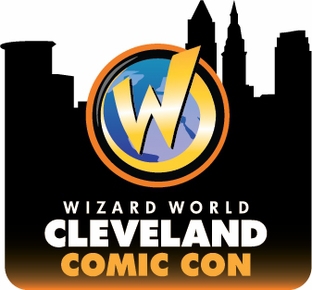 Wizard World Cleveland Comic Con took place Friday through Sunday, February 26-28 at the FirstMerit Convention Center of Cleveland. The center used to be called the Cleveland Convention Center, but, apparently, the city sold the naming rights to the bank. That sort of thing will always bother me until someone offers me big bucks for the naming rights to this blog. The Costco Tony Isabella’s Bloggy Thing does have a ring to it.

Wizard World Cleveland made its debut in 2015 in the middle of the worst winter weather of the year. Despite the inclement conditions, the event was a huge success and draw tens of thousands of fans who were eager to have something to do that weekend. The Cleveland area  media was all over the show. Good times.

I was looking forward to this year’s event, but my cheery mode was darkened by a string of annoyances. I couldn’t wait to leave those annoyances behind.

One of those annoyances was a shrill and poorly informed column in the Akron Beacon Journal. Written by Rich Heldenfels, the paper’s pop culture guy, it took shot after shot at the Wizard World show. He objected to what he considered high ticket prices and the even higher cost of getting autographs and photographs from the biggest names at the convention. He reminded me of the very talented writer who, at last year’s convention, sitting at her complimentary Artist Alley table, couldn’t stop complaining about the prices charged by celebrities for their signatures and photographs. I love her a lot, but she was essentially expecting that Wizard World conventions to be something other than Wizard World conventions.

I have no problem with Wizard World being Wizard World. The kind of convention they produce might not be to everyone’s taste, but I’ve always loved the variety and, yes, glitz they bring to their shows. Attendees, like, for example, my Sainted Wife Barb, can enjoy their conventions even if they aren’t into comics. We’ll talk more about that in a day or two.

Are Wizard World ticket prices high? Compared to some other shows, they probably are. However, there are discounts available if a fan is willing to make some effort to look for them. Which often takes no more than a trip to the Wizard World website.

Do some celebrities charge a lot for their autographs and photos? Yes, they do. The cost is worth it for some fans and not for other fans. Who am I or my writer friend or Heldenfels to tell the fans willing to pay those prices how to spend their money? It’s their money. Sure, it’d be great if they spent it on comics and graphic novels and such, but it’s their money. They get to decide what they spend it on.

When I’m a guest at Wizard World Cleveland, I look at it as a great opportunity to connect with fans who may not have heard of me or my work. I look at it as a chance to introduce folks who haven’t read comics to the wonders of the art form. I’m happy to spend a weekend doing that, especially since I also get to spend time with comics creators and other friends I don’t see often enough.

You don’t like what Wizard World produces? Then don’t go the Wizard World conventions. There are lots of other conventions all over the country. You will be able to find one that suits your needs/tastes better than Wizard World. Or you can sit in front of your computer taking snarky online dumps on conventions that tens of thousands of fans enjoy attending.

The drive from my Medina home to Cleveland was uneventful up until the moment I entered the hellscape that is downtown Cleveland. The  city is tearing up its streets left and right to get ready for the Republican National Convention in July. Neither GPS or online maps were helpful in getting me where I needed to go. I could feel my blood pressure rising.

I did get to the Convention Center and even got a good parking spot in a garage across the street. Clearly, things were looking much brighter for me.

Unfortunately, by the time I got to my Artist Alley table, my brain was throbbing. I popped some ibuprofen and sat back, figuring they would kick in before the fans entered the convention. That’s when the first con-related annoyance reared its pointy-eared head.

A professional Spock cosplayer - professional in the sense he has a nice costume, looks the part and charges people to photograph him - had decided I was sitting at his table. This despite several people showing him the directory and floor map listing me in that spot. Not to mention the sign reading “Tony Isabella” that Wizard World had attached to the front of the table.

When he came back a third time, I had pretty much covered my table with my signs, my signing pens, my online directory handouts and special fliers advertising Black Lightning Volume One and Marvel Masterworks: The Champions Volume One. He was moving to again put his sandwich on the table when I spoke to him in a very low voice  that made it clear I was done with him. I told him to get away from my table and go pon farr himself.

Wizard World did have a table for him on one of the far walls and it was a pretty good spot. During the convention, I would see him urging fans to take a photo with him before telling them they would have to pay him for the privilege. Once or twice, he walked by me and loomed over me in what I’m sure he thought was an intimidating manner. We all know how easily intimidated I am.

The second annoyance wasn’t con-related, but it happened when the fans were just starting to make their way around the vast guest and vendors hall. I received a cell phone call from the assistant to a doctor who was substituting for my regular doctor while he was on a much-deserved holiday.

That’s when the assistant got nigh-hysterical. I couldn’t wait that long. I had to start taking the potassium immediately. I tried to explain to her that I was at a convention and not near any of the places where I could get the prescription filled. She wasn’t having any of it. She started to make me worried.

Finally, I told her to call Barb. My wife is a pharmacist who - at the time - was working for the same healthcare outfit as my regular doctor. If the assistant called the prescription in to the location where my wife was working, Barb could get it filled. That seemed to relieve the assistant somewhat.

I grew more and more anxious about the low potassium levels. I should have known better, but some vestigial awe of the shaman from past lives had kicked in. Ultimately, I departed Wizard World two hours before the event’s Friday night closing time.

Despite the intense urgency of the substitute doctor’s assistant,  the potassium prescription was not called in to the location where my wife works. She would not be able to get the potassium until the following day.

When I got home, we did some quick research and determined eating a couple of bananas could tide me over until I got my life-saving potassium pills.

When I got the potassium pills on Saturday, I discovered they were comically large. Maybe not horse-sized big, but considerably larger than the blood pressure and other medications I take. Having eaten a couple of bananas Saturday morning, I decided to wait until that evening to start taking them, a time when I could cut the pills in half with my handy-dandy little pill-cutter. I somehow managed not to die before I started taking them.

When we finally saw the lab result after the convention, we found that my allegedly life-threateningly low potassium level was only .1 lower than the normal potassium range. My regular doctor might well have prescribed potassium pills for me, but he wouldn’t have gotten all worked up about it. He’s been my doctor for two decades and knows my levels don’t always match up to the so-called norms. Part of that is because of my Mediterranean heritage. Part of that is because I’m a freak of nature.

While my Wizard World Cleveland weekend might have gotten off to a rocky start, I still had a wonderful time at the convention. I’ll start telling you about in tomorrow’s bloggy.