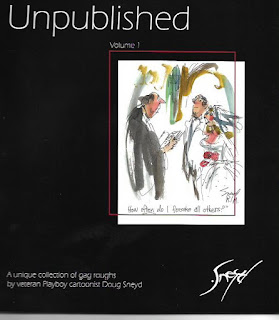 Pensacon was in full swing on Friday, but I was told Saturday would be amazingly busy. That was no exaggeration. I was on the go from the moment I arrived at the Pensacola Bay Center - a little before the show opened early to fans who had purchased special VIP passes - to the moment I left. As I reported in yesterday’s blog entry, I signed a bunch of Isabella-written stuff, handed out fliers for the collections of my Black Lightning and Champions work of the 1970s, and drew dozens of “Godzilla” sketches. I wasn’t keeping track of how many sketches I did, but, if I had to guess, it was somewhere between 60 and 75 different ones.

In addition to the above “Artists Halo” activities, I answered all sorts of questions about my career for the fans, posed for photos with them and was interviewed for two or three podcasts. I didn’t keep track of the podcasts. Not taking proper notes is becoming a bad habit with me. Assuming the podcast folks let me know when the interviews are available online, I’ll share that information with you here and on Facebook and Twitter.

My only “gripe” about Pensacon was that I was afraid the convention wouldn’t be getting its money’s worth out of my appearance. I was only scheduled to appear on two panels, though I was drafted for a third panel. Two took place on Saturday and one on Sunday.

Quick digression. I enjoy appearing on panels and even moderating them. I can’t do back-to-back panels because I need to recharge a bit between such appearances, but I love doing them. If you are a convention promoter who is paying my expenses to be a guest at your event, don’t be shy about putting me on panels.

Before Pensacon’s main vendor area got swamped, I strolled around it for a spell. My first of two Pensacon purchases came when I met legendary Playboy cartoonist Doug Sneyd, whose great gag drawings for the magazines were among the reasons I could honestly say that I bought the magazine more for the cartoons and articles that the pretty ladies who wore smiles and little else.

I chatted with Sneyd for a bit and saw he was selling Unpublished Volume 1 [$25], a cool collection of cartoon roughs he had pitched to Playboy but which had not sold. I knew I had to have a copy of this book even before I found out Doug had drawn wonderful sketches  on the introduction page of each book. A great book and an original Sneyd sketch for $25? That might well have been the best bargain of the convention. I hope he has a Volume Two when next I see him at a convention.

My first panel was THE STORY CRAFT OF COMIC BOOKS at 1 pm. Hosted by Ryan Patel, the panel featured Victor Gischler, Barry Gregory, Mike Grell and Kelly Yates. We talked about the different methods of writing comic-book scripts, our individual preference for this or that method and our own process for writing our stories. I won’t speak for my fellow panelists, but here’s the Tony Isabella method of making with the stories.

I prefer to create/choose and get to know my characters first. The more I know them, the more they steer the direction of the stories. Some of my best moments have come when the characters lead me into some scene I hadn’t anticipated before we got there.

I prefer writing full-script because it gives me more command of my stories. But I can and have worked in just about every method known to the industry. I’ve written loose plots and panel-by-panel plots. I’ve broken down a story on index cards and then read the cards to the artist over the phone. I’ve sat down with an artist and worked out the story, scripting the pages as they were finished. I might prefer full-script writing but I pride myself on being adaptable to  the needs of the situation.

I don’t like artsy-fartsy comics. I believe that if you have a good story, you should tell it clearly and without the kind of “frills” so beloved by the academics who don’t think something can be art if it isn’t confusingly ponderous. Just tell the damn story!

My second panel of the day came via an invitation from moderators Thomas Boucher, Michael Manning and Thomas Strange. At my Artists Halo table, for their podcast, they interviewed me about the Black Bomber. Do a search on this DC Comics character who never was. You will be amazed and horrified in equal measure. They also invited me to join them for a panel they were doing that afternoon.

The HORRIBLE HORRIBLE HORRIBLE HORRIBLE STEREOTYPES IN COMIC BOOK HISTORY panel and slideshow took place at 4:45 pm. There had been a glitch in the earlier Black Bomber interview, so I told the tale again during the panel. Also discussed (and shown) were characters like “Pie Face”, “Egg Fu”, “Chop Chop”, “He-She”, “Steamboat” and too many others. It was a lively discussion that showed comic books had come a long way in recent years. Probably not quite far enough, but the journey was well underway.

Digression. The entire story of the Black Bomber and my subsequent creation of Black Lightning will be told again - with new details - in my forthcoming memoir of sorts. That book is a long way off, but I will let you know when it’s finished and when it’s available for purchase.

If I have any regret about attending Pensacon, it’s that I didn’t have the energy to enjoy the after-hours fun surrounding the show. Increasing my stamina for future events is definitely on my bucket list of things I want to accomplish this year.

On the way back to the hotel, I shared a van with Fred (the Hammer) Williamson, legendary NFL player and actor. We chatted a bit and I would speak to him at somewhat greater length on Monday morning at the airport. More on Williamson in a day or two.

In my room, I ordered a light meal from room service, answered the second batch of questions for an upcoming Alter Ego interview, did a bit of work for a client and ended the evening reading the first volume of Arina Tanemura’s Idol Dreams [Viz Media; $9.99]. 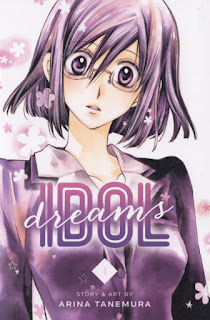 At age 31, office worker Chikage Deguchi feels she missed her chances at love and success. When word gets out that she’s a virgin, Chikage is humiliated and wishes she could turn back time to when she was still young and popular. She takes an experimental drug that changes her appearance back to when she was 15. Now Chikage is determined to pursue everything she missed out on all those years ago—including becoming a star.

I have mixed feelings about this manga. Chikage is an interesting, likeable protagonist. Some of the supporting characters, especially driven male teen idol Hibiki, are pretty interesting. However, the pairing of a 31-year-old woman with a teenager, even if they seem to have a merely professional relationship, creeps me out more than a little bit. I feel a similar uneasiness about Tokita, Chikage’s former classmate who supplies her with the drug and is secretly in love with her. I’ll have to read another volume or two to suss out if I like this series or not.

I’ll be back tomorrow with the penultimate chapter of my Pensacon 2016 report. See you then.