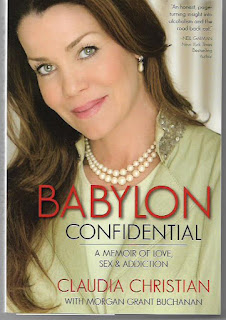 Sunday was the final day of Pensacon and, though I was feeling tired, I was still looking forward to it. Everything I had learned about the show was impressive.

I’ve described Pensacon as the best-run convention that isn’t San Diego’s Comic-Con International. That assessment becomes even more remarkable when you consider this was only the third year of Pensacon. When the organizers planned their first convention, they believed they would draw a few thousand fans, maybe as many as five thousand fans. Their attendance topped 17,000.

The city of Pensacola was quick to realize what a gem they had in this convention. The city, the media, area restaurants and more all got behind the event. It was grown so large that the Pensacola Bay Center can’t hold it all. So there was programming, gaming, a film festival and fan organization tables at the Crowne Plaza Pensacola Grand Hotel. Many of the larger celebrity panels were held at the nearby Rex Theatre. More panels were held at the Saenger Theatre, accessible via a free trolley ride.

I’ve also spoken of the great organizers and volunteers who truly made the Pensacon guest experience wonderful. One person who was at the convention tweeted “comic book/strip writer Tony Isabella gets my vote for nicest guy at Pensacon.” In thanking him, I responded “It was easy to be nice among the wonderful Pensacon fans, guests, organizers and volunteers.” You can bet I’ll be recommending this show to my friends and readers.

Sunday was sort of a blur to me. I got to meet Claudia Christian, who played Susan Ivanova, my favorite Babylon 5 character, and get a copy of her book. What was so great about Christian’s portrayal of the character was the writers threw into every kind of situation imaginable - action, drama, grief, humor, romance - and she nailed it all. Even with great writing, those scenes could have gone south in so many ways...and they never did. Claudia appreciated my quick praise of her work and was very gracious. 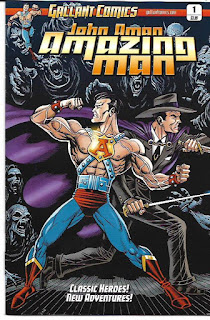 Barry Gregory, who was on Saturday’s writing panel with me, gave me a stack of his John Oman Amazing Man comics. Writer Gregory teamed with artist Steven Butler to do a new take on the classic character created by Bill Everett. Just flipping through the issues, I saw a number of other public domain heroes and villains showing up. Now that my convention journeys are over for a few weeks, I’m looking forward to reading and reviewing these comics.

I spent the rest of the day handing out fliers for the collections of my 1970s work - Marvel Masterworks The Champions Volume One and Black Lightning Volume One - signing Isabella-written comic books, answering questions and doing my badly-drawn free sketches of a sea creature who was only Godzilla in my addled brain. The time passed very fast, so fast I never got to hit the vendors area the rest of the day. Sigh.

My third and final panel of the weekend was WRITING FOR NOVELS VS. COMIC BOOKS with moderator Chris Kubiak and fellow guests Nancy A. Collins and Victor Gischler. Nancy and Victor have written a great many novels. I’ve co-written two with Bob Ingersoll. I was really out of my league here. Which is not to say I didn’t enjoy the panel or gain anything from it.

My experience with novels has consisted completely of writing for licensed properties: Captain America and Star Trek. This meant Bob and I had to produce chapter-by-chapter plots for these two novels. Which wasn’t terribly different from doing plots for comic books.

However, listening to Victor talking about the freedom of starting a novel with a basic idea and by writing the first page got my envy going. I’m going to have to try that in the hopefully near future.

About the only amusing story I could add to the proceedings was by telling the audience how Marvel, after reviewing the chapters plot for Captain America: Liberty’s Torch, wanted us to make the militia villains of the book not racist. We took out one scene and added a bunch of others that made it clear the militia villains were just as racist as we originally intended. We didn’t figure the folks at Marvel would read the finished manuscript. We figured correctly as no manuscript changes were requested.

That wasn’t me being ornery. My extensive research into the militia groups of the period made it clear that almost all of these groups were racist. Like the Tea Party. Like Donald Trump supporters. It would have been dishonest to downplay that essential component of such domestic terrorists. You may not like my writing, but I always strive to do my work with clean and honest hands.

The panel took up the last of my energy. I went back to my Artists Halo table, left a bunch of signed fliers, then got a ride back to the hotel. I again ordered off the kids menu, did some reading and packing, watched some TV though I couldn’t tell you what I watched if my life depended upon it. I fell asleep. Soundly.

As I’ve said in earlier chapters of this Pensacon report, I regret not being able to take more advantage of all the activities around the convention. If I am again invited to the show, I hope to avoid that regret.

Pensacon was over, but my Pensacon experience still had another day to go. Come back tomorrow for the big finish.

Posted by Tony Isabella at 3:32 PM